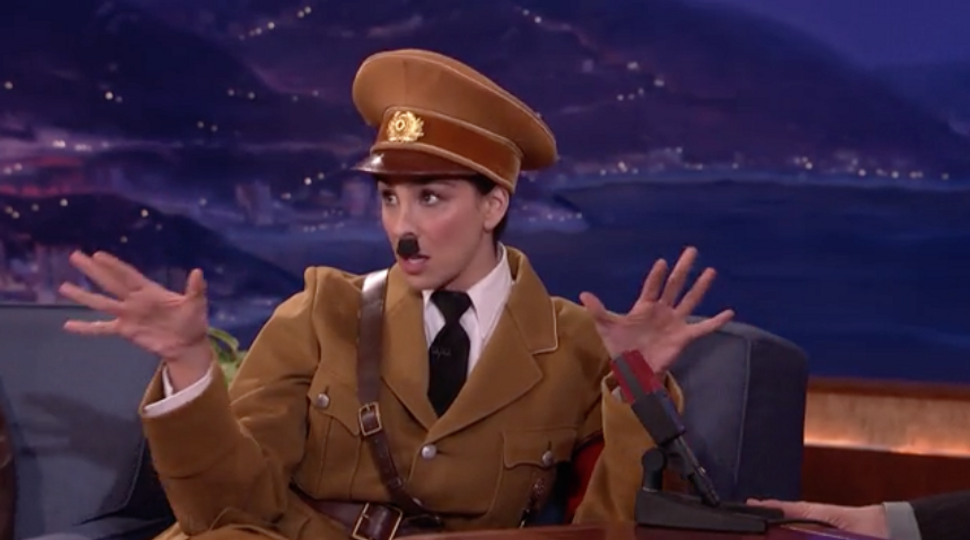 Just when you think Sarah Silverman can’t possibly do anything else to shock you, she goes ahead and does just that.

In a must-see interview with Conan O’Brien, Silverman stepped out in full Nazi garb as Adolf Hitler to the sound of thunderous applause, addressing the recent “unfavorable” comparisons to GOP front-runner Donald Trump. 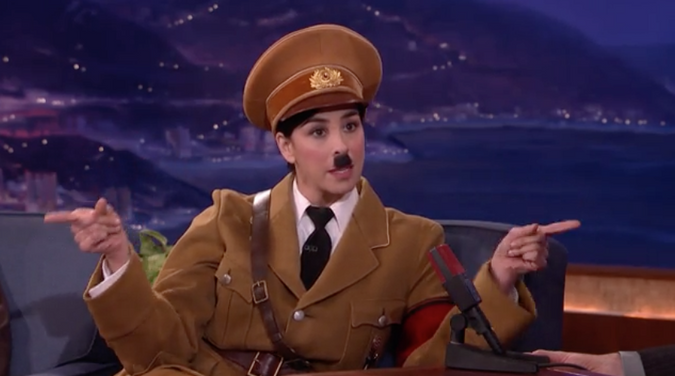 “What kind of person talks about his penis size on national television?” Der Fuhrer asked. “I famously have a micropenis, that’s what makes a tyrant.”

“Hitler, I am very sorry to hear about your micropenis,” O’Brien said, referring to the recently that claim Hitler not only had an extremely petit penis but also just one testicle.

“If I had a gold filling every time I heard that,” Silverman quipped to the sound of gasps and muffled laughter. “Ohhhh, I can’t believe Hitler went there,” she mocked the audience. 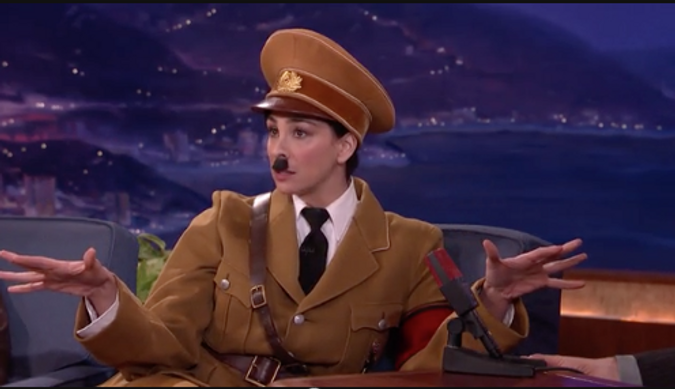 But really, Hitler was there to clear the air about Trump. “All these comparisons to Trump, it’s like, it bums me out, you know what I mean? Sometimes I watch him and I’m like, ‘Is that how people see me?’ And I have to be honest, Trump, he’s starting to make me rethink some of the things I’ve done.”