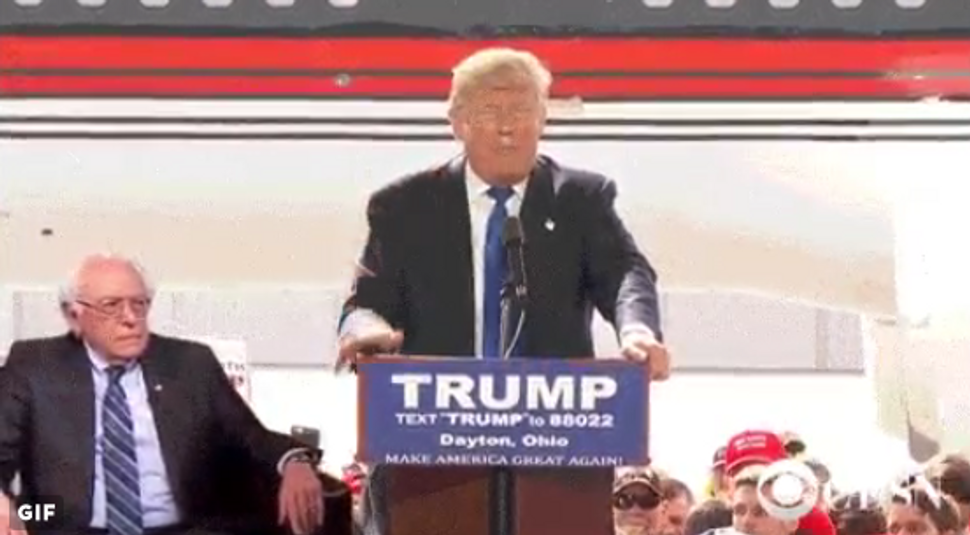 We all owe a debt of gratitude to the Internet genius that created this GIF of Bernie Sanders scaring the bejesus out of Donald Trump at a rally.

And it seems everyone was a fan:

Here it is, the best GIF of this entire election cycle: pic.twitter.com/hEK3ovBWJm

Trump may blame @BernieSanders, but here’s why he can expect more protests at his rallies: https://t.co/3L3XynWvgN pic.twitter.com/xgN061TMib

This GIF is everything. #Trump #BernieSanders #USA #Politics #Trump2016 pic.twitter.com/DEtd7nAV3s

And if you’re wondering where they got that hilarious Sanders bit, well, here’s the original: