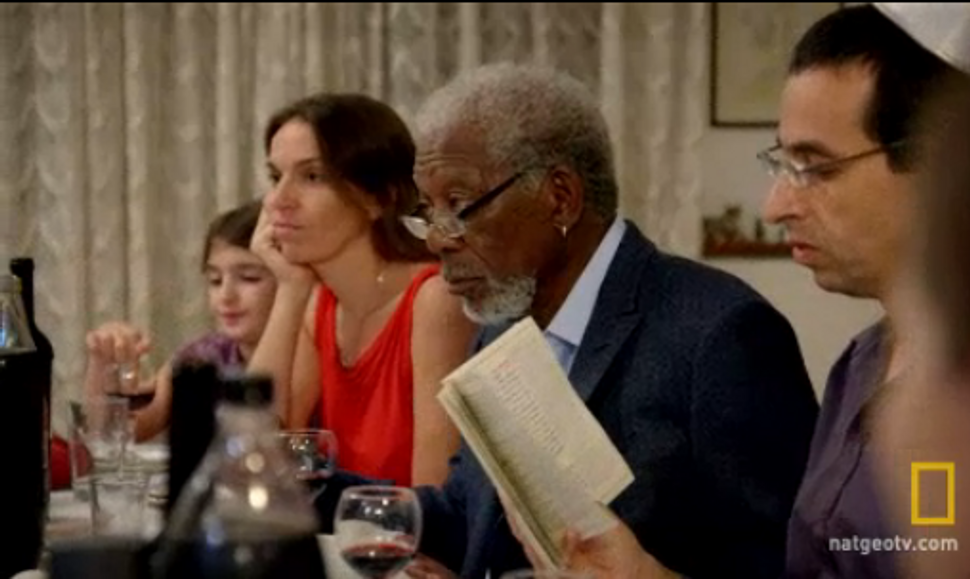 Morgan Freeman attends a Seder as part of his show “The Story of God.” Image by National Geographic 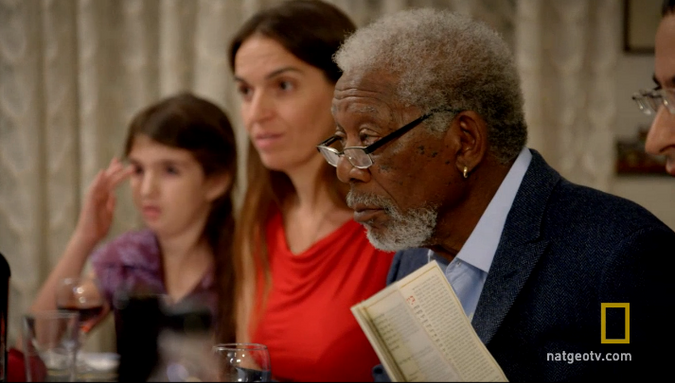 Morgan Freeman attends a Seder as part of his show “The Story of God.” Image by National Geographic

Morgan Freeman broke bread (or in this case, matzah) with Rabbi Maya Leibovich in Jerusalem as he explored the meaning of religion in his National Geographic documentary series, “The Story of God.”

During the Seder, Freeman learns about Jewish freedom from slavery in Egypt from Leibovich, who is the first female rabbi to be born in Israel.

“With all due respect, Morgan, the children are the center of this night,” Leibovich jokingly told the actor, who portrayed God in “Bruce Almighty” and “Evan Almighty,” as she explained the various parts of the Seder to him.

The episode aired Sunday and is part of Freeman’s documentary show, in which he tackles questions of belief and religion, and for which he traveled to Jerusalem.

Watch a sneak-peek from the episode here: