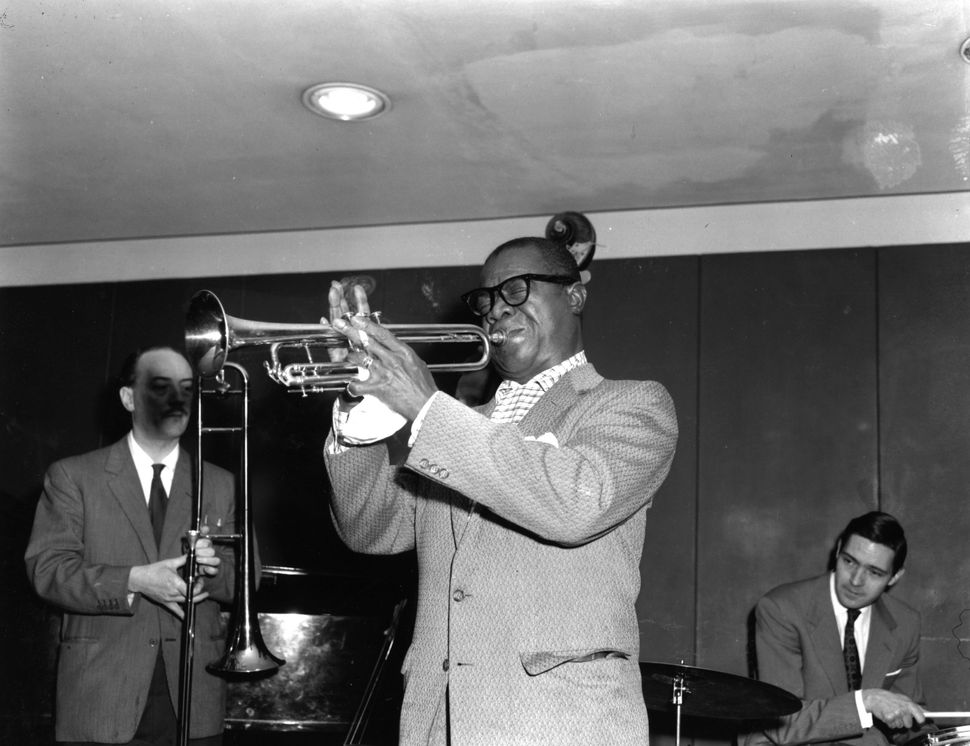 Louis Armstrong, the late, great, gravel-toned jazz genius, would have been 115 today. From his childhood, the legendary singer, trumpeter, composer and actor, who wore a Star of David for much of his life, was personally and professionally shaped by a number of rich connections with Jews. Most significant among them were those he had with the Karnofsky family, Lithuanian Jews the musician met in his hometown of Louisiana, and Joe Glaser, his longtime manager. The stories of his relationships with them, told in as many Armstrong song titles as possible – covers included – are below.

When Armstrong was a child, his life was far from “La Vie en Rose;” born to a 16-year-old mother and a father who quickly abandoned the family, Armstrong grew up in dire poverty. “Nobody Knows the Trouble I’ve Seen,” he might have thought to himself; well, the Karnofsky’s did. Poor but generous, they gave Armstrong odd jobs with their junk hauling business, took him in, and fed him. Eventually, they bought him his very first instrument, a cornet; in that moment, he might have declared “What a Wonderful World.” Years later, Armstrong penned a memoir of his time with the Karnofsky’s titled “Louis Armstrong + the Jewish Family in New Orleans, La. The Year of 1907.” Clearly, he was nostalgic; “Do You Know What it Means,” he might have asked his readers, “To Miss New Orleans?”

Glaser, born into a Chicago family of Russian Jews, started managing Armstrong in 1935. Glaser, who had ties to the mob, met Armstrong when the latter began playing at his famous Sunset Café. Their partnership lasted for decades; with Glaser by his side, Armstrong felt he could finally “Shine” as a vocalist. As Benjamin Ivry wrote for the Forward in 2014, Armstrong dedicated his memoir of the Karnofsky family to Glaser, writing he was “The best Friend/That I’ve ever had/May the Lord Bless Him/Watch over him always.” Some think their partnership was more complicated than that inscription implies; Armstrong might reply that, well, it “Takes Two to Tango.”

Louis, we miss you. We’ll be looking for you “When the Saints Go Marching In.”