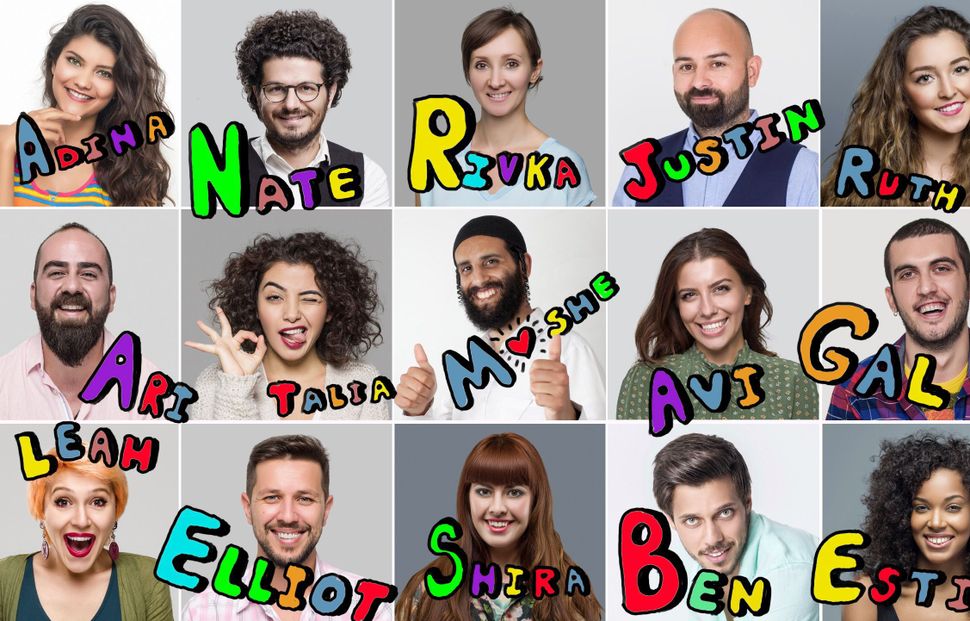 Disclaimer: This is not an exhaustive list. Let us know in the comments what names we left off!

Joshua – “The super cute guy you crushed on in Hebrew school, and you still dream about once in awhile.”
“Makes a ton of money in his Wall Street job but will always insist that you pay exactly for what you ordered at dinner.”

Shlomo – “He enlisted in the IDF but they assigned him to the backpack-sewing division.”
“Keeps his prescription sunglasses hanging around his neck, just in case.”

Zach– “Total AEPi bro, whose idea of a first date is the annual booze-soaked Hanukkah party.”
“Totally agree. I once got a booze ice luge as a mystery maccabee from a Zach. Admittedly also an awesome gift…”

Justin – “Probably not Jewish.”
“Totally Jewish! But like a Jewish boy whose parents are really sensitive to his future secular employment prospects.”
“Are you sure he’s Jewish?”

David – “This is my dad’s name so I automatically cannot date half of the Jewish population.”
“Your standard brown-haired, 5’8’’ Jewish guy whose name you always forget.”

Daniel – “The nice dentist your mom wants you to date, but with whom you have absolutely no chemistry.”
“Also, didn’t you read that dentists are super depressed?”

Michael – “Nice guy, but doesn’t realize all of his friends are way cooler. He is also very white.”
“Yes, a wannabe WASP who enjoys sailing and golf.”

Moshe – “Super hot Chabad dude who will break up with you because you are not religious enough.”
“The guy that always insists on musical havdalah. And on playing his guitar in the musical havdalah.”

Elliot – “He really loves tennis. Like, really loves it. Like, more than he’ll ever love you.”
“Always talks about how the only reason he didn’t get into Harvard is because of anti-Semitism.”

Jonathan – “The perfect man, smart, loves to cook and a med-student — but he doesn’t date Jewish girls.”
“He likes to write poetry in his free time. Also he’s a very outspoken atheist and member of the Green Party.”

Avraham – “Goes by Abe around non-Jewish friends, but likes to brag to you about how he studied in a Yeshiva.”
“Works out at equinox.”

Jacob – “Scored a Goldman Sachs internship 7 years ago. Now works in accounting.”
“Makes enough money but still chooses to live at home so he can eat his mom’s food.”

Isaac – “a total BuJew, only eats organic, vegan food.”
“A macho bro who is also a low key mama’s boy.”

Eitan – “Definitely the Hillel president. And probably from New Jersey.”
“Works at a PR agency.”

Adam – “Really going through a Republican phase right now.”
“Just wants to find a nice Jewish girl to settle down with.”

Ben – “What a sweet guy. Can’t cook to save his life, and only ever wears red sneakers, but a total sweetie.”
“Majored in theatre. Works for the President.”

Nate – “Ugh, Nate is definitely the boy version of ‘that’s what makes you beautiful.’ A super catch.”
“Still has his whole Lego city set up in his mom’s basement. When he goes home for Rosh Hashanah, he makes sure to give it a good dusting.”

Judah – “Makes a point of eating the best burger in every city he goes to.”
“Cleans his room once a day, but somehow never does his laundry.”

Benjy – “Slightly less sweet than Ben, but it kind of turns you on.”
“Has received a personalized mug for his birthday no less than four times.”

Sarah – “The first one to get married from your high school class.”
“She Instagrams everything, will probably even Instagram herself reading this list.”

Rivka – “Totally not religious anymore, but totally stuck with her superJew name forever.”
“Likes to dress in all black.”
“Yeah, very ironically chic.”

Rebecca – “Really into soulcycle.”
“Addicted to Sweet Greens salads.” “Has two rats as pets, because ‘Rats are smarter than dogs.’”

Leah – “Always has a million dietary requirements that change with the wind. Especially fond of hating on margarine.”
“She’s the girl who always says she wants to catch up with you when you run into each other but then proceeds to ignore your texts.”

Michelle – “Totally the gossip queen. Knows all the deets about Moshe the Chabad guy’s dating life.”
“Has beautiful natural curls, but you’d never know: she won’t leave her house if her hair isn’t straightened.”

Esti – “One of those girls that somehow manages to dress really modestly but also always look better than you doing so.”
“Is studying to be an occupational/physical/speech therapist.”

Shira – “Either her dad is a rabbi or her mom wants her to marry a rabbi.”
“Spends all her money on cocktails.”

Rachel – “Went to obnoxiously good schools and is obnoxiously not pretentious about it in the slightest.”
“Super feminist and super ambitious.”

Talia – “has sworn off dating Jewish men forever, until she meets the next one…”
“Thinks she can sing. Can’t.”

Malkah – “Has a food blog with 3 readers but still posts photos daily.”
“Her parents still don’t understand she’s in med school to be a doctor, not a nurse.”

Yael – “Very spiritual. But not an annoying way, just in like a, would rather be doing yoga and drives a Volvo way.”
“Loves talking about how everything is better in Israel but won’t ever move there.”

Maya – “Super wannabe Israeli. Went through a year of wearing only long flowy skirts and tanktops.”

Esther – “recently became religious and can’t stop talking about it every time you get coffee.”
“Sets the picture of you on her phone to a picture of bacon because one time you told her that bacon is yummy. It’s a little hurtful.”

Hannah – “she’s a quarter Native American and she loves talking about it.”
“Also, she claims to be fluent in French, but that one time your French cousin came to visit, she turned red and left the room.”

Devorah – “Just wants to be left alone with her Nicholas Spark book.”
“Has a dating profile on every single app.”

Miriam – “She’s kind of annoying but you still always go to her Shabbat dinners because her challah is so freaking delicious.”
“Every single guy who asks you out has somehow already dated her.”

Naomi – “Definitely your best friend. Super nice in every way, and also really has her shit together.”

Ruth – “She loves animals. Is always posting sad dogs that need to be adopted on her Facebook page.”

Ari / Avi – “These two get really confusing in email. And in group projects. And in general. And I’d imagine in online dating if photos weren’t a thing. But also a good default to mumble if you don’t remember someone’s name.”

Eli – “Eee-lie gets really offended when you call them ehl-ee, and vice versa.”
“Really into whatever they’re doing life-wise. Probably was president of all the student organizations.”

Yuval – “Yuval is the buff commander you fall in love with on Birthright, who takes you to the most delicious hummus spot in the Old City and buys you your first shot of arak, and then breaks your heart when she tells you about her high school sweetheart, another buff commander whose unit is so secret they dont even know what unit they’re in.”

“Dated because Yuval looks very attractive in soldier outfit but you could not communicate since Yuval’s English was so bad.”

Gal – “I feel like this is one of those names that is really cute in Israel but really dumb in America. Kinda like Dudu.”

“One time, you pointed out that Gal’s name was just ‘wave’ in Hebrew, and that that was kind of boring, and Gal said, ‘Well you don’t even know what your name means!’ and then stormed off to go surf. And that was how you broke up with Gal.” 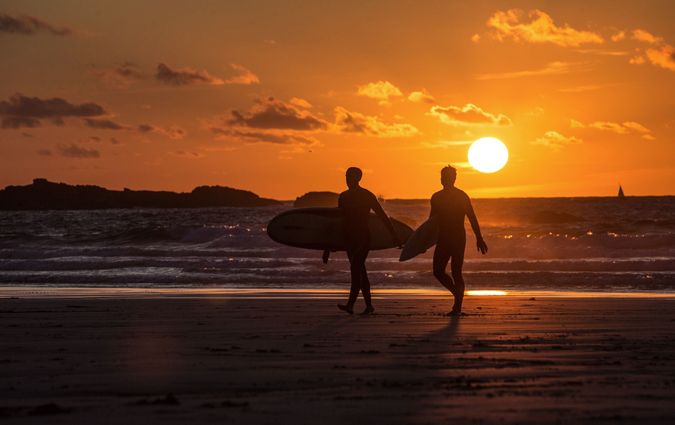