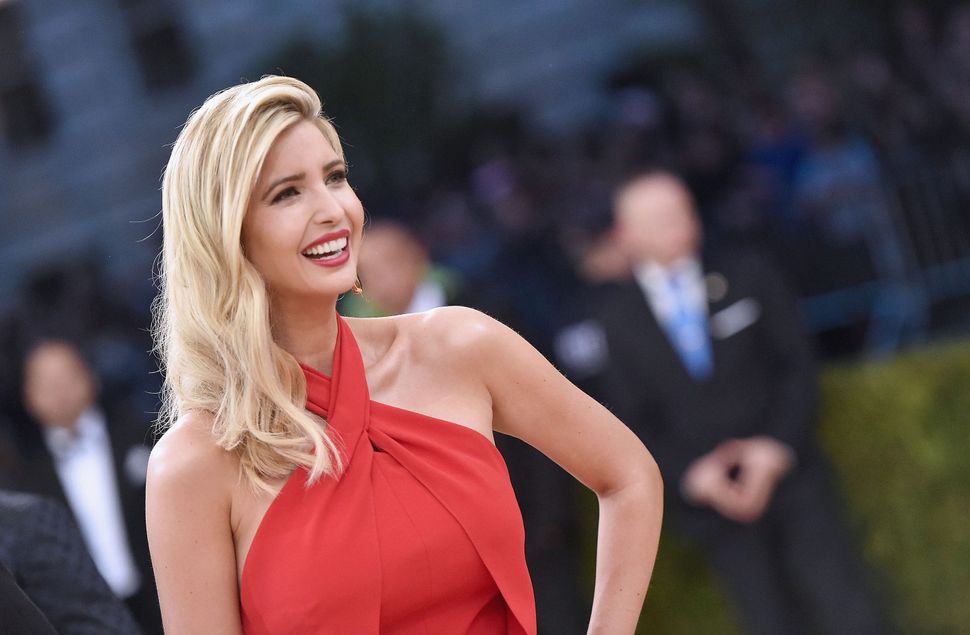 Ivanka Trump makes news, even when she’s on vacation.

Just in the last few days, the daughter of the Republican nominee has been in the news for sightseeing in Croatia with Rupert Murdoch’s ex-wife — and Vladimir Putin’s rumored girlfriend — Wendy Deng Murdoch. Then she was seen maxin’ and relaxin’ alongside her husband, Jared Kushner, on Hollywood mogul and longtime Democratic donor David Geffen’s $200 million yacht.

Now, the women behind an indie jewelry line favorited by celebrities like Beyonce and Rhianna are looking to make an example of Trump for her father, Donald Trump’s, controversial policies.

Jill Martinelli and Sabine Le Guyader, the founders of the jewelry line Lady Grey, took to Instagram Tuesday to post a note they included with Trump’s recent ear cuff purchase from their website. The note read:

“Dear Ivanka, Thank you for your web order! We’re happy to let you know that the proceeds of your sale have been generously donated to the American Immigration Council, the Everytown for Gun Safety Organization, and the Hillary Clinton campaign. We hope you enjoy your new Lady Grey #helixcuff. Best, Sabine and Jill.” They added a #thanksbutnothanks hashtag to the post, to drive the point home.

In an email to The Cut, Martinelli said that “the note was included in her package and shipped last week directly from our studio in Brooklyn,” adding, “While we were flattered to receive an order from Ivanka Trump, our social and political views couldn’t be further from those of the Trump campaign. When we received her order, we instantly felt compelled to take the money and donate it to a few organizations that were more aligned with our ideals.”