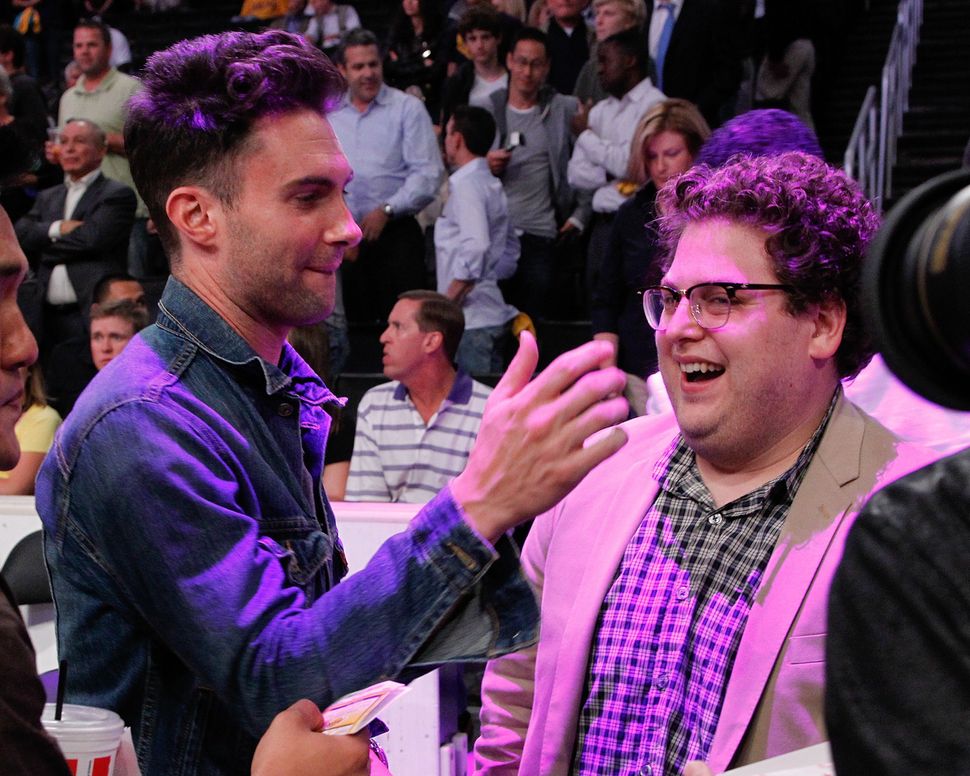 We’ve just discovered a Jewish bromance for the ages.

Jonah Hill stopped by “The Howard Stern Show” yesterday to promote his new film “War Dogs” and (as all Stern celebrity interviews tend to go) dropped some delicious gems along the way.

Turns out the 32-year-old actor has been friends with Adam Levine since childhood and was even asked to officiate the singer’s wedding to model Behati Prinsloo.

Hill recalled terror hitting when he realized that his speech might have to be funny.

“I’m writing all these things and then I realize I have no jokes because I’m just trying to be thoughtful and respectful and loving,” he told Stern. “And then the fucking sick egomaniac inside of you says ‘Well I gotta kill a little bit too.’”

In the end, though, Hill went for sweet. “I just talked about what they’re both like, they’re very easy to say nice things about,” he said. “Some weddings you go to, you’re like these fucking people are going to get divorced. They love each other and they match each other.”

He did go in for one joke though, chiding his friend for all the famous people in attendance.

“Adam and I grew up together,” Hill recalled saying. “It’s so nice to see all the people we grew up skateboarding together growing up. Stevie Nicks, Robert Downey Jr.”

Jokes aside, the question on Stern’s mind was whether or not Hill made the moves on any of the many models attending the ceremony.

The answer, much to the shock jock’s chagrin, was a hard no.

“Afterwards I finished and I was fucking drained,” he said laughing. “I left the party after like 30 minutes.”