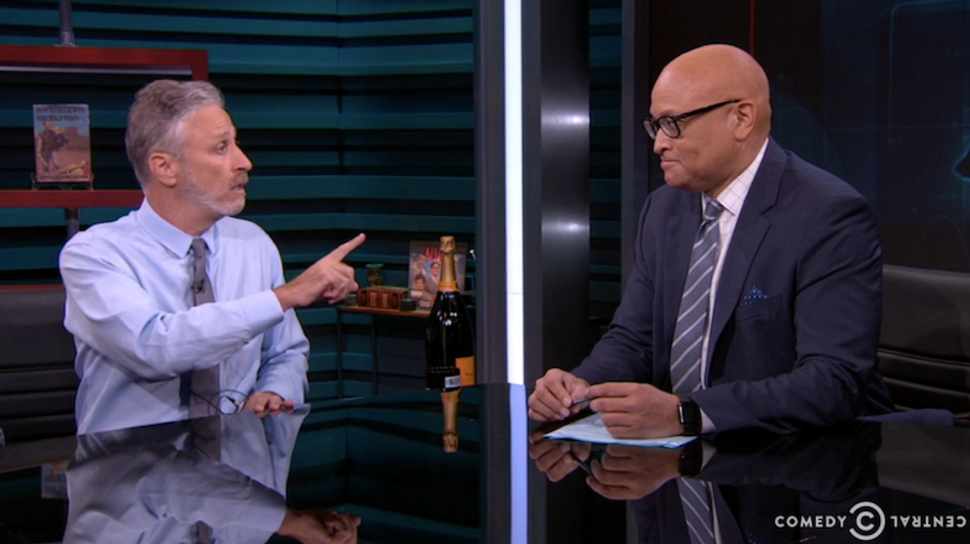 Jon Stewart made a surprise appearance on the last episode of Larry Wilmore’s “The Nightly Show” yesterday, delivering a heartfelt speech and a little serving of Yiddish.

Wilmore, who regularly appeared on “The Daily Show with Jon Stewart,” had the plug pulled on his show after Comedy Central decided it hadn’t “resonated” with their audience.

“Your last show? Oh my God — what, did you piss off Peter Thiel?” Stewart asked, after sneaking up on Wilmore and swiftly knocking out a joke on Gawker’s recent shut down.

The comedian, who is an executive producer on “The Nightly Show,” went on to recall a time he had been unceremoniously kicked off a TV program he worked on and told by a Paramount executive to “Get your shit and get out.”

“A very wise man told me do not confuse cancellation with failure,” he said. “And I took that to heart.”

Stewart addressed the network’s reasoning behind the cancelation, disputing the idea that Wilmore had not managed to gel with Comedy Central’s audience.

“What you, my friend, were tasked to do, you have done — and done beautifully,” he said. “You gave voice to underserved voices in the media arena. It was a show that was raw and poignant and funny and smart and all of those things. You did it from scratch.”

In classic Stewart style, he ended his speech with a bang, referencing to the infamous comment Wilmore made to President Obama during the White House Correspondents’ Dinner.

“You did it, my mishpocha [friend],” Stewart said.