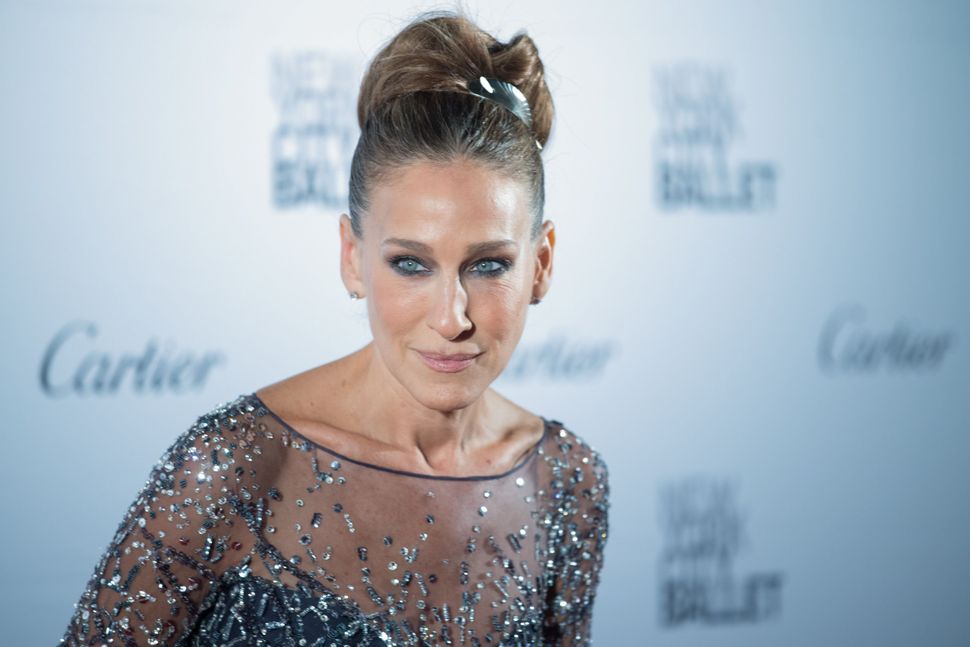 Sarah Jessica Parker came out on Instagram today officially announcing the end of her relationship with Mylan, the company that produces the EpiPen. SJP—whose son, James Wilkie, uses an EpiPen for his peanut allergy—had been involved in an initiative with Mylan to raise awareness for anaphylaxis, potentially life-threatening allergic reactions that the EpiPen (and the medicine it delivers, epinephrine) are designed to combat.

Parker stated that her decision to cut ties with Mylan is a “direct result” of the company’s recent price hikes regarding the cost of the EpiPen—and, looking at the numbers, she has a significant point. When Mylan started selling the EpiPen in 2007, it cost $57. Since then, the price has increased drastically each year, culminating in the recent announcement that the EpiPen would now be sold for over $500. That’s a price hike of over 400% in the span of nine years.

In her statement, SJP rightly accused the company of making the EpiPen cost prohibitive to “countless people”. She joined a large number of parents, educators, doctors, and general health and safety advocates who have been calling out Mylan for their actions, and it looks as if they may have had something of an impact. In a statement given to People Magazine today, Mylan said it would eliminate out-of-pocket expenses for uninsured and under-insured patients, and cover up to $300 of out-of-pocket costs at pharmacies.

It’s still not clear how much of that promise the company will actually fulfill, but good on SJP (and the many other people who raised their voices) for making a positive change. Because seriously, $500 for an EpiPen? That’s ridiculous. You go, girl.