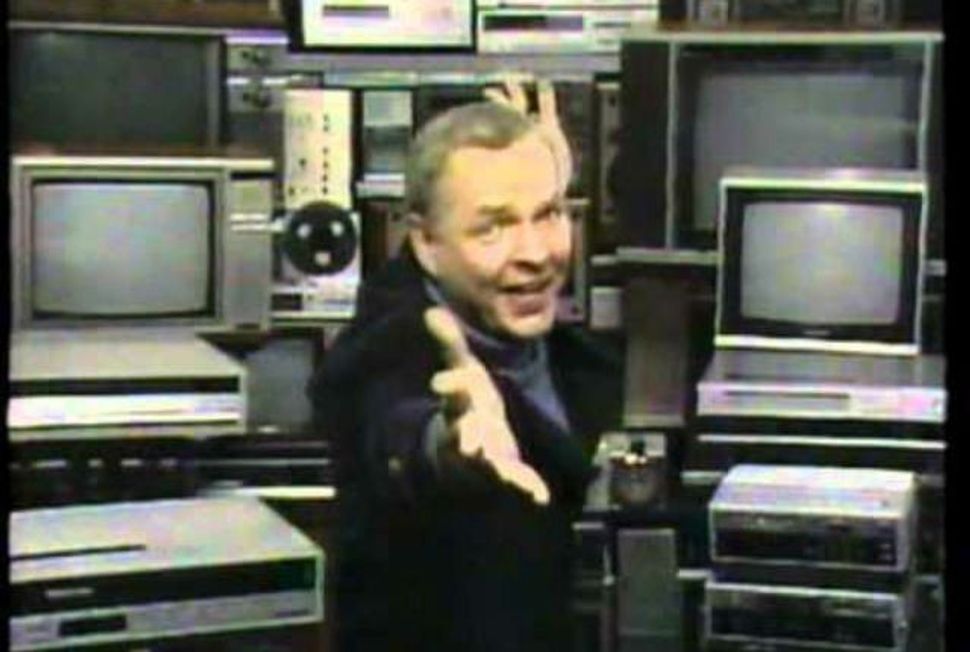 If you still remember one of the infamous Crazy Eddie commercials, you know his prices were “In-s-a-a-ane!” If not, you are about to find out.

Crazy Eddie was one of the electronic retail stores of the 70s and 80s, known for its low prices and cult status commercials.

The chain was founded in 1969 by Eddie Antar, who died at the age of 68 last Saturday.

Wacky commercials aside, the businessman was also known for landing in legal hot water. Antar fled to Israel in 1990 after being indicted on securities fraud. In 1993, he was extradited back to the U.S., where he eventually spent seven years in prison.

While Eddie Antar was the name patron, he is actually not the “Crazy Eddie” from the commercials. Instead it was late-night disc jockey Jerry Carroll, who starred in the ads for over a decade. With his super fast talking and endless touting of cheap prices, he was what made the commercials so fun to watch.

In memory of Crazy Eddie’s founder, here’s five of his craziest commercials.

2. The One Where They Sing in a Bathroom

3. The Crazy Christmas One

Make sure to listen to the lyrics.

And a little bonus: Bloopers