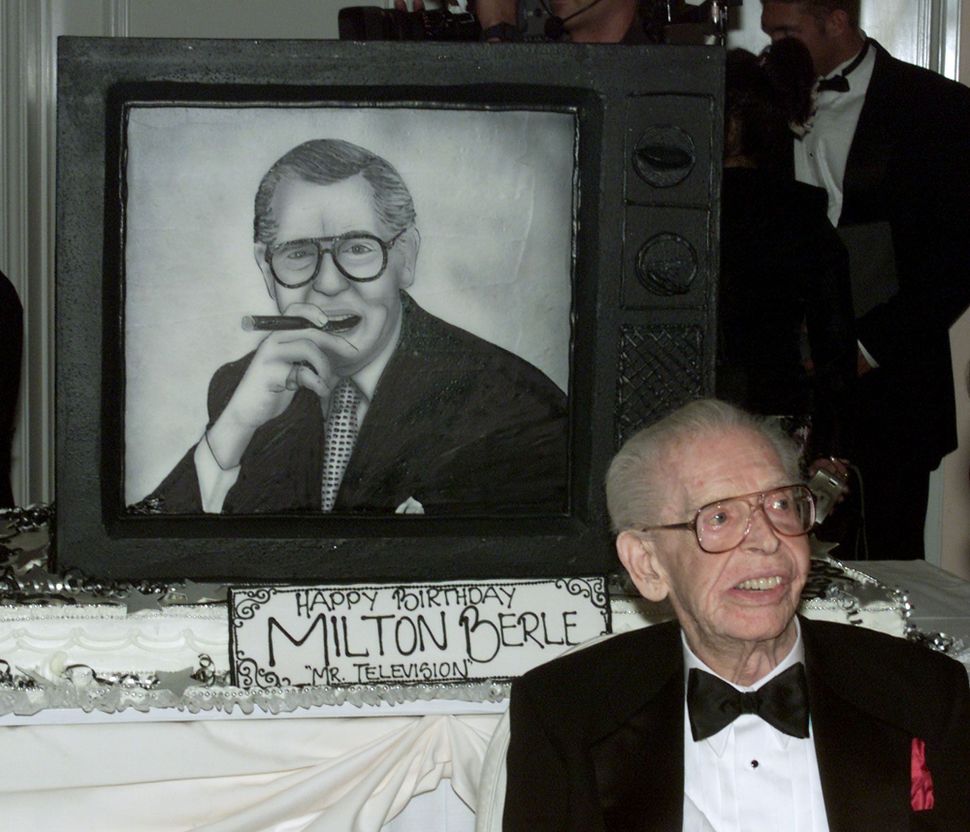 Amidst all the discussion around here about the cast and crew of “Transparent,” “Veep,” “Inside Amy Schumer” and the like, we were wondering who was the first Jewish personality to win a Primetime Emmy Award. Carl Reiner, perchance? Mike Nichols? Elaine May? The answer, as it turns out, is none other than Milton Berle, aka Mr. Television, whose talents and appeal some of us still find mystifying.

Anyway, Berle took home the honor for Outstanding Kinescope Personality at the second Emmy event held at the Ambassador Hotel in January, 1950. The awards did get a bit more interesting in subsequent years with Groucho Marx winning for Best Host in 1951 and Sid Caesar for Best Actor and Best Show in 1952. But in the early days, the Emmys were still trying to figure out what this new thing called television could be used for. Once, they even gave out an award to a cigarette commercial. Your 1951 Emmy Award Winner for best ad? Lucky Strike.