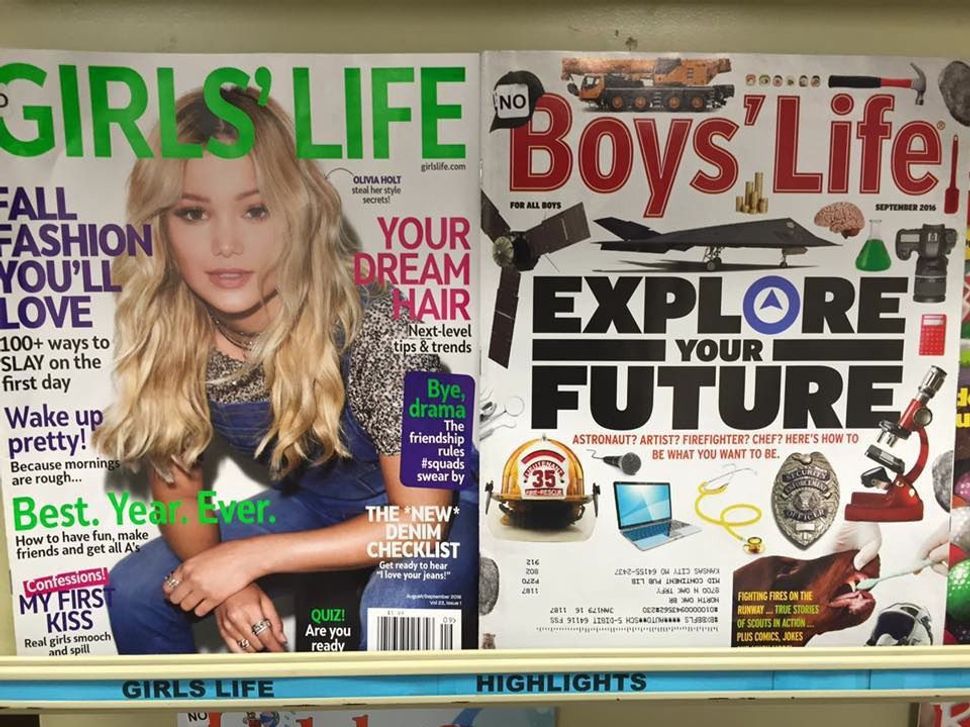 Between the fashion tips and romantic confessionals, women’s magazines get a bad rap for perpetuating sexism. A side-by-side image of the covers of “Girls’ Life” and “Boys’ Life” magazines circulating on the Web bore that out this week, drawing the ire of actress and comedian Amy Schumer.

Singer Olivia Holt graces the cover of “Girls’ Life,” surrounded by cliché teases for the articles inside: “Your Dream Hair,” “Wake Up Pretty,” “Bye, Drama,” “The ‘New’ Denim Checklist,” among them.

“Boys’ Life,” on the other hand, features a microscope, laptop, and chemical vial on the cover, with the words “Explore Your Future” stretched across the page.

Schumer dropped the mic on Twitter, posting the image with a caption below that simply read “no.”

Israeli writer Shoshanna Keats-Jaskoll also waded into the controversy with an open letter on Facebook to the magazine’s heads. “You CAN fight the tide of objectification of girls. You CAN create covers and stories that treat girls as more than hair, lips and kisses,” she wrote. “Until you do, I guess I’ll sign us up to BOYS LIFE because the quiz I want for my girls isn’t ‘Am I ready for a BF’ its ‘What Do I Want To Be.’”