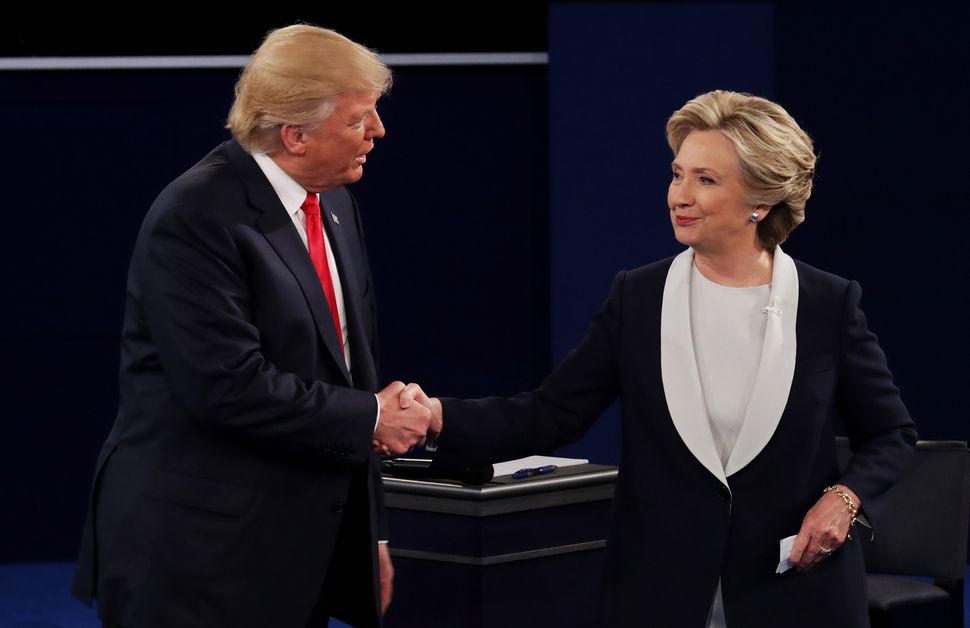 Everybody can relax now. The second presidential debate just came to a close and Americans can breathe a collective sigh of relief (or bury of your head in despair under a blanket…whichever works).

Celebrities took to Twitter to express their annoyance, bemusement and general outrage throughout the 90-minute town hall face-off—and we collected just a few of their best reactions.

He projects everything he is onto her. It’s actual sickness he’s not well #debate

This looks and feels like a rap battle. #debate

This is now indistinguishable from SNL.

Mike Pence must not be in the same locker room. #Debates

While I may not be able to moderate a debate, sounds like Mike Pence and Donald Trump might need to come on my show to talk things out.

They made that last question super positive so we don’t all lose our minds. Which I appreciate. #debate

I need a drink.