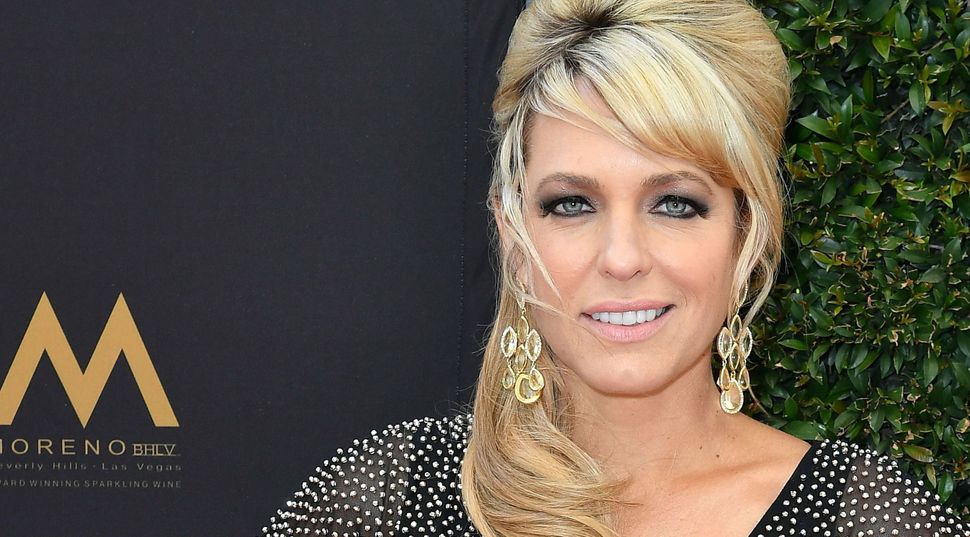 Arianne Zucker, the actress who was subject to Donald Trump and Billy Bush’s crude comments in a leaked tape from 2005, has spoken out against the Republican nominee’s comments.

Zucker took to Twitter on Sunday to say that the words of others cannot “effect the value of my self worth or define the content of [her] character.”

“How we treat one another, whether behind closed doors, locker rooms or face to face, should be done with kindness, dignity and respect,” she wrote. “Unfortunately, there are too many people in power who abuse their position and disregard these simple principles and are rewarded for it.”

Zucker went on to say that she will stay strong in the face of nasty words.

“In understanding the magnitude of this situation, I choose to stand tall with self respect and use my voice to enrich, inspire and elevate the best of who we are as people.”

The actress, best known for her role on “Days of Our Lives,” was thrust into the spotlight last week when footage was leaked of Donald Trump and former Access Hollywood correspondent Billy Bush crudely discussing her.

“Your girl’s hot as s—t. In the purple,” Bush can be overheard saying.

Donald replied, “Yeah that’s her with the gold. I better use some Tic Tacs just in case I start kissing her. You know I’m automatically attracted to beautiful… I just start kissing them. It’s like a magnet. Just kiss. I don’t even wait. And when you’re a star they let you do it. You can do anything.”

Bush has since been suspended indefinitely from his hosting duties at The Today Show. Trump delivered an apology for the comments in a Facebook video.

“Anyone who knows me knows these words don’t reflect who I am,” he said.