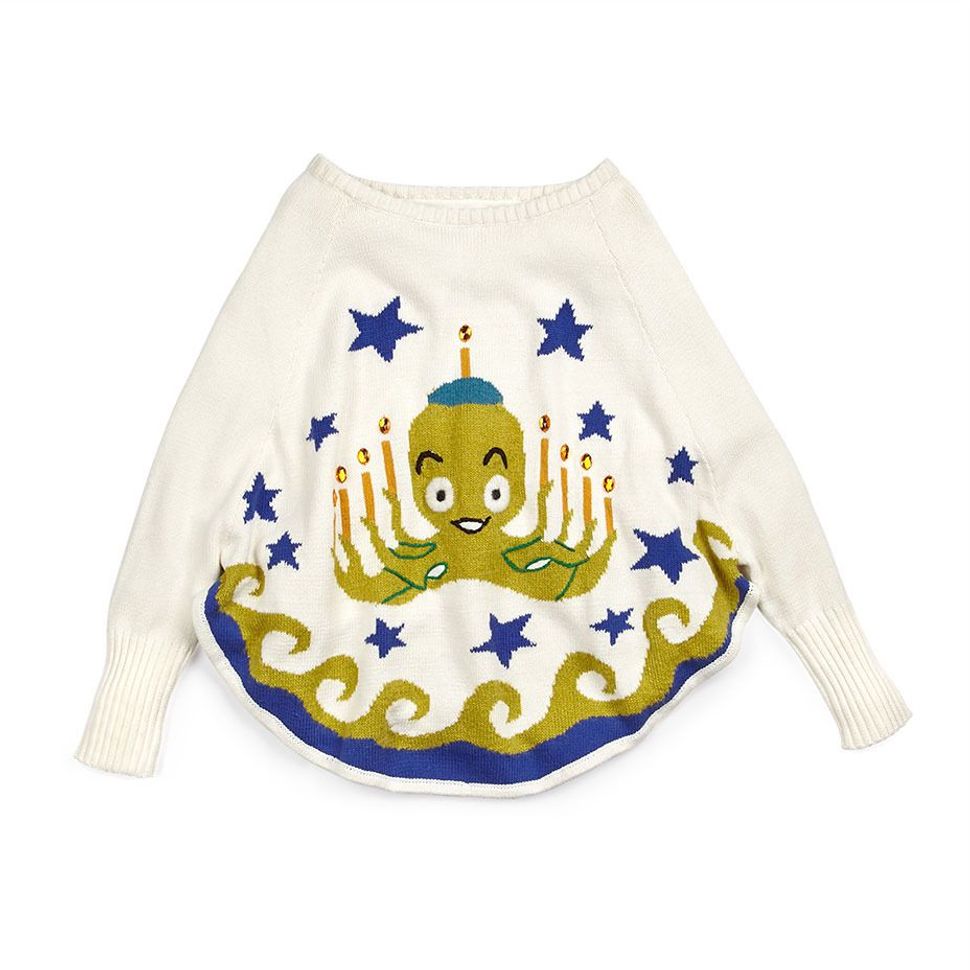 Image by Courtesy of Lord & Taylor

Whoopi Goldberg has announced a series of ugly Christmas sweaters for Lord and Taylor, (she calls them “funny”) including a Hanukkah octopus sweater. 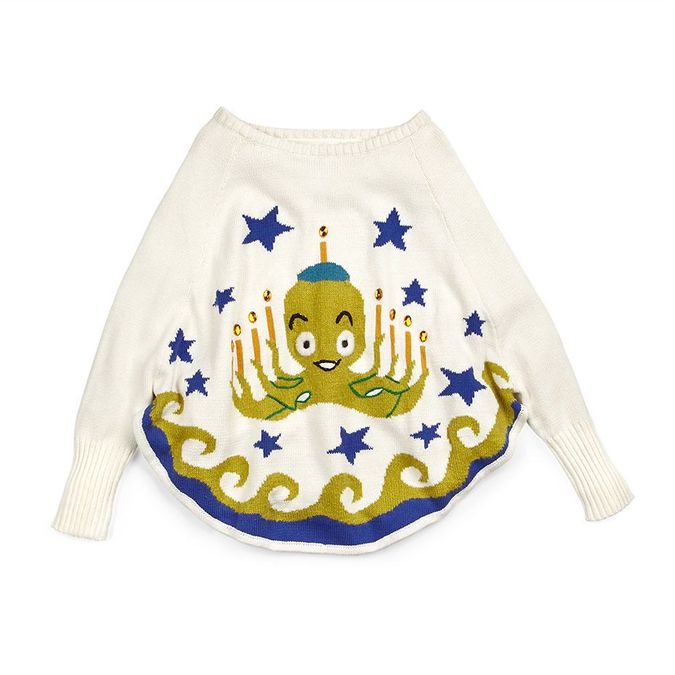 Image by Courtesy of Lord & Taylor

She told Vogue (Vogue!!) that

There’s an octopus; he is wearing a yarmulke. He has a menorah and he is trying to hold everything.

Her embrace of the octopus comes after she rocked a pearl and diamond octopus bracelet-ring (made by Istanbul-based designer Sevan Bicakci) at February’s Oscar celebrations.

She obviously loves the cephalopods, and what’s not to love about a creature that can change its DNA on the fly, to blend in with its surroundings. We’re not sure how that works to celebrate the most anti-acculturationist holiday on the Jewish calendar, but hey, staying cosy underneath eight tentacles for eight nights can’t be wrong.