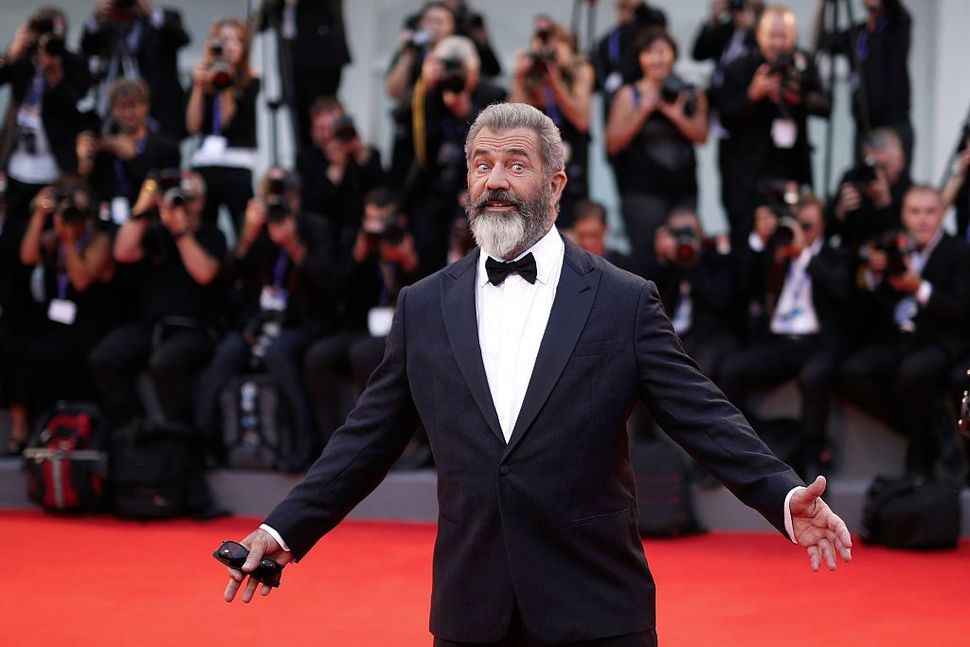 Lately, news has been swirling around that Mel Gibson, ten years after outing himself as an anti-Semite, has “officially been released” from a sort of “director’s jail”, ending his de facto status as “persona non grata” in Hollywood.

The proof given for this “official release” includes the fact that he’s now coming out with a big movie (Hacksaw Ridge), is in talks for future acting projects, and allegedly has agencies vying to represent him.

The fact is, though, those broad proclamations that Gibson has suddenly been unilaterally released from some complete persona non grata status are shortsighted and misinformed.

Gibson has, in fact, been working. After his infamous 2006 “fucking Jews” rant, he was dropped by a number of people, including agent Ari Emanuel, who publicly denounced Gibson’s “tragically inflammatory statements”. However, despite the fact that pop culture reactions made him the butt of a good number of jokes for years, there were always people—many people—defending him. From high profile stars like Jodie Foster, Whoopie Goldberg, and Danny Glover to (Jewish) The Patriot co-producer Dean Devlin, Gibson was never entirely bereft of support, even as he continued to say terrible anti-Semitic, racist, sexist, and homophobic things on the record. This is up to and including recent accounts from the (admittedly dubious source) Glenn Beck, alleging that Gibson ranted that “Jewish people” stole a copy of Passion of the Christ in order to “make his life hell.”

And despite Gibson’s whining that he was “suddenly a pariah” after his bile became public, he came out with Apocalypto after the incident—a film that did very well critically and in terms of box office gains. Another movie, The Beaver, came out in 2011, and though it was not successful in terms of reception, it’s proof that he wasn’t completely un-allowed to work in Hollywood.

Nobody’s saying his career didn’t take a hit once his many offensive statements became public. It definitely did. However, the concept that he is now the beneficiary of some complete and total absolution from Hollywood as a whole discounts the whole reality of the situation.

As in any other scandal—particularly slur-based scandals—the public does tend to soften with time, which means that yes, there will be more people willing to work with him. But there have always been people willing to work with him, and simply because he managed to continue to exist long enough to see that number grow doesn’t mean he’s been granted some carte blanche from everyone. Notably, the arguments for his absolution are the same as they ever were: citing his talent, the fact that, if you really knew him, you’d know he’s a nice guy, and nice guys aren’t anti-Semites (or sexists, or racists, or homophobes). This argument continues not to be particularly convincing to me, and I am sure I’m not alone.

There will, undoubtedly, still be people unwilling to work with him, and people unwilling to see his films. Personally, I’m one of them. It will become more of a matter of subjective opinion: do you believe someone gets to come back from that, or not? Do you believe he really and truly didn’t mean what he said? I don’t, on both counts, so I as a consumer can make that choice. But pretending that suddenly everyone’s hunky dory rather than examining what’s happening as a nuanced part of public sociology makes the whole thing look like he’s done his time, and that therefore the original source of outcry is no longer relevant. There was no real “director jail” and there’s no real “release”—there’s only the effects of time on the perception of individuals.