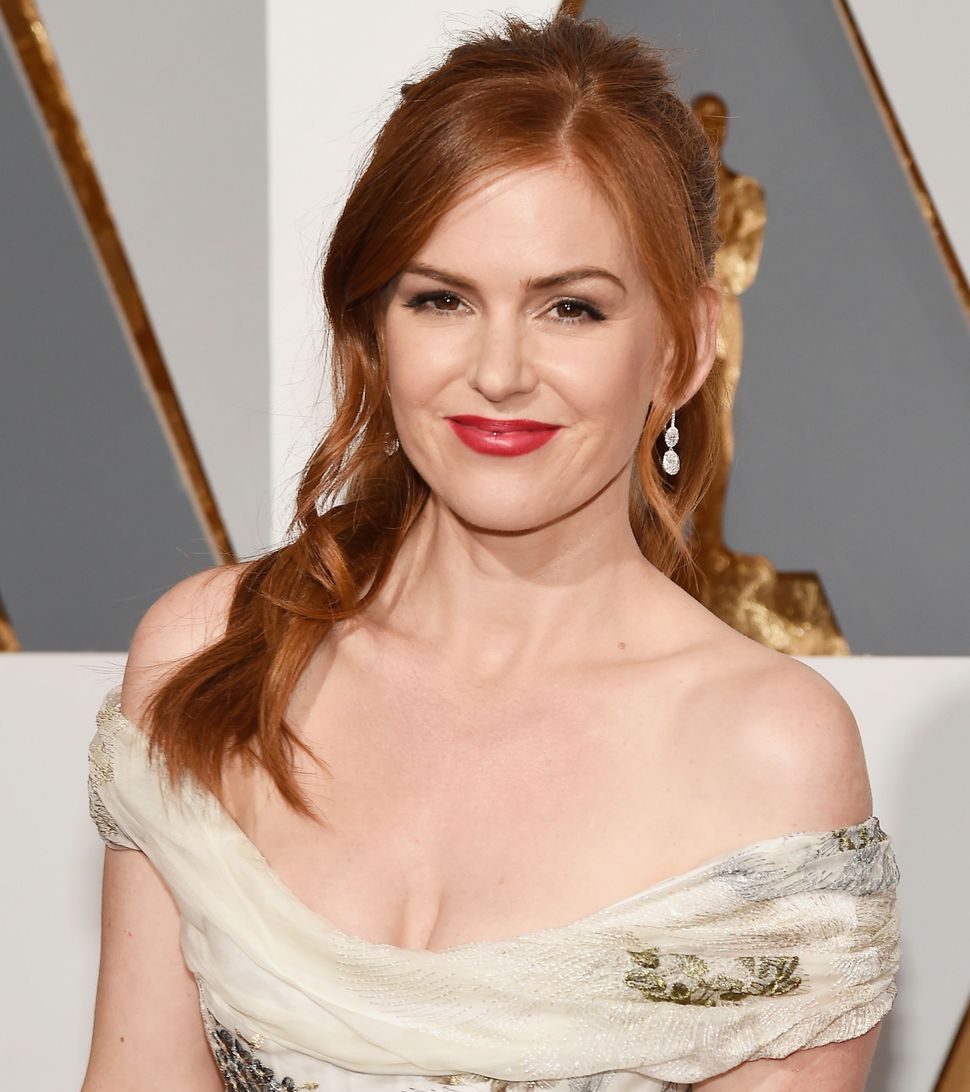 What’s it like to kiss Israeli super model Gal Gadot and comedian Zach Galifianakis? Actress Isla Fisher knows, and Thursday night she dished about it to Jimmy Kimmel on his late show. 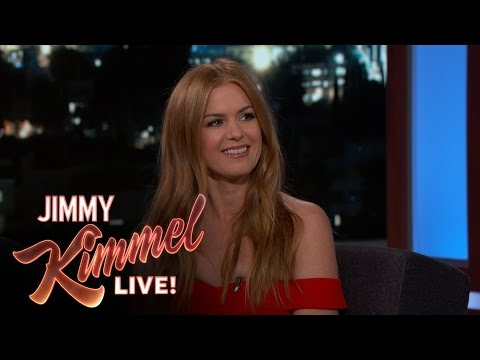 “Miss Israel, she is beautiful,” Fisher kvelled about Gadot, who costars with her in the new comedy film “Keeping Up With the Joneses.”

“She was very excited about the makeout scene,” she recalled, telling Kimmel that Gadot was so much taller than her that Fisher had to stand on a box when they were filming that part of the movie.

In the movie, Fisher (the true life spouse of Sacha Baron Cohen) plays the wife of Zach Galifiankis’ character. The two are a suburban couple, and they make a startling discovery — their neighbors, depicted by Jon Hamm and Gadot, are really spies.

According to Fisher, her on screen hubby was “a lot less effusive and enthusiastic” about kissing than Gadot.

“Zach was incredibly reluctant,” she said. “It was like when you take a kid to get a shot at the doctor.”

She told Kimmel that when the two were about to kiss, Galifianakis said that “my penis has retreated into my lower intestine.”

“There’s no woman on the planet who wants to hear [that],” she kvetched.

When the smooching was about to happen, Galifiankis leaned in and asked, “So how’s Sacha?”