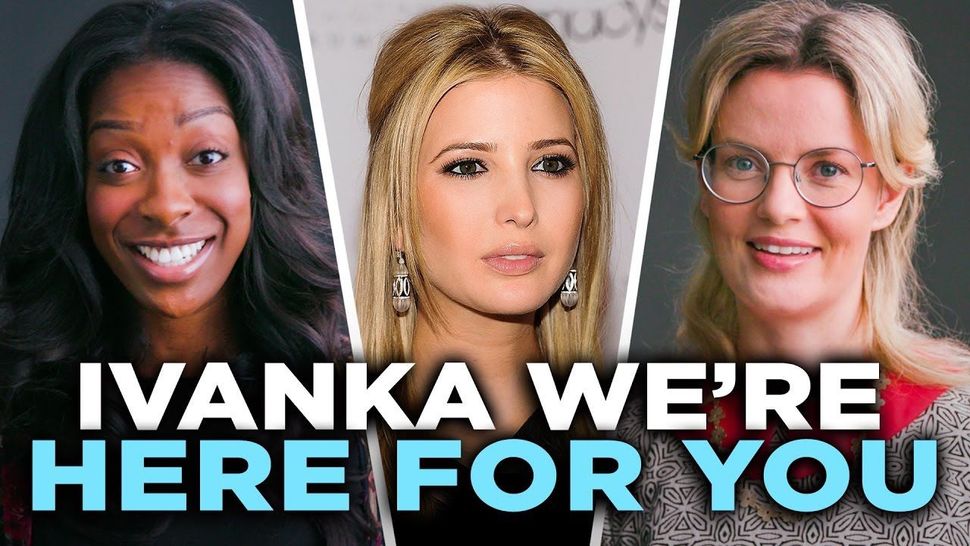 The women over at CollegeHumor have some advice for Ivanka Trump — ditch the presidential campaign and get away from her father Donald Trump.

“Hi Ivanka, Can we have a minute, like without your dad and brothers?” the parody video starts. “Donald, if you’re watching, it’s just going to be a bunch of ladies talking about babies and periods, tampons, diapers, how to control our rampant public hair, the menopause existing whilst not being a model.”

“Are we alone?” one of the women asks, and the group then launches into some real talk.

“You do not need these people. You’re an intelligent, well-educated woman with a spectacular resume,” the women advise her.

“Everyone knows whats it’s like to be touched in the boyfriend zone by your boss. Only your boss is actually your dad,” they continue, referring to the Republican nominee’s sexual comments about his daughter and reported grabbiness.

What’s to be done?

“Girl, just seriously get out of there,” one counsels.

“Seriously, you can go,” another echoes.

Watch the video here — and who knows, there’s still four days for Ivanka to dump Trump.