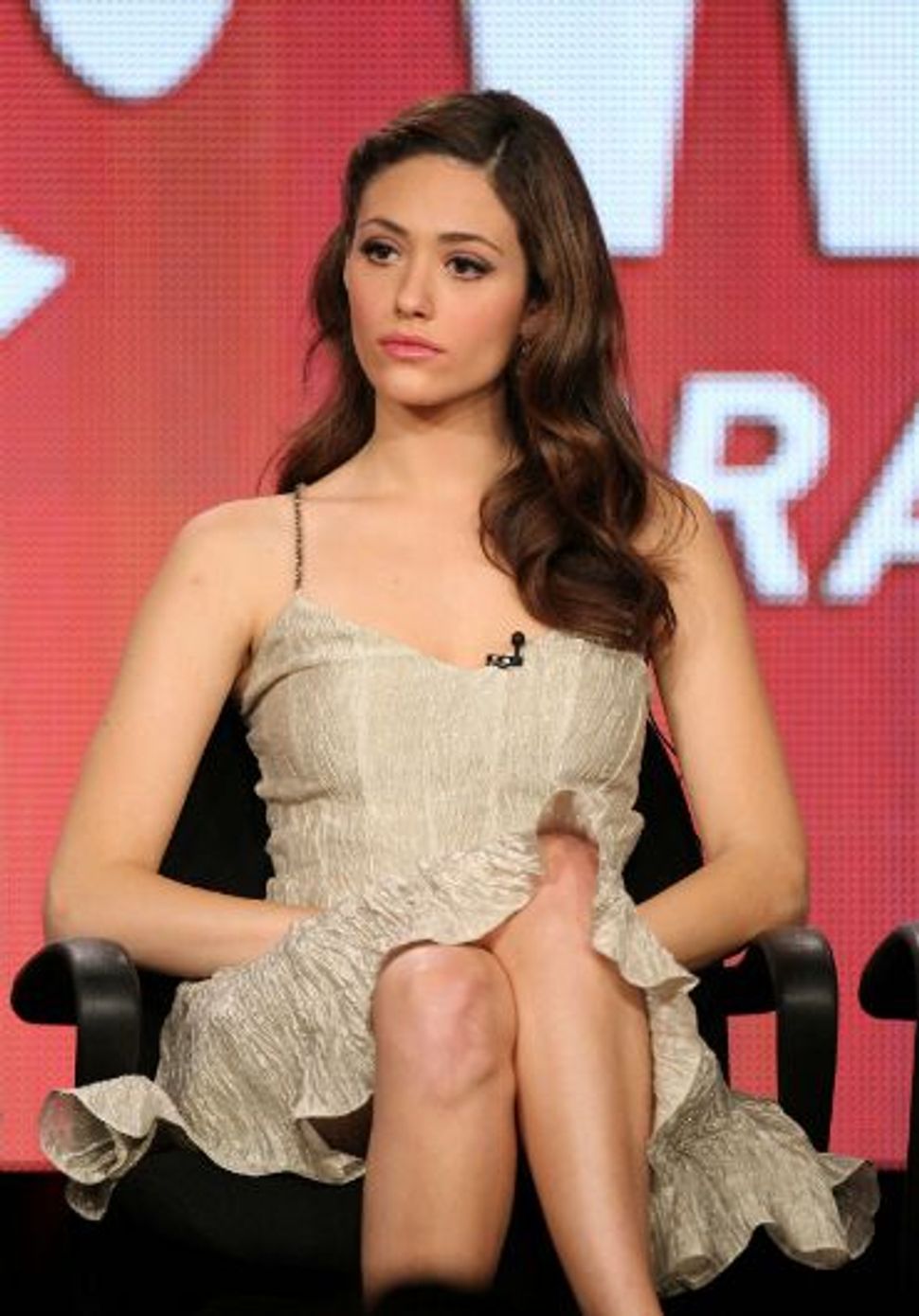 Penny for her Thoughts: Actress Emmy Rossum listens intently during the Showtime portion of the 2012 Television Critics Association Press Tour at The Langham Huntington Hotel and Spa in Pasadena, Calif. She appeared with her ?Shameless? co-stars to talk about her role as Fiona Gallagher, the oldest and most responsible child in a dysfunctional family. Image by Getty Images

The “Shameless” star has been locked in a contract dispute with Showtime executives over the salary discrepancy between herself and co-star William H. Macy. Rossum was asking not only for a raise, but to make more than Macy, as retroactive pay for earning significantly less than the actor over the show’s seven seasons.

The issue seems to have been resolved because Rossum took to Twitter today to announce her return to the hit series.

“Playing Fiona Gallagher has been one of the great privileges of my life. I’m so happy to continue w my SHAMELESS family!Back to work in May!” the actress wrote.

Playing Fiona Gallagher has been one of the great privileges of my life. I’m so happy to continue w my SHAMELESS family!Back to work in May!

While Macy began the series as the show’s most high profile star, Rossum, who starred in all 84 episodes, quickly received critical recognition, nabbing three Critic Choice Awards nods for her role.