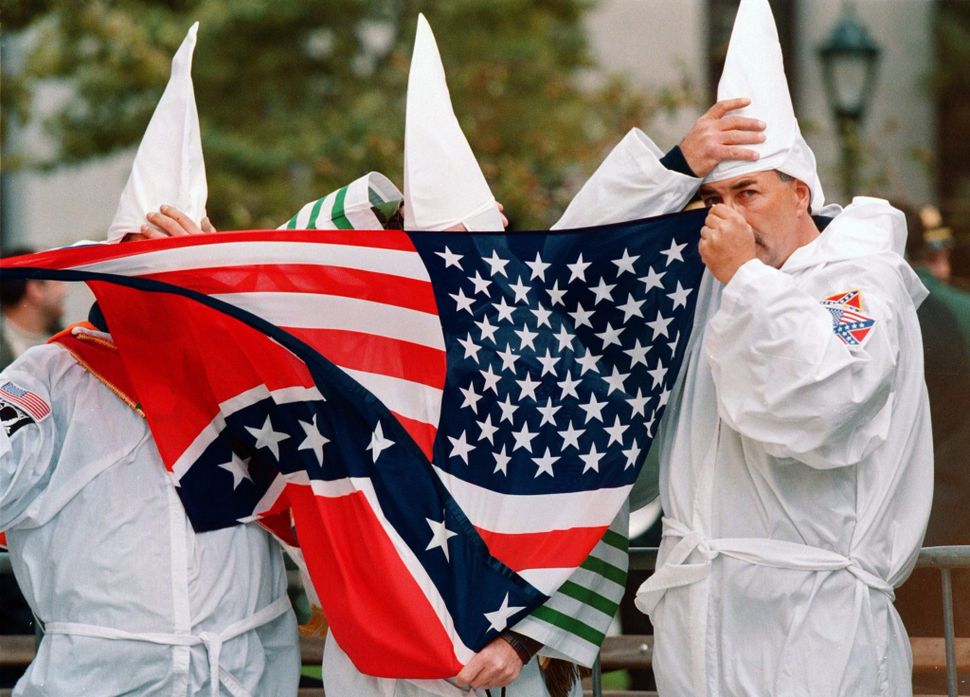 The plug has been pulled on a hotly debated documentary series about the Klu Klux Klan.

In a statement released on Saturday, television network A&E wrote that third-party producers had given cash payments to subjects in exchange for appearing on “Escaping the KKK.” The show, which was set to air in January, followed four KKK families and the anti-hate “extractors” trying to break members free. In one scene, The Hollywood Reporter wrote, a Klansman can be seen talking to his 4-year-old son about murdering black people.

“We had previously provided assurances to the public and to our core partners — including the Anti-Defamation League and Color of Change — that no payment was made to hate group members, and we believed that to be the case at the time,” the network’s statement read. “We have now decided not to move forward with airing this project.”

The network explained that while the payments was reportedly nominal, doling out money to documentary subjects in exchange for access goes against their policies.

“A&E takes the authenticity of its documentary programming and the subject of racism, hatred and violence very seriously,” the statement said. “Just because this particular show goes away, the issues of hate in America do not.”

The show faced its share of controversy before cancelation, with a influx of concern that the series would normalize the KKK.

In response, A&E attempted to rebrand, changing the title of the show from “Generation KKK” to “Escaping the KKK: A Documentary Series Exposing Hate in America.” The network announced plans to partner with the Anti-Defamation League and Color of Change, an online racial justice organization, to create educational materials around the subject matter.

“The show when the series was first announced. “As a broadcaster, I really think the message of anti-hate is important, timeless and moral.”