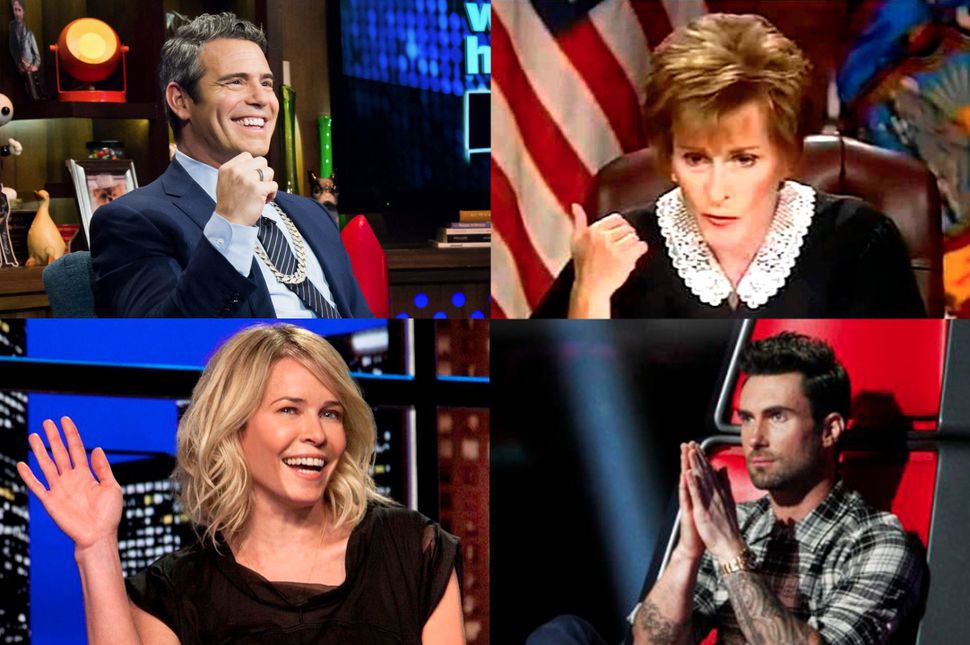 Judy Sheindlin, otherwise known as Judge Judy, racks up $47 million a year, making her the highest paid personality on television. Other Jewish stars headlining reality and talk shows are collecting sizable yearly pay checks as well, with Adam Levine making $13-15 million for “The Voice,” Chelsea Handler clocking in at $10 million a year for her Netflix show “Chelsea,” and Andy Cohen, the host of “What What Happens Live,” pulling in $4-5 million.