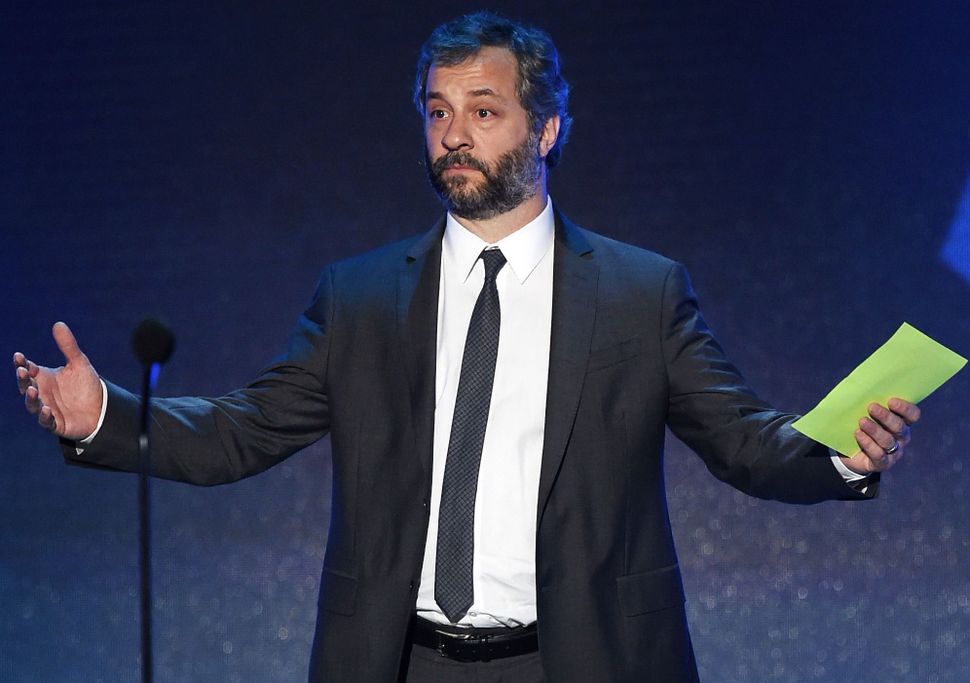 There have been a lot of think pieces written about why Donald Trump won the election. Judd Apatow has one simple explanation.

The “Girls” producer added that while Trump has a “demented sense of humor,” he was much funnier than Hillary Clinton.

Comedy theories aside, Apatow also had some choice words for those who refuse to acknowledge Trump as their president. Stop fighting to delegitimize the president-elect, he suggested, and start making strategic moves.

Apatow is doing his part, including participating in “Love-a-Thon,” a star-studded telethon on inauguration day to raise money for the American Civil Liberties Union of Southern California, Planned Parenthood and Earthjustice.

“I’m trying to transition from making comments on social media to choosing one or two organizations to work with and support so that I feel like I’m actually being a positive part of the process,” he said. “You don’t want to be a crank.”

The comedian, who has sounded off against Trump frequently on Twitter, noted that he has gotten his fair share of nasty comments from internet trolls — but he’s not taking it too seriously.

“I’ll get insecure and go, I don’t think my career’s going that well because nobody is saying anti-Semitic things to me today,” he quipped.