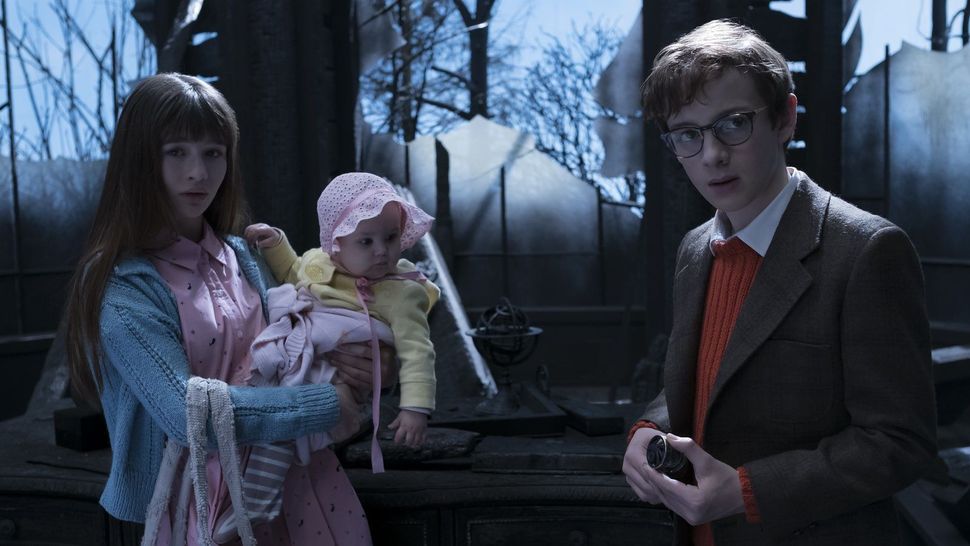 If you grew up reading “A Series of Unfortunate Events,” you probably remember that it wasn’t quite like other children’s books.

In fact the novels, which followed the ill-fated journey of three orphaned children, were gothic, dreary and — if you were me — so painfully engrossing that your mom had to occasionally hide them so you’d stop obsessing.

Now, ten years after the series’ last installment was published, the tale of the Baudelaire kids and their evil guardian is back, this time in the form of an equally twisted, delightfully wicked Netflix adaptation.

We spoke to “A Series of Unfortunate Events” author Daniel Handler (best known as his pseudonym Lemony Snicket) about adapting the series for television, how his Jewish upbringing influenced his storytelling and why Neil Patrick Harris was his number one choice for Count Olaf.

I read that you actually never considered writing books for kids before “A Series of Unfortunate Events,” but a children’s book editor convinced you to give it a go. Was there a learning curve when you sat down to write that very first book?

In some ways, because I was largely ignorant of children’s literature, aside from books I read as a child, I didn’t have any preconceived notion of what it might be to write for children. I think that’s why I didn’t fall into the pitfalls that some people do when they write for young people, which is that they think they have to be educational or use language in a certain way. I just never had any sense of that.

How was the idea for your alter ego “Lemony Snicket” born?

When I was researching my first novel “The Basic 8,” I was on the phone with a right-wing religious organization and I was getting them to send me their materials so I could mock them in the novel. When they asked me for my name and address I thought that I better not say my actual name so I said “Lemony Snicket.” There was a pause and I thought, well that was ridiculous, out of all the things I could have said that doesn’t even sound like a person’s name. But the person on the phone just said: “Is that spelled like how it sounds?”

Many years later, when I started to write this book for children, I had that name lying around and I thought it would be interesting to publish the books under the name of the narrator, who clearly was not me.

Do you feel like your Jewish upbringing had any influence on the series?

Yes, I would say so. I grew up hearing stories of my family, some of whom made it out of Germany, and some of whom didn’t. I think the idea of terrible things happening over and over for no good reason was something that I had a grasp of from a very young age. I also think in general terrible things happening for no good reason is a cornerstone of Jewish thought. I think that the Jewish view of the world is not supremely ordered and we’re certainly not a religion that says if you behave well you’ll be rewarded in the next life. We’re not really into that.

What was the experience like revisiting these characters and writing this world all over again for television?

In the beginning it felt kind of awful because I had to go back and reread “A Series of Unfortunate Events.” When you go back and read things you wrote years ago, you’re filled with dread and shame. But once I got over that, it was pretty fun. It was fun to go in and think about ways in which the story could shift over, and things that could be emphasized and deemphasized.

Neil Patrick Harris was your first and only pick for Count Olaf. What was it about him that made you immediately want him for the part?

I watched him perform a song for the Tony Awards a few years ago called “It’s Not Just For the Gays Anymore,” which is a musical number that makes fun of musical numbers, but is also clearly a celebration about musical numbers. I thought he’d be a good to play a villainous person, who is also kind of making fun of villainy.

When people come up to you talk about their childhood memories reading “The Series of Unfortunate Events,” what do they say to you? How do they remember it?

I think you never love a book the way you do when you were 10. I will go to a library or to a school and I’ll meet a bunch of young people and sometimes they’ll have to stand for a long time in a line and then when they get to the front of the line, very often they will tell me the plot of one of these books. It just feels like a very sacred space. I think when you’re writing a book, no matter how modest you are, you have this fantasy that someone, somewhere is going to obsess over your book.

It’s funny because I remember distinctly reading your series as a child and feeling very obsessed with the idea that the the book’s world was real.

I think actually that you can float in this sense between it being real and not real when you’re young. It’s really magical. For me, that’s part of Judaism too. The way we understand the stories is the Torah are somewhere between literal and metaphorical. Unlike a lot of other religions, where they’re really stressing the literal all the time.

I think in Judaism there’s always an understanding that we’re telling this story because it means something to us, because it’s old and because people have been telling it for a long time. Not because we think everything that happened is literally true. I’ve often thought that that reminds me of the way a book can remain in your head as a child.