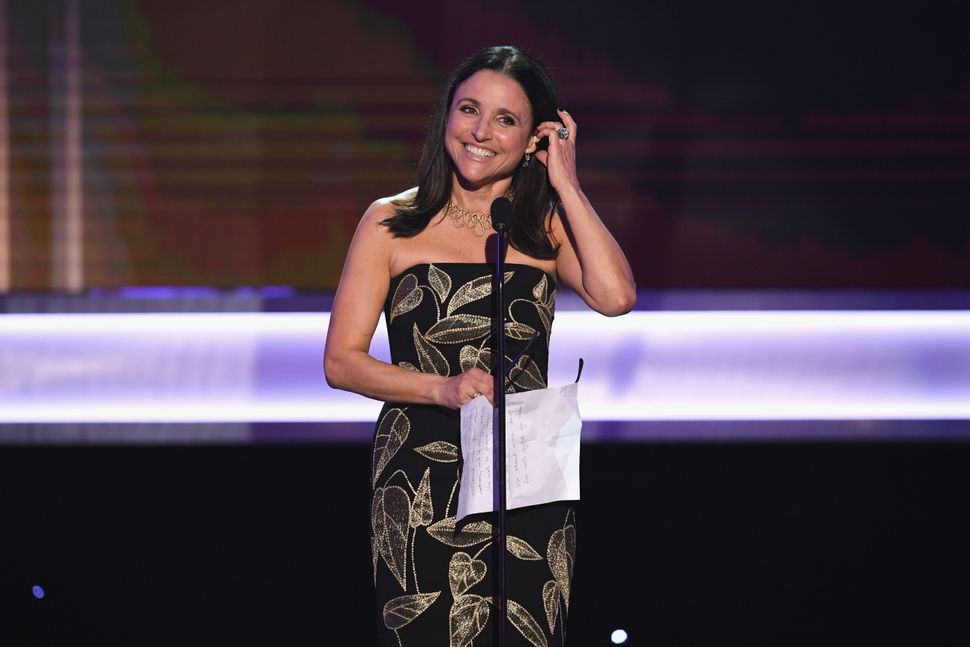 “Veep” star Julia Louis-Dreyfus nabbed a SAG award for outstanding female actor in a comedy series on Sunday — and delivered a powerful message on President Trump’s immigration ban to boot.

“Whether the Russians did or did not hack the voting of tonight’s SAG awards, I look out at the million or probably even a million and a half people in this room, and I say this award is legitimate and I won,” she began. “I’m the winner, the winner is me. Landslide!”

“I want you all to know, I am the daughter of an immigrant,” she said. “My father fled religious persecution in Nazi-occupied France. I’m an American patriot and I love this country, and because I love this country I am horrified by its blemishes.”

“This immigrant ban is a blemish,” she concluded to uproarious applause.

The actress expressed her disgust with the executive order earlier today on Twitter, attaching an article about a scholarship winning, Massachusetts Institute of Technology-bound Syrian teen dealing with the fall out of Trump’s ban.

“This cannot be allowed to stand,” Louis-Dreyfus wrote. “This is not American.”

This cannot be allowed to stand. This is not American. https://t.co/PRvG0sRYGc