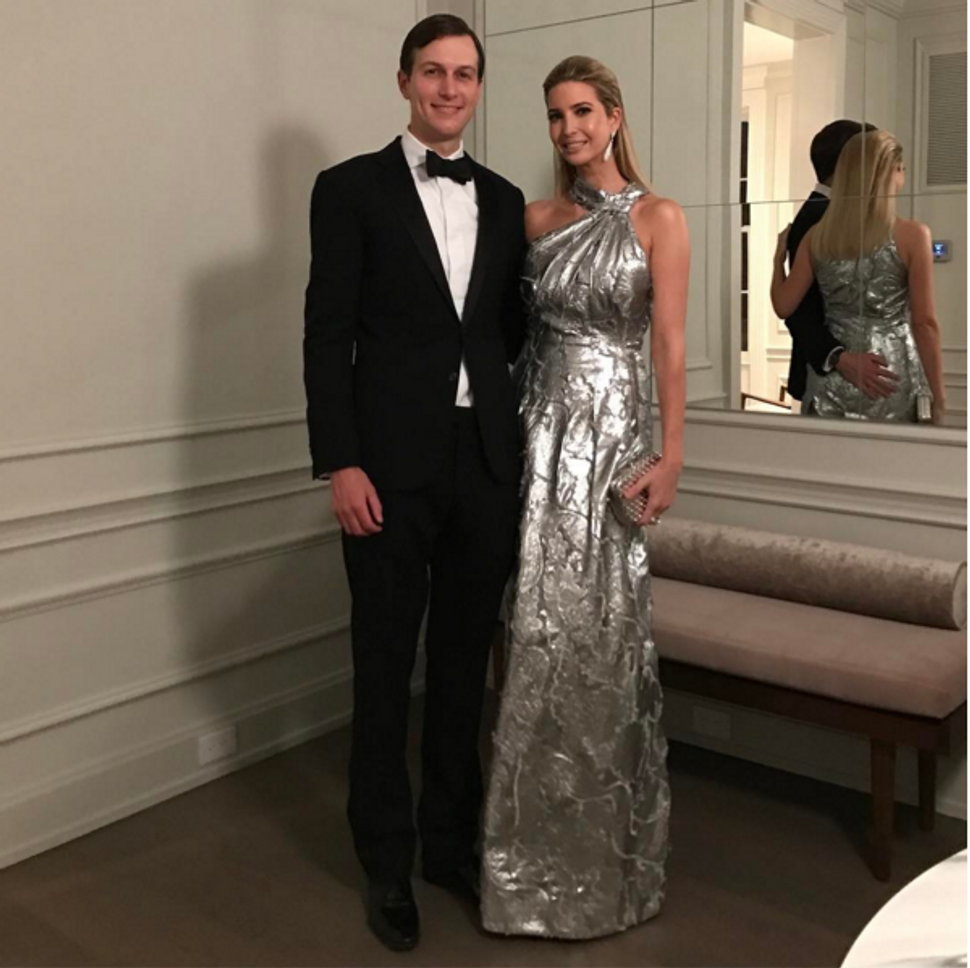 Two days after President Trump signed an executive order halting immigration from seven predominately Muslim countries, Ivanka Trump took to social media to post a picture of herself and Jared Kushner decked out in evening attire.

The post swiftly sparked backlash from several social media users, who found the timing of the glitzy shot to be tone-deaf. Comparisons between the business mogul and Marie Antoinette sprung up, alongside the hashtag #LetThemEatCake. Many users circulated the same image of a child in a refugee camp, wrapped in a metallic blanket, alongside Trump in her silver evening dress and asked: “Who wore it better?”

Now, a source close to the situation is telling Vanity Fair that Ivanka “feels terrible” about the picture and reportedly doesn’t want “something like this to happen again.”

Another source chalked up the timing of the Instagram post to naiveté on the part of Trump, adding that the president’s daughter is “open” to adjusting her behavior.

“It’s a very difficult line to straddle here, but the question is whether the Trump strategy might end up strangling her,” a third source added. “It puts her in a really difficult situation.”