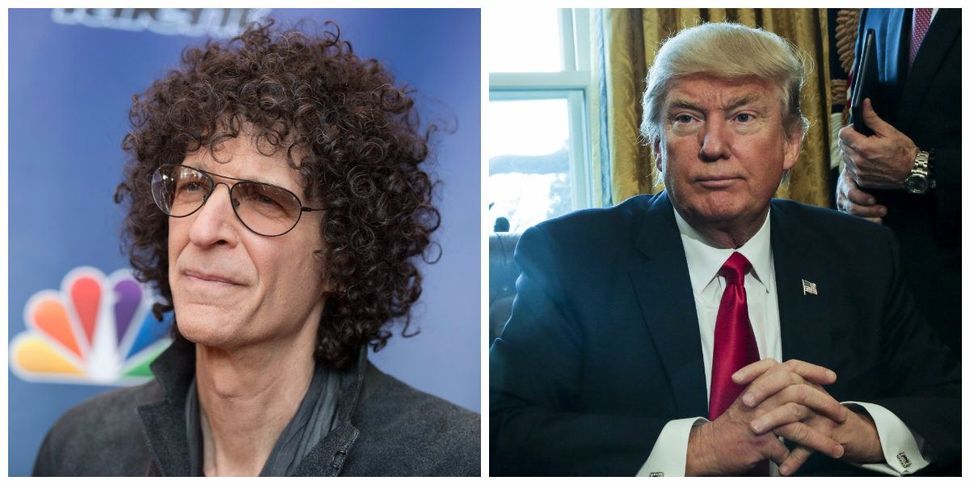 The radio personality said that the president, who has made frequent appearances on “The Howard Stern Show,” is going to fall apart from all of the criticism lobbed at him.

“I personally wish that he had never run, I told him that, because I actually think this is something that is gonna be very detrimental to his mental health too, because, he wants to be liked, he wants to be loved,” Stern said during his show on Wednesday. “He wants people to cheer for him.”

Stern added that despite Trump’s constant berating of Hollywood and the media, he believes that the president actually has an intense desire to be accepted by both groups.

“He loves the press. He lives for it. He loves people in Hollywood. He only wants to hobnob with them,” Stern said. “All of this hatred and stuff directed towards him. It’s not good for him. It’s not good. There’s a reason every president who leaves the office has grey hair.”

The shock jock added that he doesn’t think Trump even wanted to win the election. Stern suggested that he ran because he just wanted to get “a couple more bucks” out of NBC for “The Apprentice.”

“He’s pissed he won. He still wants Hillary Clinton to win,” Stern said. “He’s so fucking pissed, he’s hoping that he can find some voter fraud and hand it over to Hillary.”