This Guy Created a Dating App Based on Everything You Hate 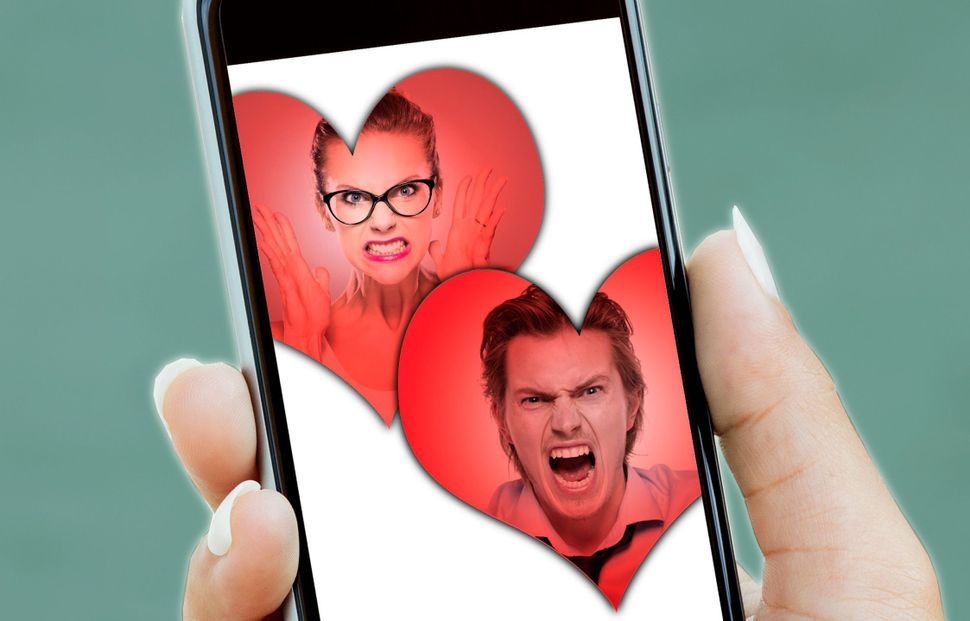 These days, there’s a dating app for just about anything you’re into. Looking for a bearded man? Check out “Bristlr.” Someone who isn’t vertically challenged? Download “Tall Friends.” Want to find someone who loves horses just as much as you do? Head over to “Equestrian Cupid.”

But what about an app for everything you’re decidedly not into?

The app, which officially launches February 8th, offers users the ability to swipe through categories of things they absolutely hate, and see a selection of people who have indicated that they hate the exact same things.

Then, just like Tinder, the user can feel free to swipe yay or nay on their potential matches — only this time equipped with the knowledge that the other person also doesn’t like Taylor Swift’s personality or white people with dreadlocks (real categories).

We spoke to Brendan Alper, the app’s Jewish creator, all about “Hater,” the most unusual things people dislike, and making online dating fun again.

How did you come up with this idea?

I used to work in finance, I was at Goldman for a number of years. I quit my job and I thought I was going to be a comedy writer. Hater started out as a comedy sketch idea but the more I thought about it, the more I thought that maybe it could actually work as a real app. I did some research and found science that said hating things brings people together more than liking things.

There are so, so many things for people to potentially hate on here. What was your brainstorming process like?

It started alone, but then eventually I started asking all my friends to tell me what they hate. I had a little notepad and wrote every single thing down. Now the list is up to 2,500.

What are some of the most unusual things to hate on the app?

Butt selfies is one. We’ve got the fact that Mick Jagger is still having kids, wishbones, when Starbucks butchers your name, wet willies, where humanity is going.

What do you think is the worst part about online dating?

Definitely the biggest complaint is that it has become such a monotonous exercise. It’s the same thing over and over again, swipe, swipe, swipe until you get a match. You use some canned line, you set up a date, probably find out that you’re not compatible at all and then start all over again.

What we’re trying to do is make online dating fun. We’re not trying to take ourselves too seriously. It’s kind of fun to swipe on the categories, to play these games.

Do you think knowing what people hate ahead of time can make for a higher quality first date?

Definitely. You can see every single one of the person’s [hate] swipes unless they hide it. If we match, I can go through that list and say, “Oh, this person hates dogs? This person likes watching sports? No way.” You can avoid the date altogether just by seeing those deal breakers – or you can see that maybe that person hates Taylor Swift’s music as much as you do, and it gives you something to bond over on date. You don’t have to talk about things like what your job is, where do you live, all the boring stuff.

What do you think is future of dating apps?

I don’t think that bars or other real places are going to be replaced. I met my girlfriend in real life. I think real life, if it happens, is the best place to meet. But I think there’s a growing majority of people who don’t have time or aren’t in situations where they’re going to be meeting people. I think online dating is the alternative to that, and that the stigma is pretty much completely gone. I think as long as we can keep it fun, like going to a bar fun, and not make it feel like a chore, it’s going to continue to grow.

This Guy Created a Dating App Based on Everything You Hate