The 6 Best Dating Apps for Jews 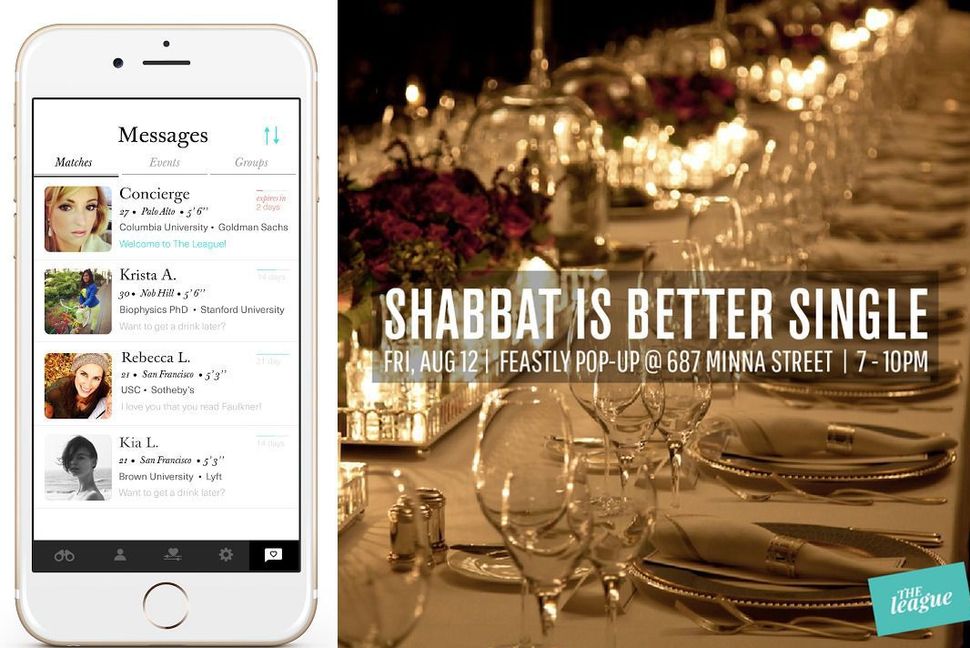 Image by Courtesy The League 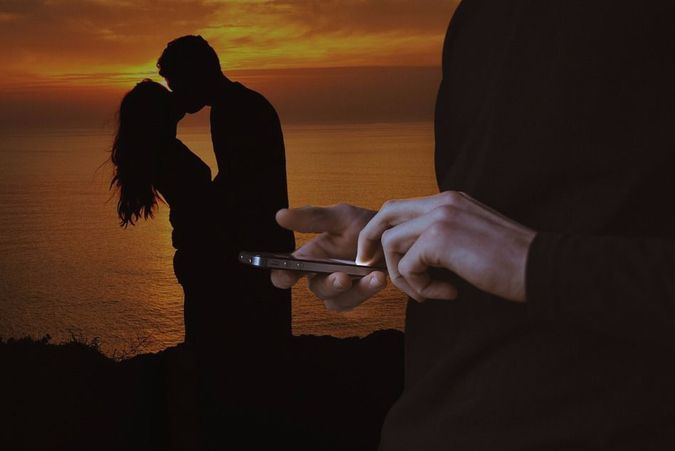 Dating can certainly be time consuming, but it doesn’t have to be difficult — if you’ve got a smartphone, dating apps are a powerful tool that you shouldn’t neglect. Whether you’re looking to find that special someone that will make your parents proud or just someone to join you for Netflix and Chill, these 6 apps will make it a little easier to find a partner. 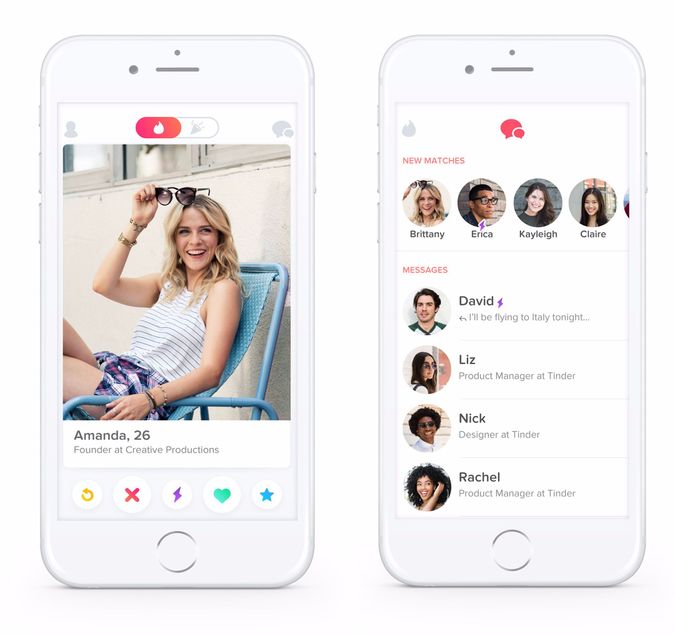 Using a person’s Facebook profile, the app shows a user profiles of people nearby with similar friends and interests. Users swipe right (yes) and left (no) through singles, and if both people “swipe right,” they can begin messaging one another. 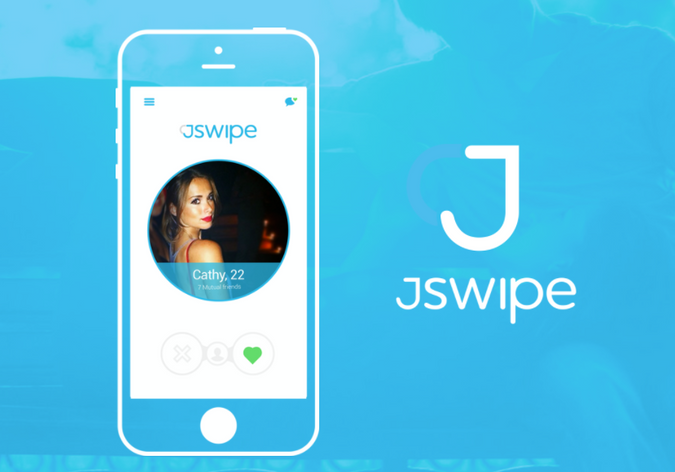 JSwipe is similar to Tinder — with a Jewish twist. In addition to location, you can filter potential matches by denomination and whether or not they keep kosher. When you swipe right on JSwipe, a graphic of a person being hoisted up in a chair and the words “Mazal tov!” appear.

After filling out your Jewish affiliation, you are free to swipe through the location-based app and answer yes, no or maybe to other Jewish singles. JCrush boasts a wide array of in-app features: you can go back and see your “oy veys” (people you’ve declined) if you change your mind about a person, see everyone who “crushes” on you, or “go incognito,” allowing only those who you’ve liked first to see your profile. The unique messaging feature also allows users to send songs, GIFs or date suggestions to their Crushes. The app has landed 10 marriages to date. 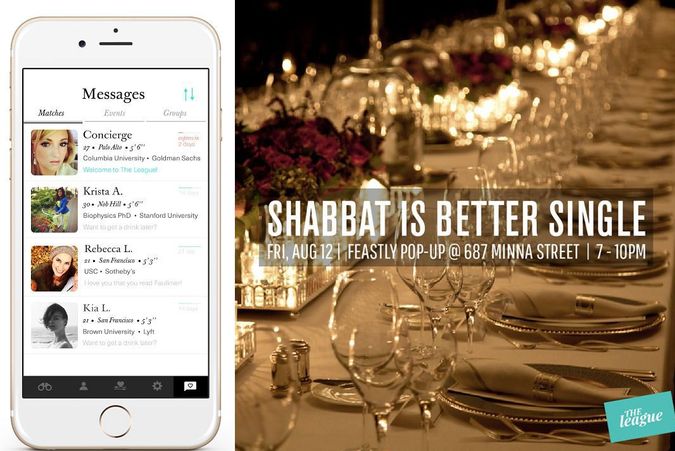 Image by Courtesy The League

The League has a reputation for catering to an exclusive crowd and providing a top-notch user experience. In the past, The League has also held large Shabbat dinners for their users, where they specifically seat people next to each other based on similar interests, educations, and careers. 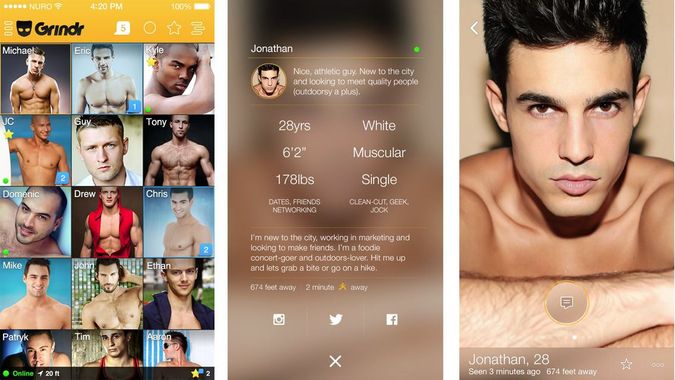 Created in 2009, Grindr is the swiping app that started it all. In this location-based app for gay men, users can specify what they are looking for relationship-wise and are free to swipe through 100 guys a day. 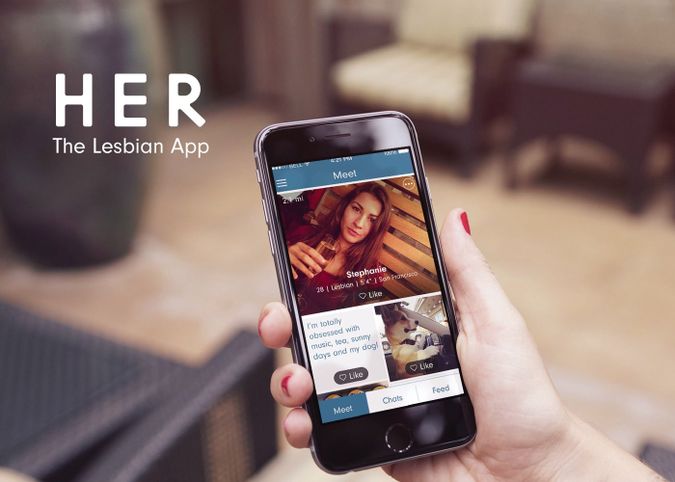 Since its 2015 launch, Her has quickly become the place for lesbian, bisexual, queer, and pansexual women to meet connect with one another online. Live in 55 countries, Her also holds exciting events like massive soccer tournaments, queer cabarets, and camping trips.

The 6 Best Dating Apps for Jews