Trevor Noah: Donald Trump May Have Found A Solution To Peace In The Middle East 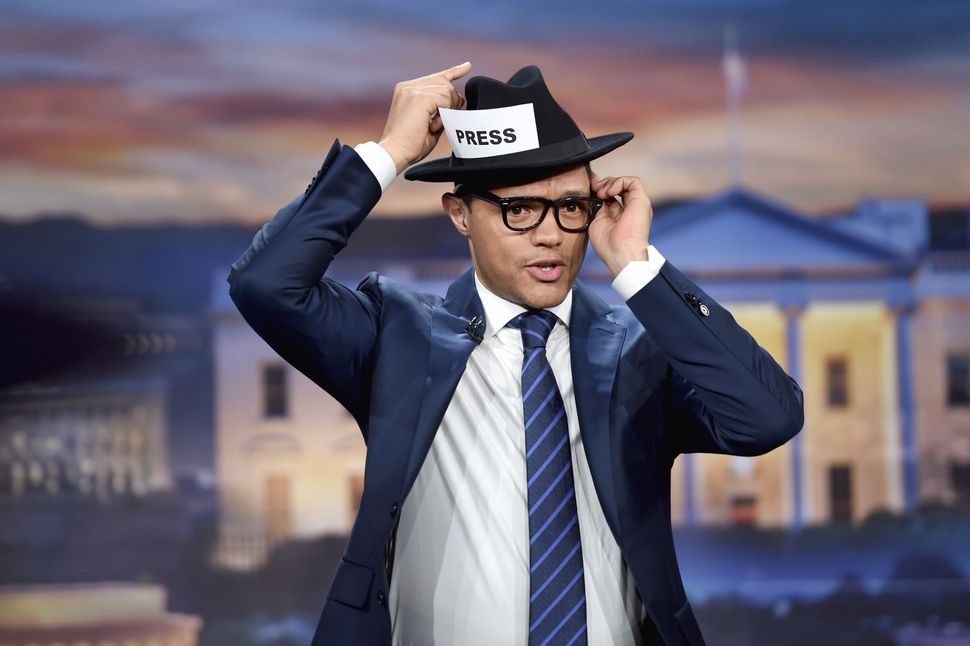 President Trump’s solution to peace in the Middle East? The enemy of my enemy is my friend.

At least, that is Trevor Noah’s theory. After watching Trump “bumble” his way through a meeting with Israeli Prime Minister Benjamin Netanyahu on Wednesday, the host of “The Daily Show” floated the possibility that the President’s unique negotiating style might bring Israel and Palestine together.

“I honestly wonder if Trump’s plan is to be such a bumbling fool that Israel and Palestine are going to get together in a room and be like ‘I think we can both agree, that guy is a f—ing moron,’” Noah joked. They’re going to say, “‘that guy is a f***ing moron, and we better solve this problem before he tries to help out.’”

“The Daily Show” host also applauded the President for his direct approach to the discussion of illegal settlements. He noted that most leaders struggle to “broach the sensitive topic.” Trump was more direct, telling Netanyahu, “as far as settlements, I’d like to see you hold back on settlements for a little bit.”

“Ok, I’m sorry, Donald Trump is a genius,” Noah said in response. “No one has ever straight up asked Netanyahu to stop the settlements. He just asked him! He asked him like a neighbor telling him to turn down the music.”

Trevor Noah: Donald Trump May Have Found A Solution To Peace In The Middle East