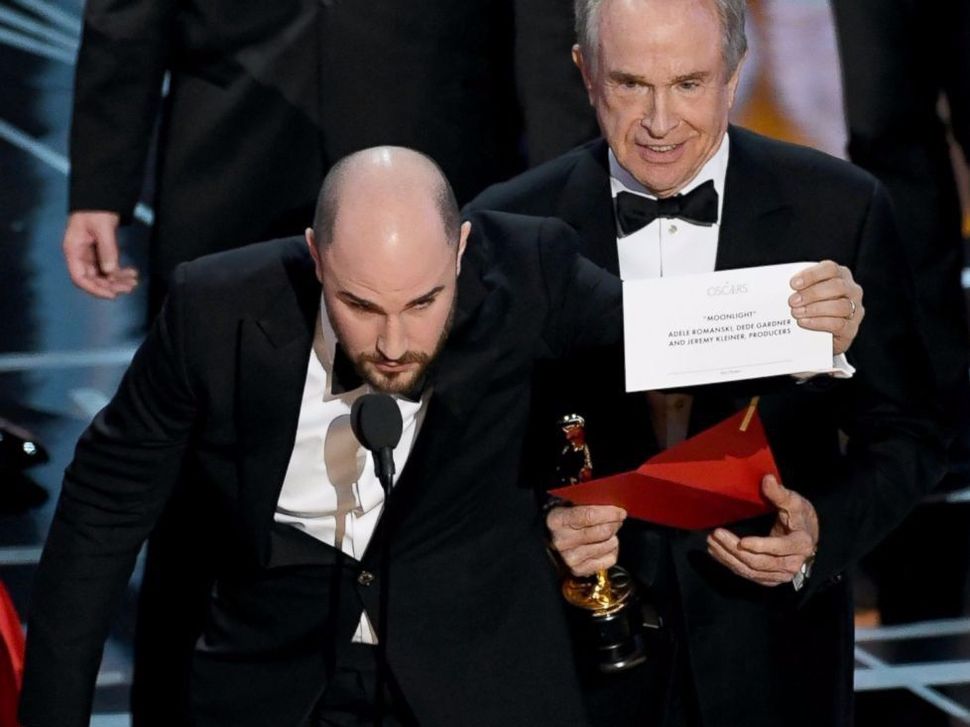 In case you missed #EnvelopeGate, midway through the cast and crew of “La La Land” accepting the Best Picture award, Horowitz took to the microphone to explain that there had been a mix-up and “Moonlight” was the actual winner.

“There’s a mistake. ‘Moonlight,’ you guys won best picture. This is not a joke,” Horowitz said, holding up the correct winning card.

Shortly after, Horowitz received some kind words from Camp Takajo, his childhood summer camp, on Facebook.

“Camp Takajo is proud of our alumnus Jordan Horowitz for his public display of sportsmanship, integrity, honesty and magnanimity at last night’s Oscars! Camp Takajo’s arch ideals are exemplified in Jordan’s character,” the post read.

The camp, based in Naples, Maine, was founded in 1947 by Morty Goldman. Alumni commented on the Facebook post, reiterating their admiration for Horowitz, while taking a trip down memory lane.

“Wow! Not only is Jordan Horowitz a Takajo alum—and a great example of the Arch ideals…but I learned today that he is also a Northwestern alum—the same university that my fellow bunkmates Rich,” one former camper wrote.

The producer later commented on the award mix-up, saying his heart was “a little broken.”

“I’m a little shaken about it. It’s disappointing, but … I love that those guys got their moment and I love that I got to give it to them,” Horowitz said.