In The Writers’ Room: An Exclusive Look Behind-The-Scenes Of ‘Girls’ 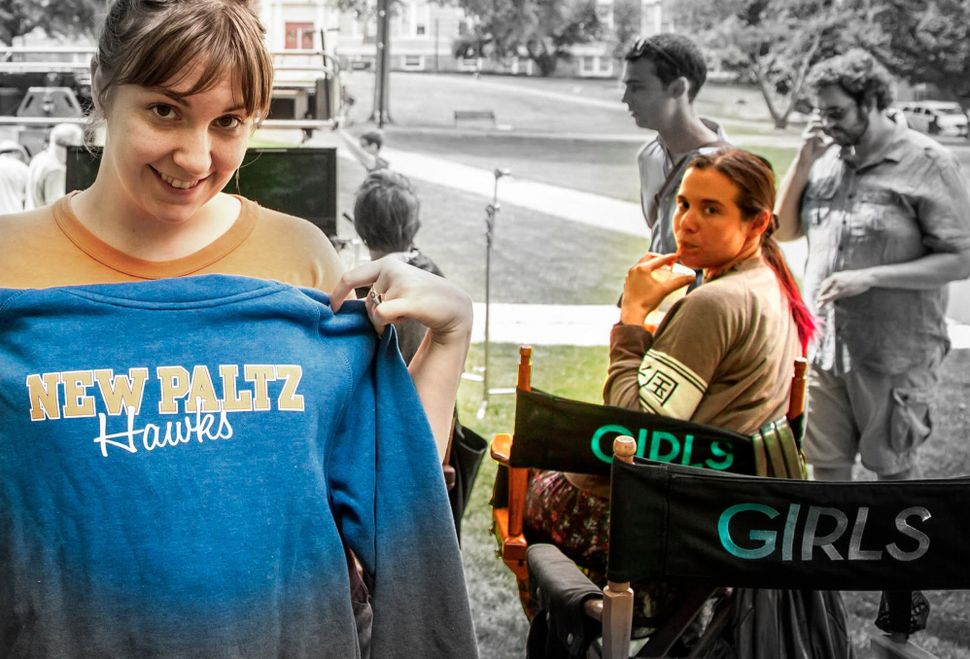 Sarah Heyward’s rise from personal assistant to writer on a hit HBO show can be traced back to a graduate school essay about sex.

Fresh out of Iowa Writers’ Workshop, the 24-year-old got her start in television as an assistant to Jenni Konner, executive producer of the then soon-to-be shot series “Girls.”

“Jenni knew I wanted to be a writer so she asked if I had a script to show her,” Heyward said in a recent phone interview. “I had really just started out attempting screenwriting and I didn’t think that I had anything good enough. I printed out a short story that I wrote for grad school instead.”

That piece, titled “How to Lose Your Virginity,” was passed along to the show’s creator/star Lena Dunham — and Heyward promptly landed a seat at the writer’s table.

Over the next six seasons, Heyward would co-write “Bad Friend,” still one of the show’s most talked about, heartily meme-ed episodes (yup, that’s the one where Hannah does ecstasy with Elijah), and “Hello Kitty,” a brilliantly constructed show within a show.

We chatted with Heyward about the final season of “Girls,” dealing with critics and the hardest character to write for.

Thea Glassman: Do you remember what your first day in the writers’ room was like?

Sarah Heyward: I remember it really well. I’d heard that in a lot of typical comedy writers’ room the staff writers are told not to speak for the first few weeks, basically be quiet until someone asks you something. I was definitely nervous but Jenni and Lena were very welcoming. They told us right off the bat that they didn’t want the room to feel hierarchal, they didn’t want anyone to feel like they couldn’t talk. I think also the fact that Lena was only twenty-four and she had never done a show before also really helped. It wasn’t like I was entering a room of seasoned professionals and I was the only who didn’t know what she was doing.

Were there any challenges in the beginning going from writing fiction to screenwriting?

It was a huge challenge. I still feel like I’m a much better fiction writer than I am a screenwriter. I always loved TV and movies, but it’s very different to watch something, than to actually write a script for it. I felt completely under water. Screenwriting has such structural limits, and it’s almost like doing a writing exercise, understanding where the first act ends, trying to wrap it up. In short stories you can write something totally crazy — and you can do that in movies, too —but I certainly didn’t feel like starting out I could take that freedom. I was really of the mind that I needed to learn the rules before I could break them. 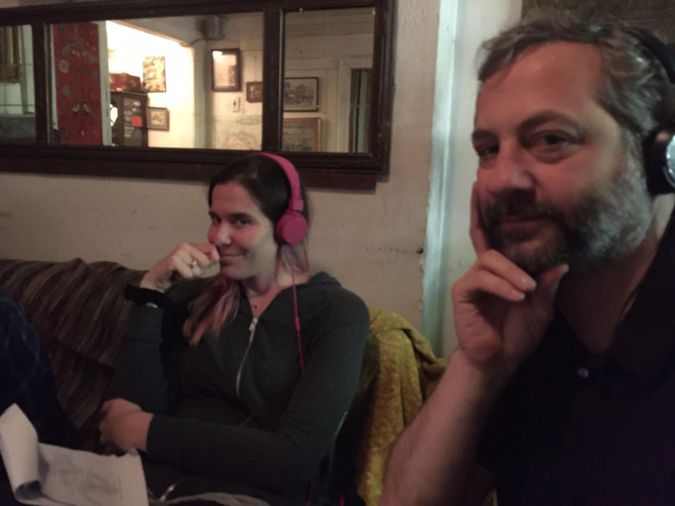 Was there one character you ended up enjoying writing the most for?

I was often paired with Shoshanna in the earlier seasons because, other than Lena, I was the youngest in the room and the most traditionally girly. The writers started associating me with Shoshanna so they started taking lines I said in real life and gave them to her. We also took some tiny elements from my virginity loss experience.

I re-watched the series from the beginning recently, and had completely forgotten what a big shift Marnie has made from season one. What was that process like in the writers’ room of shaping that character over time?

That’s definitely true. I’d say that the pieces of script that were being used to audition girls for the role of Marnie were written to be very similar to Audrey [Gelman], Lena’s best friend. Then, we ended up casting Allison, who isn’t very similar to Audrey. I think Marnie’s arc is interesting because she is the one who changed the most. When you’re starting as a type A, high-strung place, it’s really interesting to take that all apart over the course of a few years, to see what happens when everything starts to unravel for that personality type. 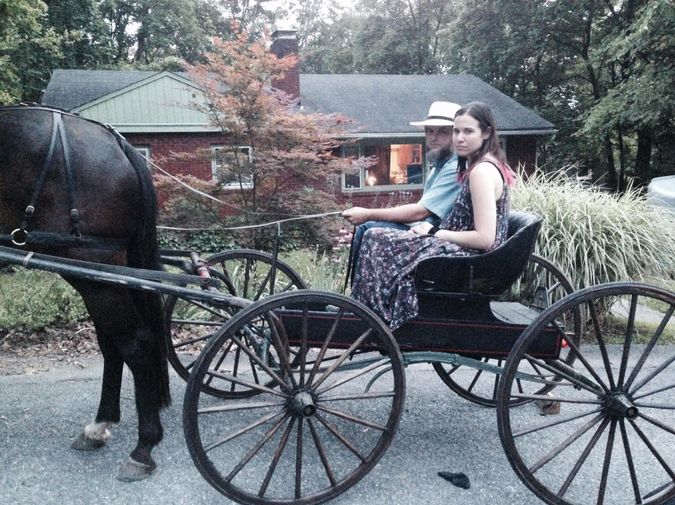 On set during filming of the episode “Female Author,” which Heyward wrote. Image by Sarah Heyward

What do you remember from Allison’s first audition?

I remember her coming in, and she hadn’t done anything at the time. I believe it was Judd Apatow who had seen that video of her singing the “Mad Men” theme song and thought she was great. A lot of bigger names were trying out for the part and it was sort of like, ok, Judd wants us to see this person. Truly, within five minutes of the audition, she blew us away. Her audition was so good. It was just her face. She nailed it. Her lack of experience was really winning and she was fresh and really excited. She had just graduated from Yale so she definitely had the Type A, overachieving thing down pat. She had to be Marnie.

The first episode you wrote for the show was “Bad Friend,” which really has lived on as such a fan favorite. What was your experience like co-writing with Lena — and how did you come up with the idea for that mesh yellow tank top?

It was a pleasure, it was fun, I was still very much learning at the time. Lena was always very generous with me, she gave me more trust than she probably should have. I know in some rooms, when there’s one creator who has such a singular voice the way Lena does, that writer rewrites everything. I think we split the script in half, she wrote half the scenes, I wrote half the scenes. She certainly went over what I wrote but she never took it away and rewrote it, which I really appreciated as a low level writer in the room at the time.

The mesh tank top thing, I remember I wrote it without thinking about it. I mean, half the time when you write in what they’re wearing, it’s going to change. But it was just an off the cuff thing, and I didn’t quite think until I was on set that I had basically written in that Lena would have her breasts showing for basically the entire episode. But of course she’s Lena, and she didn’t care at all.

The tank top became legendary with “Girls” history, which is funny to me. On the last day of shooting they let us go into the costume closet and take things that we wanted and there was an entire rack of neon mesh tank tops. I was like, glad to see you have so many back-ups —- and I still don’t want one. I’m happy for it to live in “Girls” world forever. 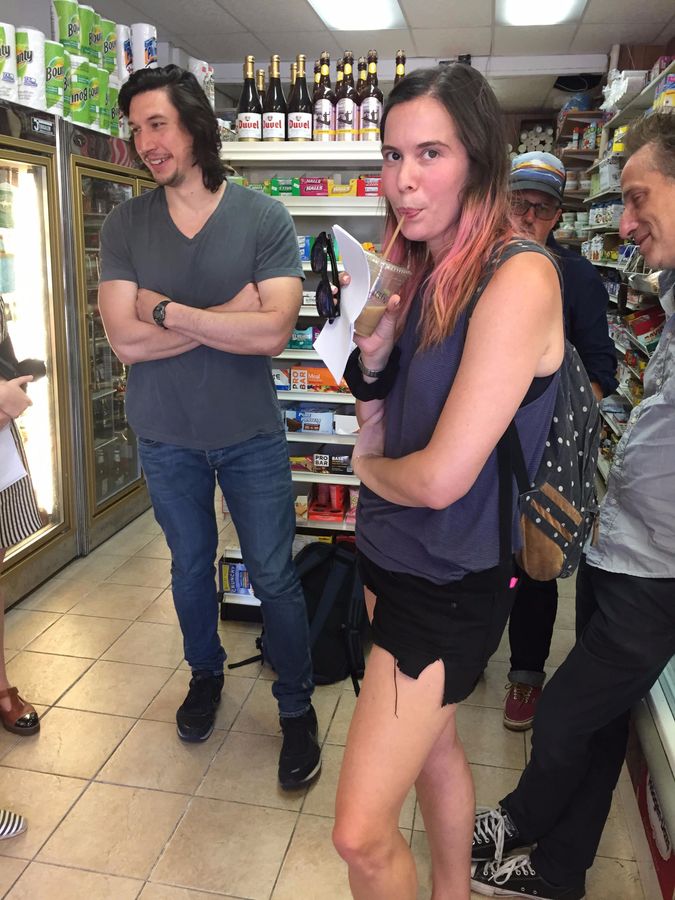 How did it feel saying goodbye to these characters?

Six years is a long time to work on one show with basically four main characters. It felt right. It was the right time to end. We had known where we wanted the characters to end up more or less, for at least a few years. I was pretty mentally prepared. As it’s airing though, it’s hitting me more that this is over.

Have you been watching along with each new episode?

I definitely watch because, other than when they want my opinion on a cut, I don’t generally see the episode when it’s in the editing process. I’m always curious to see how it all comes together, what they chose to keep in, and the actors always do so much improvising and there’s a lot of last minute joke pitching.

I didn’t realize there was improvising! Who improvised the most?

They all improvised. I’d say Andrew Rannells was an improv star for us, through and through. Often out of laziness, once and awhile we’d just write in that Andrew could improv some things about the theatre world.

Honestly, one of my favorite people to watch improvise is Ebon [Moss-Bachrach], who plays Desi. He has this line last week where he’s talking to Marnie about how all her friends talk shit about her, they say this, they said that, they say her poetry is repetitive. That was completely Ebon. I remember he came up to me on set that day and said he had a couple of ideas for what Marnie’s friends could be saying between her back. He said they were really bad pitches and asked me to fix them. But they were amazing. I was like, if you think I’m going to come up with something better than Marnie’s poetry being repetitive, you’re insane. He is a genius, he brought so much to Desi. 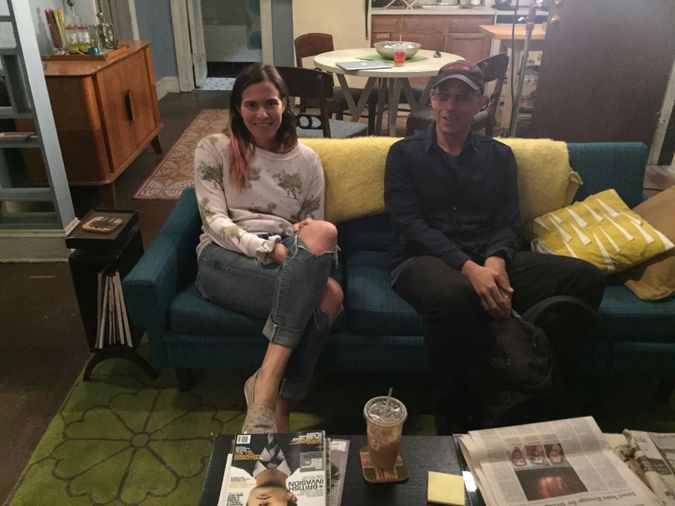 Heyward on set in Hannah’s apartment. Image by Sarah Heyward

Looking back at all the criticism written about “Girls” over the seasons, how did you deal with that commentary in the writers’ room? How much of it did you try to address, and how much did you decide wasn’t constructive?

The way it works with a TV show is that you’re writing the next season often before people have even seen the previous season. We were already writing season two before people had even seen or reacted to season one. The feedback sort of started pouring in during the process. I’d say we didn’t make a conscious effort to respond to any specific criticism other than all of us, of course, agreeing with the criticism that the show should be more racially diverse. It was completely valid.

“Girls,” in my experience, was never a show where the voice of the critics affected us one way or another. Lena has such a strong voice, she’s very sure of herself, she stands up for what she believes in. She’s not that affected by what people think, which is incredible, and it’s allowed her to rise really high.

We were so happy people were talking about the show. It felt like it could have been this tiny show about four girls that just disappeared….[but] it ended up creating discussions with people that needed to be had. Just look at TV now, five or six later, it’s a whole different world. It’s a completely diverse palate. We often say “Girls” would not be made today and that’s kind of a cool thing. I don’t know that they would make a show about four white girls now.

In The Writers’ Room: An Exclusive Look Behind-The-Scenes Of ‘Girls’