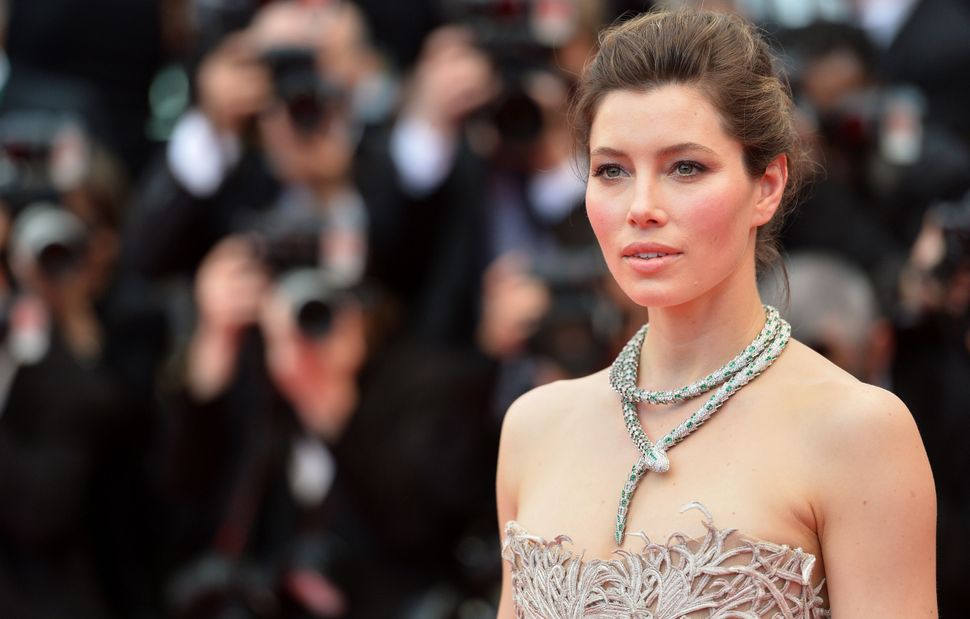 (JTA) — The celebrities who appear on genealogy shows are almost invariably in for a surprise, like a criminal in their family tree or a British royal in their web of relatives. Some, like Dustin Hoffman — who broke down in tears on “Finding Your Roots” last year — delve into their Jewish ancestry deeper than they ever have before.

Others, like actress Jessica Biel, who appears on this Sunday’s episode of TLC’s “Who Do You Think You Are,” discover Jewish roots they didn’t know they had.

Biel — who is also Mrs. Justin Timberlake — achieved fame at age 14 when she was cast in the long-running TV series “7th Heaven.” She has appeared in a number of films since, receiving acclaim for roles in “Ulee’s Gold” and “The Illusionist,” among others.

She and Timberlake had a child in 2015, and she says her status as a new mom intensified her interest in her own family — which she didn’t know much about. Family lore on her mother’s side was that Jessica was part Native American, either Chippewa or Cherokee. There was also a legend about a Civil War soldier shot in the back by his commanding officer while wading across a river.

Jessica was also under the impression that the Biels came from a German town named Biel. After investigating with TLC’s genealogists and historians, she discovered she was the great, great granddaughter of Morris and Ottilia Biel, who emigrated from Hungary (then the Austro-Hungarian Empire) to Chicago in 1888.

The Biels were Jewish, and Morris at first found work as a cloak cutter in the garment business. 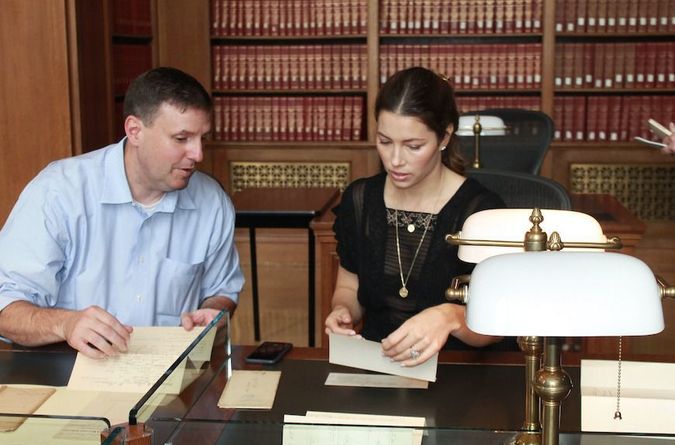 Jessica Biel found some surprises in her family tree on the show “Who Do You Think You Are.” (Courtesy of TLC)

To say that Jessica was surprised is putting it mildly. She also seemed moved.

“I felt my whole life I’ve really not had any religious community at all,” she says. “I want something. Interestingly, we’re talking about a people with a really, really rich cultural community.”

Biel has plenty to discover about Jewish culture. Later in the episode, she notes: “My friends are really into this. They say they’re going to throw me a bar mitzvah.” (A bat mitzvah is the correct term for a girl’s coming of age ritual.)

There was another surprise awaiting her. Morris eventually went to work for a bank and became prominent enough in his community that the Chicago Tribune ran a photo of him and Ottilia on the occasion of their 50th wedding anniversary.

To follow up on all of this, Jessica had a DNA test, which proved she was eight percent Jewish.

“I’m really interested into diving into this Jewish culture a little more,” she says at the end of the episode.