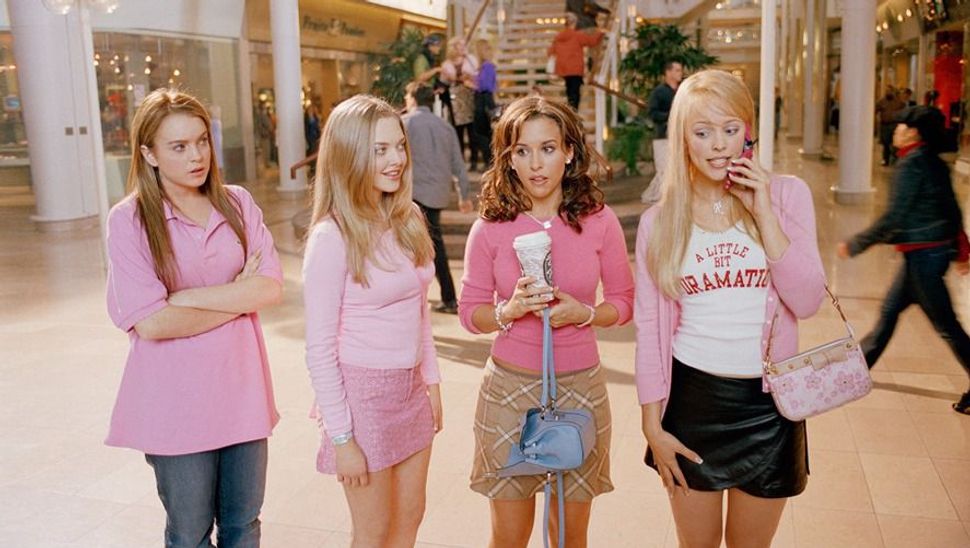 You can’t sit with “Mean Girls the Musical,” but you can buy tickets to the Washington, D.C. world premiere of the upcoming Broadway musical, starting this Friday. Rumblings about the musical have been about as loud as the stomach of a person doing a 72-hour cranberry juice cleanse, but unlike the “South Beach Fat Flush,” this is for real — the 2004 comedy classic is slated for an October 31st launch at the National Theatre in Washington, D.C., with a Broadway premiere following the two month out-of-town tryout (though no date has been set).

The movie that dictated “the rules of feminism” is based on the book “Queen Bees and Wannabes” by Rosalind Wiseman, who has spoken to the Forward about how Judaism can guide teens away from bullying. “Judaism is there for the taking, a framework for how to behave and conduct yourself with a moral compass of social justice,” she said.

Essentially, don’t mastermind a plan to bring down your enemies by turning their lives, bodies, and loved ones against them.

But bad morality makes for great musicality — “Mean Girls the Musical” has a crack team, including the film’s screenwriter Tina Fey who returns to write the book, and her husband Jeff Richmond who will be writing the music. Could this just another example of the nepotism that has come to dominate in the Trump era? No, you grotsky little byotch! The three-time Emmy winner composed all the music for “30 Rock” and “Unbreakable Kimmy Schmidt,” most notably such comedy song classics as “Muffin Top” and “Werewolf Bar Mitzvah.” Lyrics are by Nell Benjamin, who has a history of turning classic chick flicks into lyrically flawless songs (you may laugh, but “Legally Blonde the Musical is actually masterful!) with major Broadway veteran Casey Nicholaw as director and choreographer.

So just how fetch will this production be? We don’t really know, since there have been zero teased songs or other promotional material and the show hasn’t even been cast. It’s a little chutzpadik to sell tickets to a show with no cast, but let us float a theory: perhaps producers are staying silent because they are working to tempt Lindsay Lohan into a comeback. LiLo’s post-“Mean Girls” fall from grace is fading from the public memory, and she has been out of the tabloids and into the Twitter (classic comeback groundwork) for years now. She’s an accomplished singer who could still play a high schooler, given the right amount of delusion. Other “Mean Girls the Musical” predictions from us: Karen Smith’s boobs will have a duet with Gretchen Weiner’s hair, the “trust falls” scene will be an elaborate ballet, and Kevin G’s mathlete rap will be expanded into a classic 11 o’clock spot ballad.

Of course, we can’t really know if any of these will really happen, so we may have to buy tickets and wait. Unlike Karen Smith, our boobs don’t have ESPN.