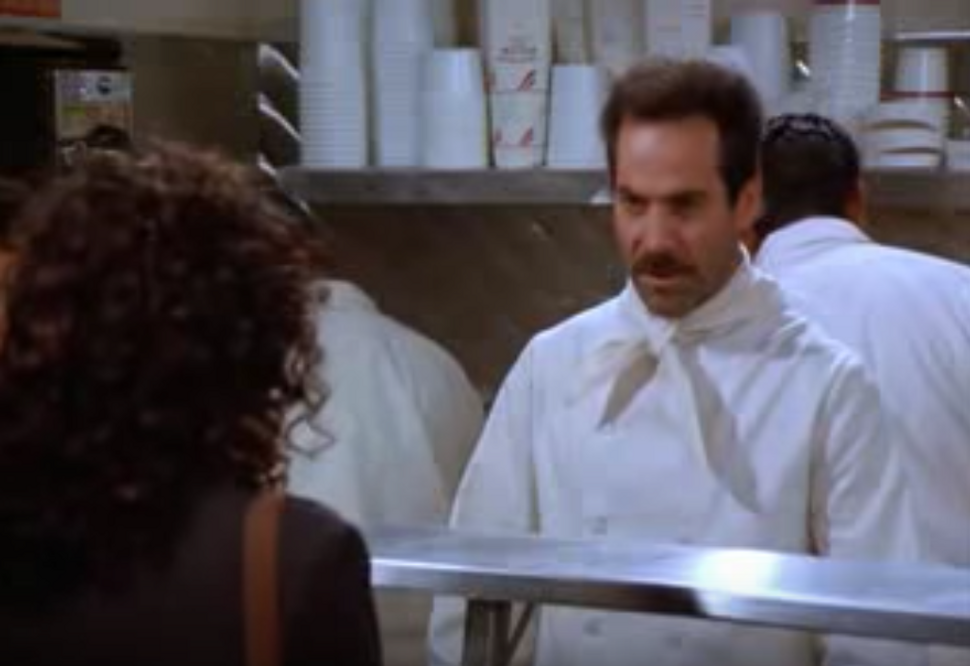 The disarmingly pleasant self-taught chef has captured the attention of the food-loving internet (known also as: the internet) by creating a YouTube channel that teaches viewers how to cook recipes from popular movies and TV shows.

On “Binging With Babish” (named for Oliver Platt’s small role on “The West Wing”), Rea prepares meals like the Thanksgiving sandwich from “Friends,” the prison sauce from “Goodfellas,” and the eponymous dish from “Ratatouille.” Every single dish looks either mouthwatering (the “poutine on the Ritz” burger from “Bob’s Burgers”) or wonderfully disgusting (Will Ferrell’s dessert pasta from “Elf”). This week, Rea produced a “Seinfeld Special,” preparing three foods from the sitcom: the Soup Nazi’s cream of mushroom, Elaine’s poppyseed muffin tops, and, as a grand finale, a cinnamon and chocolate babka bake off.

Rea knocks out the famous soup so swiftly and precisely that by the time it is completed it feels like the Soup Nazi has been vanquished at last. He proceeds to test Elaine’s theory that the top is the best part of the muffin, or, as she says, “I don’t like the stumps.”

Last, he runs a clip of a classic Jerry Seinfeld rant:

“Cinnamon takes a back-seat to no babka! People love cinnamon! It should be on tables in restaurants along with salt and pepper. Any time people say ‘oh this is so good, what’s in this, the answer comes back: cinnamon!”

Rea’s dueling chocolate and cinnamon babkas are so visually luscious that gazing at them feels inappropriately objectifying. Watching them emerge from the pan it is easy to imagine them enduring street-harassment. Rea took a bite and concurred with Seinfeld: the cinnamon wins.

Rea is a nice antidote to the labored perfection of most YouTubers and celebrity chefs — in one video he explains a trick to cut time peeling garlic, which he confidently executes, fails, and says, “Oh. I guess we’re going to peel these by hand.” He urges chefs at home to follow his drinking lead and “be sure to use Scotch as necessary,” which he does throughout the videos. He has a voice like John Hodgeman, if John Hodgeman was a young motorcyclist.

The “Binging with Babish” Seinfeld video is labeled “Part I.” YouTube commenters are already clamoring for a Part II that will include Seinfeld favorites like black and white cookies, marble rye, eggplant calzones, and the big salad. The video has over a million views.