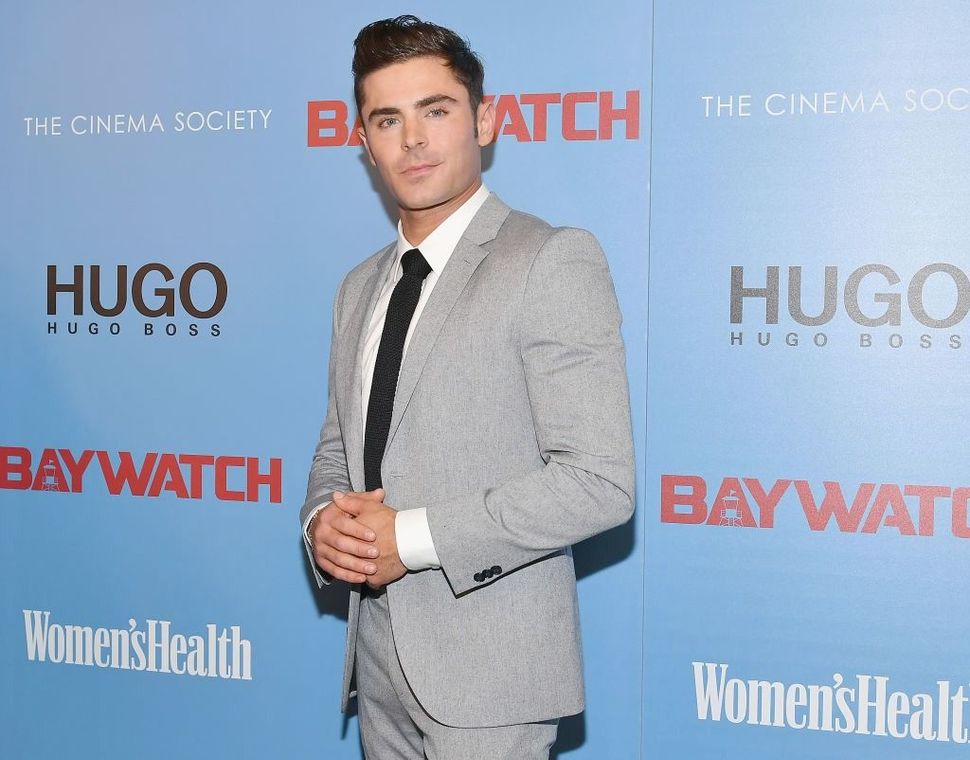 What’s wrong with being a man right now?

Not much, unless you have conflicted feelings about wars (propagated now and ever mostly by men), murderers (the vast majority also male), and man buns (no further explanation required).

Zac Efron is here to change all this.

The 29-year old actor co-stars with Dwayne “The Rock” Johnson in the new ‘Baywatch’ movie, out May 25th. Created by original ‘Baywatch’ writers Michael Berk and Douglas Schwartz, the big-screen remake of the 90’s television classic features Efron as an Olympic medalist who turns to lifeguarding after an unfortunately televised vomit-related disgrace.

“In the big scheme of things there’s this opportunity to take a character that you think is based on this ‘Baywatch’ guy in the poster — this cocky, ripped, Olympic athlete douchebag,” Efron told a reporter for Australia’s News.com. The actor said the story appealed to him because he wanted audiences to see this character “go through a change in his life — a period in his life where he becomes a man.”

Efron cited examples of great men in the interview, including co-star Johnson, who plays Mitch Buchannon, the character who was originated by David Hasselhoff. “The only fault he could possibly have is he’s too great”, Efron said of Johnson, who also served as executive producer.

“I wanted to be made fun of and be everything that’s wrong with being man right now, and become a noble person in the end,” Efron said of his character, who is seen in the ‘Baywatch’ trailer doing shots, impersonating his own genitals, and of course, running in slow motion.

‘Baywatch’ reviews are currently coming in lower than the zippers on the female stars’ swimsuits, but the film might be worth a watch just to chart the continued rise of Efron’s unlikely comedy star.

Jenny Singer is a writer for the Forward. You can contact her at [email protected] or on Twitter @jeanvaljenny.