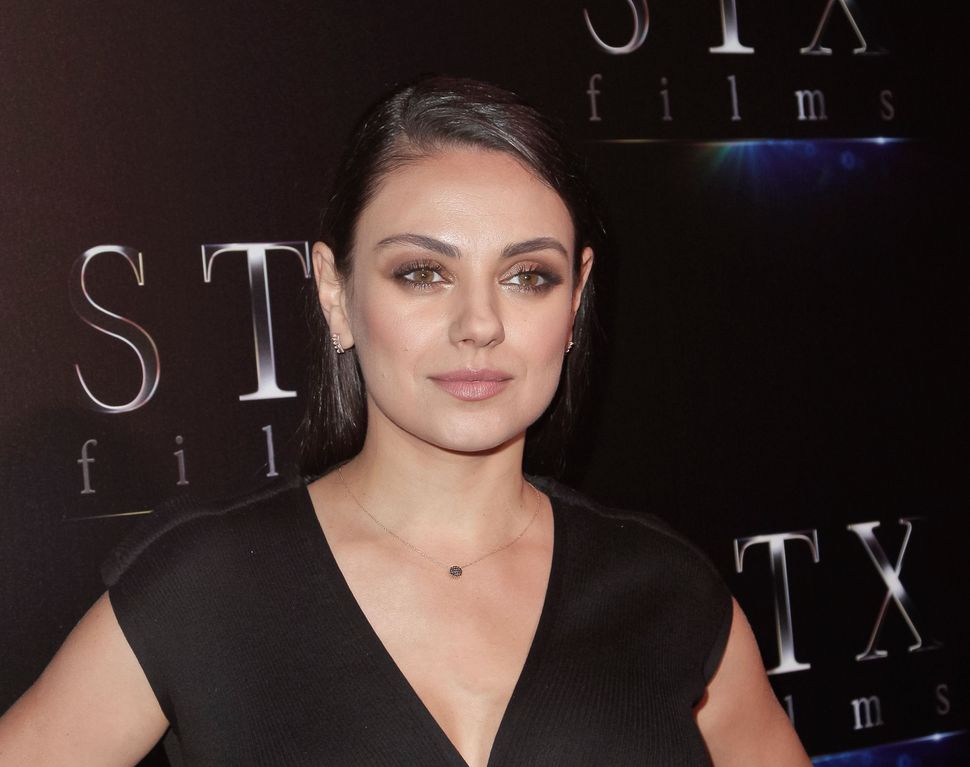 Mila Kunis and hubby Ashton Kutcher made their debut on ‘The Bachelorette’ last night. The couple, both of whom say they watch the show religiously, called ABC to request a cameo when they found out Rachel Lindsay would be this season’s leading lady. Kunis and Kutcher joined Lindsay and the men competing for her heart on the first group date of the season. The couple created a relay race for the occasion, specifically designed to weed out the men who are decidedly not “husband material.”

Ready to help @TheRachLindsay make some hard decisions on tonight’s episode of #TheBachelorette at 8/7c on ABC pic.twitter.com/pEAqpvXC5J

What makes someone husband material, according to Kunis and twice-married Kutcher? In an unexpectedly feminist turn of events, it turns out to be their skills in the domestic sphere. The men were tasked with vacuuming down a track and pulling a foot-long hairball out of the sink — all with a plastic baby doll strapped to their chest. And of course, they had to change that plastic baby’s diaper.

Pro-wrestler and father of a pre-teen, Kenny Layne, better known by his ring name Pretty Boy Pitbull Kenny King is the only father on the show. Layne identifies as a single father and we met his twelve-year-old daughter on the first episode. Unfortunately, the advantage of having raised a child couldn’t compete with the sheer determination of Lucas “Whaboom” Yancey, professional walking brand and every woman’s worst nightmare.

So Layne came in second and Yancey walked away with the top prize — extra time with Rachel. Perhaps Kunis and Kutcher don’t know exactly what skills make a man husband material. That doesn’t mean the ones they tested are not #relationshipgoals.