Al Franken Unleashed, And More To Read, Watch, And Do This Weekend 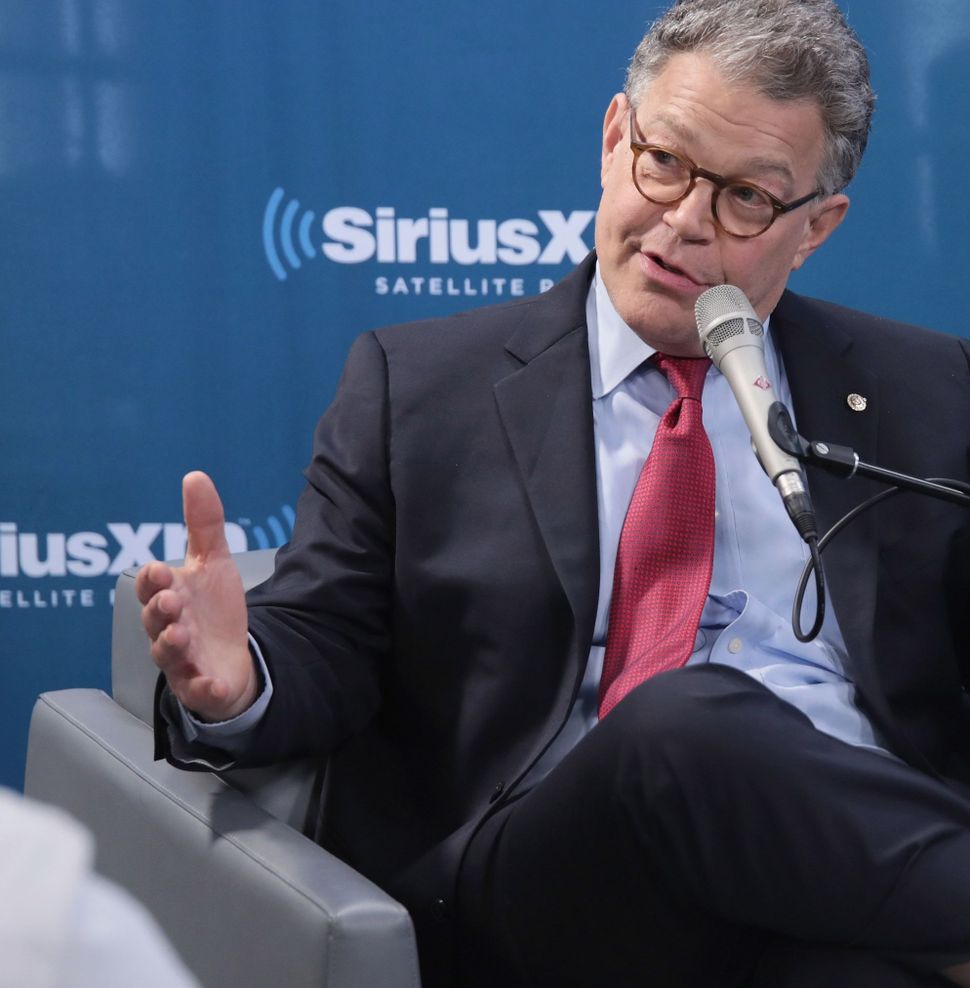 This weekend heralds the release of two long-awaited would-be masterpieces: The blockbuster film “Wonder Woman” and Al Franken’s return to comedy with his new book “Al Franken: Giant of the Senate.” If you can get a ticket to “Wonder Woman,” by all means go and wonder — ha — at Israeli star Gal Gadot’s performance. If not, check out The Forward’s guide to films to watch instead, including Demetri Martin’s dark comedy “Dean.”

If Al Franken doesn’t sound like quite your literary cup of tea, other good bookstore picks include “Kingdom of Olives and Ash,” an anthology of writing about the Occupation edited by novelists Michael Chabon and Ayelet Waldman and Sharon Solwitz’s new novel “Once, in Lourdes,” full of teenage drama. And although yet another post-mortem on the 2016 election may sound taxing, make time to read Rebecca Traister’s deft, insightful profile of a post-election Hillary Clinton in New York Magazine.

In New York City, rediscover some wonder at the World Science Festival. Highlights will include a panel on women in science featuring Mayim Bialik and a Walter Isaacson-led discussion about nanotech. (No, we don’t really know what that means, either.) Head to the Jewish Museum on Sunday afternoon for musical performances inspired by the Museum’s current exhibit “The Arcades: Contemporary Art and Walter Benjamin,” created by composer John Zorn and poet Kenneth Goldsmith. And for a taste of pure beauty, don’t miss the Eifman Ballet of St. Petersburg as it swings through City Center on its 40th Anniversary North American Tour.

In Los Angeles, head to Lineage Performing Arts Center for a performance of Jason Robert Brown’s musical “The Last Five Years,” which features a self-centered Jewish novelist who memorably belts out numbers like “Shiksa Goddess” and “The Schmuel Song,” or hit the Santa Monica Playhouse for Jack Fry’s one-man-show “Einstein!” And in Washington D.C., catch one of the National Symphony Orchestra’s performances of Gustav Mahler’s Second Symphony, the “Resurrection,” featuring Golda Schultz and Natalie Stutzmann.

Al Franken Unleashed, And More To Read, Watch, And Do This Weekend