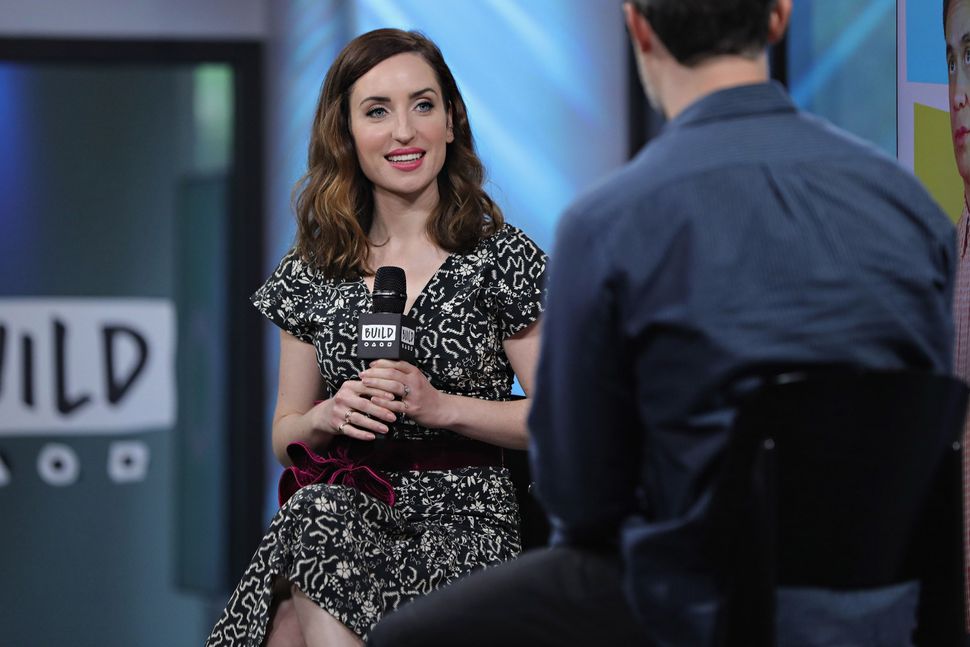 Statistics for women in Hollywood are bleak at best. Men held 72 percent of behind-the-scene roles in independent film last year and independent festivals screened feature films made by women at a rate of one to every three made by a man.

For Zoe Lister-Jones, those numbers are not okay.

The writer/director/actor powerhouse is debuting her first feature film ‘Band Aid’ this weekend and she hired an all-female crew to make it happen.

In an essay penned for Lenny, Lister-Jones explains the inspiration behind her decision to only hire women.

“As an actress, I have been all too aware of the underrepresentation of women behind the camera. Outside of Band Aid, I have Acted in 40 productions and, out of those 40, I have worked with only three female cinematographers. My personal experience in witnessing this jaw-dropping ration is mirrored by current statistics. At present, the numbers are staggering.”

Numbers for other positions, like gaffers or sound engineers, were not cited.

“Throughout my childhood, she towed me along to protests (my earliest protest memory is, at age ten, calling for an end to rape in the former Yugoslavia) and to meetings at the Women’s Action Coalition. And each year, when we would visit our family in Calgary for Passover, she would have me read a supplemental passage from her feminist Haggadah, outlining the ten plagues for women, which was inevitably followed by my great-uncle storming out of the room in a fury.”