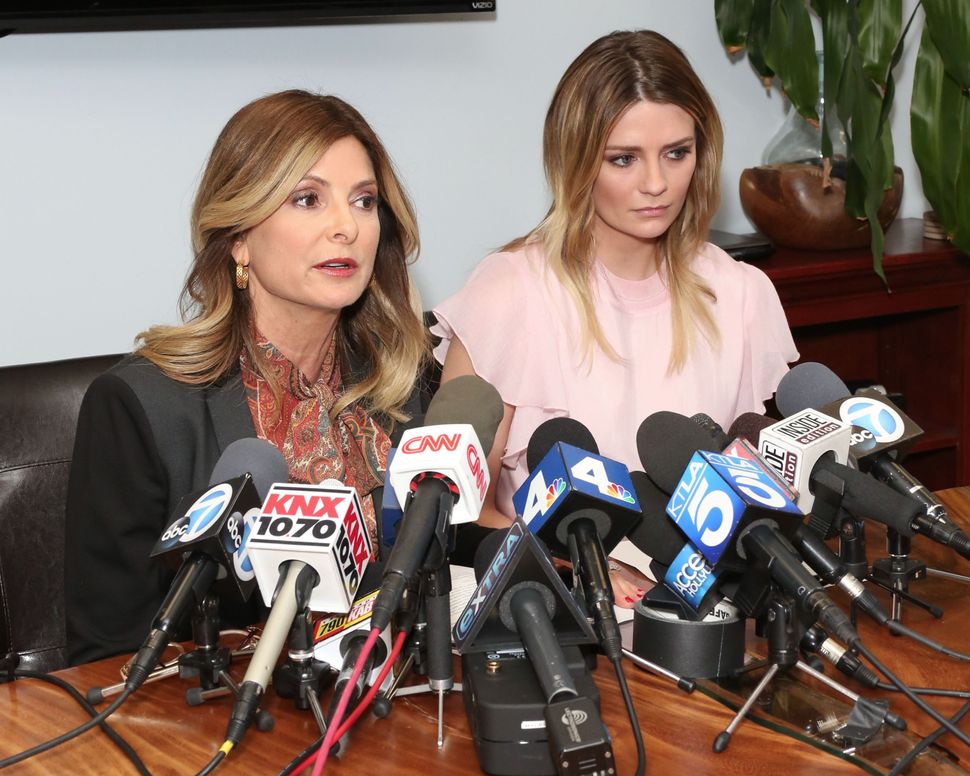 Lisa Bloom, the woman whose name turns men who voted for Trump into quivering piles of spaghetti, is back with another win.

The lawyer, daughter of other feminist champion Gloria Allred, seems to be everywhere as of late. She was front and center at Kathy Griffin’s Decapitationgate press conference, she’s representing Andrea Costand in her trial against Bill Cosby, and she’s credited as being the woman who brought Bill O’Reilly to his knees.

In what is just another day for Bloom, she’s gone and won a case on behalf of O.C. Star Mischa Barton, who can now sleep at night knowing that her ex-boyfriend will not release a sex tape of the couple he allegedly captured without Barton’s consent. Zacharias must hand over any materials to Bloom, who will hopefully burn it in an elaborate witchcraft ceremony.

Yesterday, Bloom tweeted a picture of herself and Barton holding up their hands in victory.

People said Mischa and I could never stop an ex trying to sell explicit pix of her. I disagreed. Today, we won. https://t.co/YtryoBDVLo— Lisa Bloom (@LisaBloom) June 5, 2017

Bloom also shared a TMZ article on her Twitter page, commenting on the post,“Mischa and I fought this battle for women’s right to control which images of our bodies would be public.”

Brains and talent hasn’t begotten brains and talent like this since Jada and Will gave us Willow and Jaden. Thank you, Gloria Allred, for raising the woman Rebecca Bunch could have become if she hadn’t run off to West Covina for Josh.