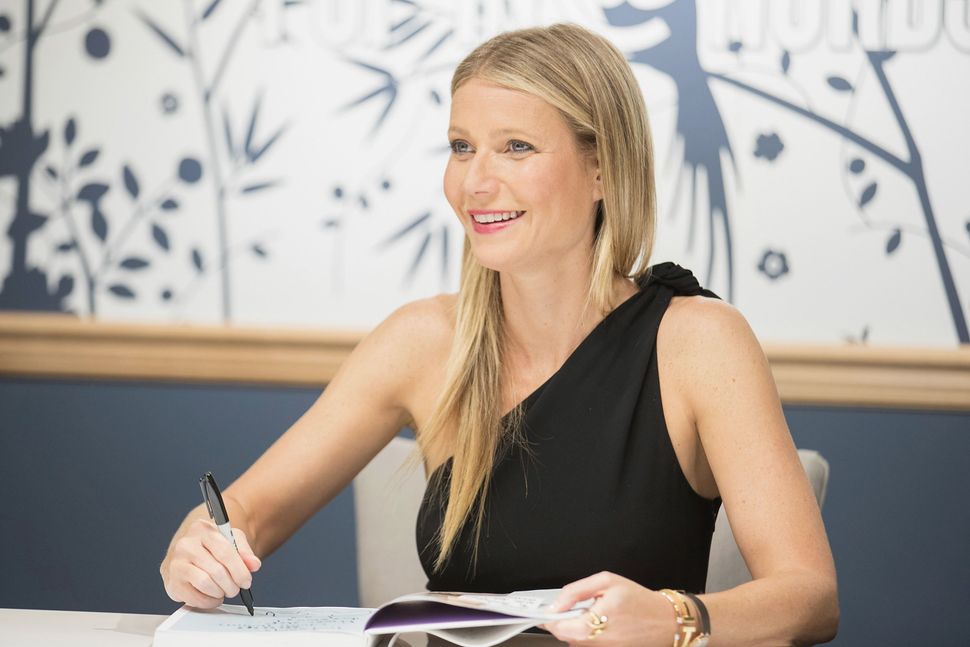 Last night, Apple released its first original series ‘Planet of the Apps,’ a show that features several entrepreneurs developing a mobile app that they then pitch to a panel of “advisors,” who vote on whether or not they’re interested in the concept.

As if this show doesn’t already sound like something nobody would ever want to watch, one of the featured advisors is Gwyneth Paltrow, reigning queen of GOOP and peddler of fake science.

What does Gwyneth Paltrow know about apps? Not nothing, apparently. The lifestyle brand entrepreneur launched the unfortunately named app ‘G. Spotting’ last November. Though it sounds like an app for menstrual emergencies, it is in fact a travel app for people who aren’t turned off by the fact that its creator recommends daily vaginal steaming for women.

Although filming has ended, Paltrow says she’s still in contact with some of the featured entrepreneurs and has even been asked by a few to sign on as an official advisor.

Where will she find the time to advise mobile app makers in between advising women to put jade eggs up their cooch? Your guess is as good as mine.

The other judges include Jessica Alba, Will.i.am, and entrepreneur Gary Vaynerchuk. The first episode is available on iTunes.