From TV To Broadway And Back: Netflix Releases Trailer For Nick Kroll’s “Oh, Hello” 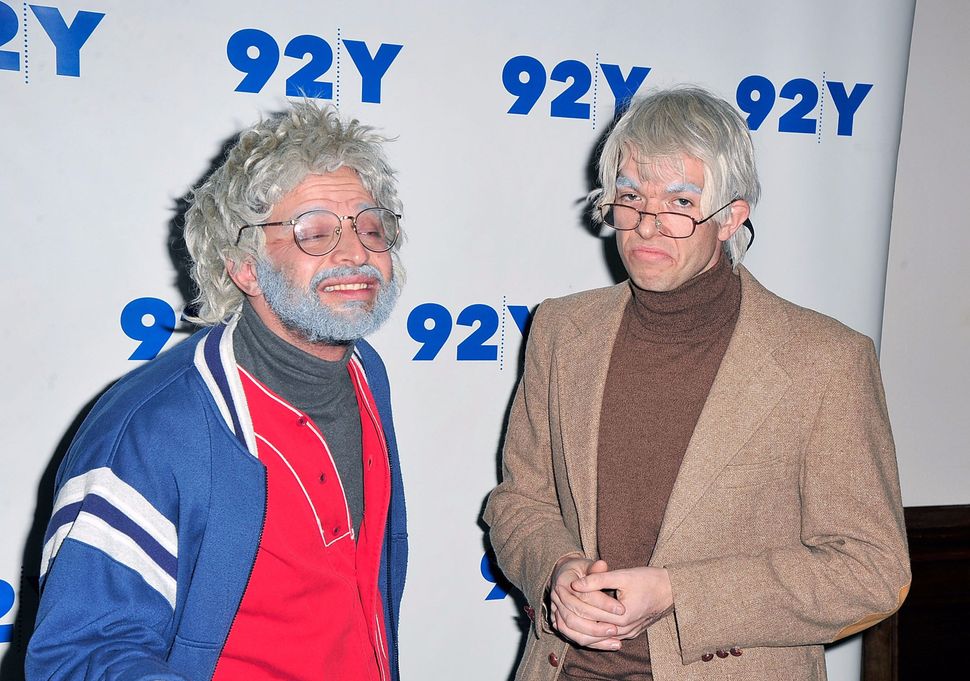 When Nick Kroll decided to cancel his Comedy Central show, I knew I had a long road to forgiveness in front of me. “The Kroll Show” was one of the funniest shows on television and it hurt to know that I would never again be treated to a PubLIZity sketch. It was hard not to take its cancellation personally. After all, Comedy Central had offered to renew it but Kroll, demonstrating complete and total disregard for my feelings, said, “Thanks but no thanks.”

When Kroll, along with his partner John Mulaney, turned his “Oh, Hello” sketch – a sketch about two old men who pull a fair amount of tuna-related pranks — into a Broadway show, it was little more than cold comfort. Tickets were expensive and space was limited and I’m just not the type to wake up at 5 in the morning to stand in line for tickets I may not even get.

But it appears Kroll’s redemption day has come! You can finally catch the Broadway show (also named “Oh, Hello”) from the comfort of your own home on June 13th. And judging by the trailer, which Netflix dropped today, it appears to do justice to the original sketch. Thanks, Nick, for what I know deep down is a personal apology.

You can catch the full trailer here.

And just for good measure, let us pay a quick homage to my favorite “PubLIZity” sketch.

From TV To Broadway And Back: Netflix Releases Trailer For Nick Kroll’s “Oh, Hello”