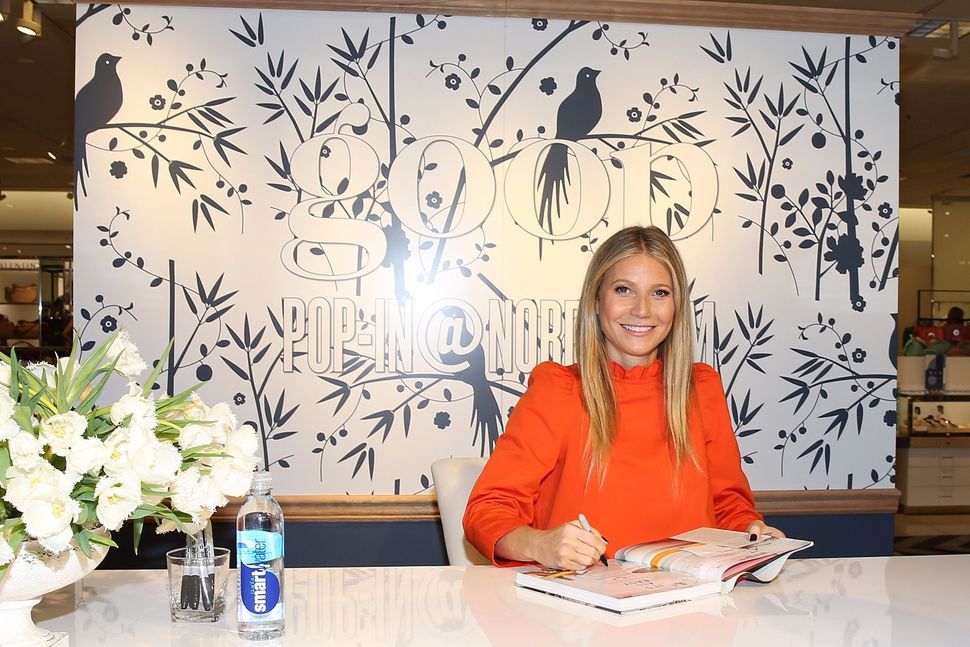 For those of us with cash to spare and a deep mistrust of modern medicine, Gwyneth Paltrow threw a GOOP conference this past Saturday in Culver City, CA.

Tickets to the conference, cleverly named “In goop Health” went on sale in April for between $500 and $1500 dollars and quickly sold out.

While, presumably, there were real (ish!) women present at the conference, it was also attended by a slew of lifestyle journalists, there so that regular women can live vicariously through their recounted experiences.

Here is their story.

From Rina Raphael of Fast Company:

They lounged on chaise chairs in the outdoor picnic area, making friends and swapping notes on meditation practices and designer sneaker shopping. While getting an organic manicure, I met a woman in her late 20s who said she had spent the last hour just taking in the parade of fashion.

“Aren’t they all just wearing yoga leggings?” I asked.

“Yes,” she responded, “but the best yoga leggings.”

In the day’s first lecture, Sadeghi spoke for nearly 90 minutes about “integrative photosynthesis,” “spiritual Wi-Fi,” “laterality to the body,” “neuro-vegetative signs” and “the ontological experience called your life.”

He spoke of June 4, 1997, the day Paltrow first reached out, as the most important of his entire life, moreso than his marriage or the birth of his two children. He’s saved every email she ever sent him, and spent half an hour walking the audience through a detailed explanation of Paltrow’s first bloodwork, her then-recurrent urinary tract infections and an ovarian cyst that, he said, threatened to blow out her back. (One of the enduring mysteries of Paltrow’s success as a health and wellness guru is her endless stream of medical ailments.)

Sadeghi went off on some interesting tangents. “What makes water wet?” he asked, more than once. “I nearly got a master’s in electric chemistry asking that question.”

He stated that we still don’t know how birds fly, despite the Wright brothers inventing the airplane by observing birds in flight. “I am probably one of the most authentic human beings you will ever meet,” he said, a pronouncement usually reserved for anyone working a con.

And from Andrea Mandell of USA Today:

Though all of the activities available in the courtyard booked up for the day by 10 a.m. (an annoyance to many who paid hundreds if not thousands to be here) I luck out and get my aura photographed (a purple-y red, as it turns out, signifying I’m both a “visionary” and “passionate”). I sample “kale cookies ‘n cream” vegan ice cream. (Pass.) Two women I run into from Kansas City have told me they’re not super into the panels so far, and might try a nearby hike.

These brave journalists, as far as we’re aware, have all since made it out alive.

Paltrow’s next conference will take place in The Big Apple.