The Best Jewish Camp Movies To Watch This Summer 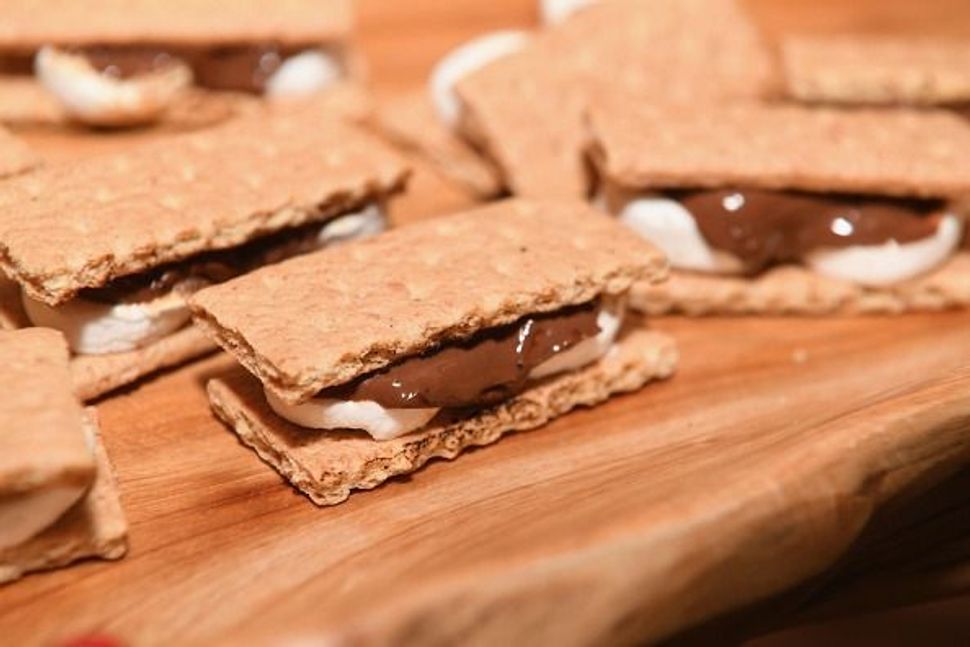 The founders of the first American Jewish summer camps imagined that camp could be an opportunity for Jewish city kids to breath country air and for Eastern European immigrant children to assimilate.

They could not have anticipated that their creations would become populous sylvan gatherings where young people set things on fire, avail themselves of opportunities for virginity loss, weep their way through Joni Mitchell’s catalogue, and cut their teeth on what will be a lifetime of complaining that food isn’t hot enough.

Something about the roiling hormones, the isolation, and the pressure for Jewish continuity that Jewish summer camp provides fosters an environment of intense sexual tension, as well as an equally intense desire to learn how to play the acoustic guitar. The indelible experience of these summers has created its own genre: Jewish Summer Camp movies.

Ben Platt, who won three awards this week—the Tony Award for Best Actor in A Musical in “Dear Evan Hansen”, the Forward’s award for “Nicest Jewish Boy Ever”, and my personal award for best eyebrows—stopped by NBC’s “Late Night” to publicize his proud Ramah Camp heritage. He gave a sample of the Hebrew rendition of “Luck Be A Lady Tonight” that he performed at Camp Ramah California. He has said in interviews, “I led Adom to macabbiah victory…I’m proud of it, so I’m not going to stop talking about it.”

Talking about Jewish summer camp on screen is a long tradition. Ben Platt and beyond, the entertainment industry has fully embraced the natural drama of the Jewish summer camping world. Here are our picks for campy movies and TV shows to get you ready for the summer.

Wet Hot American Summer “Wet Hot,” as it is affectionately known by its legions of fans, represents the gold standard in camping movies. It is based on David Wain’s years at Camp Modin in Waterville, Maine. The 2001 movie is almost eerily packed with people who went on to stardom — Elizabeth Banks, Paul Rudd, Amy Poehler, and Bradley Cooper — as well comedians who were already stars, like Janeane Garofalo, David Hyde Pierce, and Molly Shannon. The movie originally opened at a single New York City theater but went on to become a cult classic and was adapted by Netflix into a prequel series last year, with another limited series coming soon. It features such familiar Jewish summer camp scenes as an underage lake-side gay wedding ceremony, an astrophysics emergency, and a talent show. It is a parody, though some summer camp veterans may confuse it with a documentary.

Gorp A YouTube comment on the trailer for “Gorp” begins, “Gorp was an incredibly stupid movie with no story and just random scenes of bizarre events.” Oh dear sweet YouTuber, isn’t life, and moreover Jewish summer camp, so often comprised of random scenes of bizarre events? Like many other works on this list, there were enough Jews involved in the making of “Gorp” to dig a pit and then put on a gaga tournament inside of it. Set at a Jewish summer camp in 1980 and starring Fran Drescher, Rosanna Arquette, and Dennis Quaid, the movie focuses its energy on the important things: sex, poop, and rabbis. Like a high holiday sermon, the movie’s tagline is “With something to offend everyone!”

Meatballs If I told you that between producing “Animal House” and directing “Ghostbusters” Ivan Reitman made a Bill Murray-vehicle about Jewish summer camp, you would watch it, right? That movie exists, it is called “Meatballs”, and it was one of the inspirations for “Wet Hot American Summer.” The writers, actors, and characters are mostly Jewish, but the film isn’t explicit about its Judaism, which actually realistically represents a common upstate summer camp experience.

How To Make It In The Promised Land This beyond brilliant short film (which you can watch right here for free) occupies an upsetting place somewhere between a game of truth or dare that goes too far and a reading of “Night” as a bedtime story. For one short day, counselors transform Camp Shalom from a sunny hilltop in California to Lodsz, Poland under Nazi occupation. Campers are assigned roles as Polish Jews or SS guards, and in the space of fifteen minutes Sam Zalutsky, whose film is based on a short story by Ellen Umansky from Tablet, says something real about freedom, moral corruption, and Holocaust education. “You should all REALLY appreciate how lucky you are to be living in America,” the head counselor announces right before the game begins. In his voice is an anxiety that all people who have tried to teach the value of freedom by restricting it will recognize.

Zelimo This pensive movie follows a boy at Jewish summer camp through memories of his passage to the United States from Russia and his relationship with a sympathetic camp counselor who is a Cuban Jew. Zelimo suffers as a Jew in Russia and suffers as a Russian at Jewish camp, but filmmaker Alex Rosenberg treats the material lovingly.

Girls (Season 1, Episode 4) In one episode of the hit HBO series, “Girls” exploits a psychosexual fantasy-nightmare shared by millions or at least by the person writing this article — you run into your Jewish summer camp crush on the street while wearing a face-flattering headband and he’s really into you but then it turns out he’s just a villain sent straight from Jewish Satan and he keeps trying to trick you into touching his knee. Shoshana Shapiro and her Camp Ramah crush discuss death by kayak, death by raft, and, to their detriment, sexual shehechianus.

Crazy Ex-Girlfriend (Season 1, Episode 1) Rebecca Bunch isn’t crazy, she’s just a girl who met a boy and fell in love with him and now she’s moving across the country for him. Except — they met at summer camp over a decade ago and haven’t really spoken since. This is the premise of the hit CW show “Crazy Ex Girlfriend” and even though the religion of the camp isn’t specified the whole show is so vibrantly Jewish that we had to include it. Would Rebecca’s mom, who sings an entire song called “Remember That We Suffered” really pick a camp for goys?

JDate (Advertisement)
You are hot, you are Jewish, and it is your god-given right to go on a date with someone who knows what Macabbiah games are. Go forth and multiply. Not on camp property, please.

The Best Jewish Camp Movies To Watch This Summer