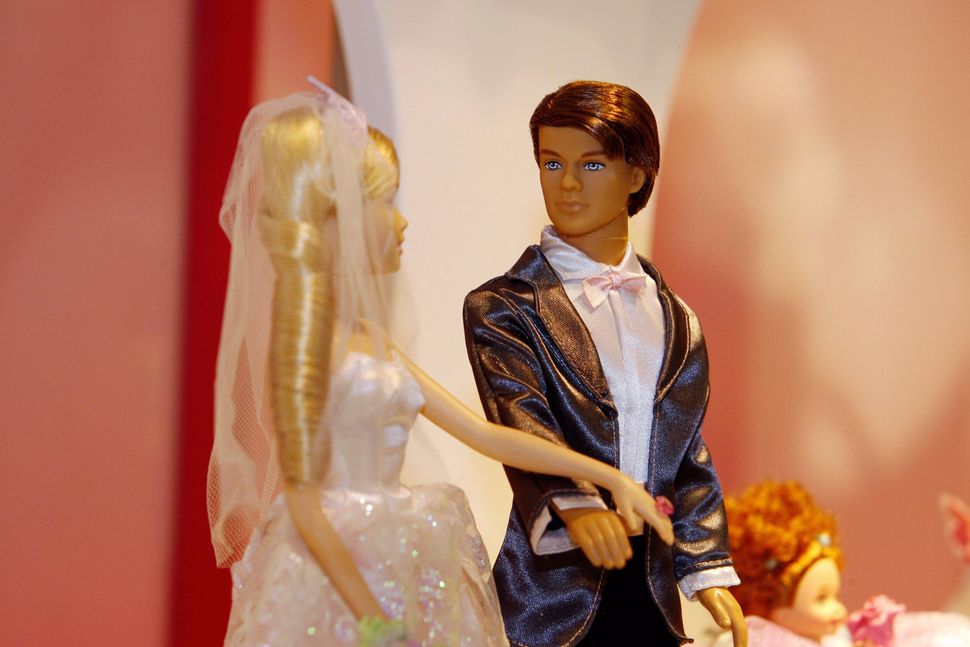 Are you the kind of person who is kept up at night thinking, “Mattel’s Ken doll has such an unrealistic body! No one has that much time for the gym!”?

Have you ever dared to hope that Mattel might one day acknowledge that men come in a variety of shapes and sizes?

Are you the parent of an eight-year-old girl whose Barbie doll is into guys with a unique sense of style?

Well, today is your day! Your child or creepy brother-in-law can now own Ken in up to three diverse body types!

After having given Barbie a makeover in 2016, Mattel is now unveiling her on-again, off-again boyfriend’s own personal aesthetic evolution. The company is offering Barbie’s boo in “slim” (aka hipster), “broad” (aka “Dad-bod”), and “original” (aka “fitness instructor”). You can also pick up a Ken doll in eight hair colors, nine hairstyles, and seven different skin tones.

“Evolving Ken was a natural evolution for the brand and allows girls to further personalize the role they want him to play in Barbie’s world,” said Lisa McKnight, Senior Vice President and General Manager of Barbie, in a press release.

Mattel is banking on the 15 new diverse looks to boost their sales, which have struggled since parents started to suspect that their daughters’ low self-esteem was at least partially due to the fact that they grew up playing with the physiologically impossible original Barbie.

The best part of all of this is that Mattel is finally granting the seminal wish of little girls everywhere – to someday own a Ken doll with a man bun.