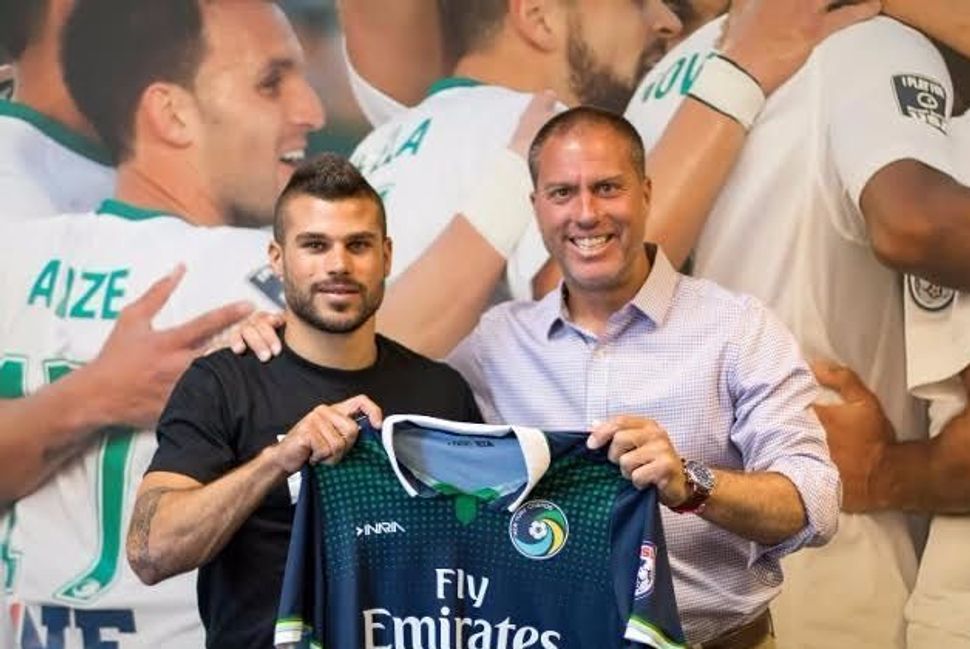 “Everywhere I’ve played, I’ve felt like an ambassador for Israel.”

When Kobi Moyal signed for the New York Cosmos at the end of June, it was the culmination of a long and winding road from a West Bank settlement to the bright lights of the city that never sleeps.

The 30-year-old has played for clubs in Jerusalem, Tel Aviv, Haifa and Kfar Saba. He has played for the Israeli national team. He was even chosen as the midfielder of the year during a brief stint in Moldova.

Now, the Ma’ale Adumim native finds himself in Brooklyn, playing for the most storied team in U.S. soccer history. Pele and Franz Beckenbauer, perhaps the greatest forward and defender, respectively, in the history of the game, wore the Cosmos’ green and white uniforms. So did Mordechai Spiegler, Israel’s all-time leading goal scorer 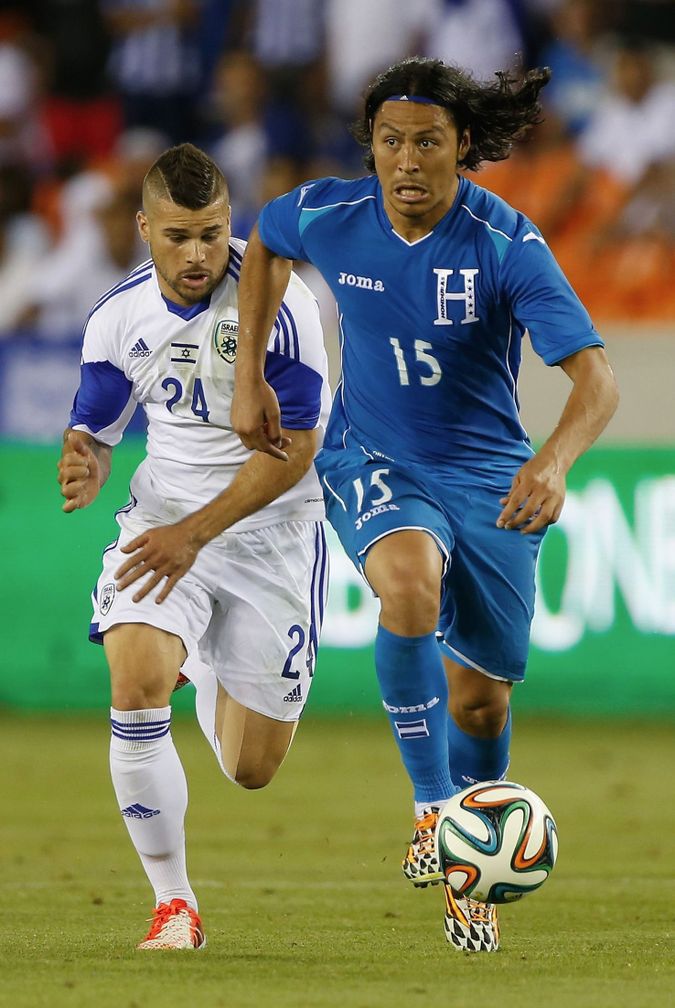 Can Kobi beef up the Cosmos’ midfield? We spoke with the 30-year-old over the phone about his decision to move to New York.

This interview, which was conducted with the help of a translator, has been edited and condensed for clarity.

Usually Americans head to Europe and Asia to play soccer, not the other way around. Why did you decide to transfer to the US?

Three years ago, I came and played a friendly game with the Israeli international team in Houston. Ever since then, I loved what I saw – both on the side of living in the U.S., and the progress that soccer has made over the last three years. Ever since then, I’ve visited the U.S. in the offseason every chance that I had. It’s been a dream of mine to play in the U.S., and now that everything has worked with the Cosmos, it’s an even bigger honor to be able to play for them

Why did you choose the Cosmos? Did the team’s history factor into your decision?

There were three things that convinced me to choose the Cosmos. First, the tradition of the club and their history. Second, that the club plays in a city like New York, and the opportunity to live here. And then, I was here a few weeks ago and had the chance to train with the club for a few days. I fell in love with the staff, the organization and the way that they do things. That was a big part of my decision.

You’re the only Israeli on the Cosmos. Has that been difficult for you?

It’s very exciting to be the first Israeli on the new Cosmos – there were Israelis on the Cosmos many years ago – stars like Mordechai Spiegler and David Primo [who played for Israel in the 1970 World Cup] but right now, I’m the only one. But it’s been good for me, there haven’t been any problems.

What are your goals with the Cosmos?

My goals are the club’s goals – I want to help them win a championship. I want to help raise awareness of the club and hopefully bring some more fans to our games.

Is this a long-term move for you? Is your family moving here with you?

Was the Jewish community in Brooklyn and New York part of your decision to come here?

It absolutely was – I know there are a lot of Jewish and Israeli people here, and I’m excited to be here with them. I get a lot of messages from Jewish people that want to know about the games – when they are, how they can come – and a lot of compliments.

The support has been overwhelming ever since the news broke. There have been people reaching out and welcoming me from the Jewish community and Israelis that live there. Everyone wants to know when the games are and where they can buy tickets. 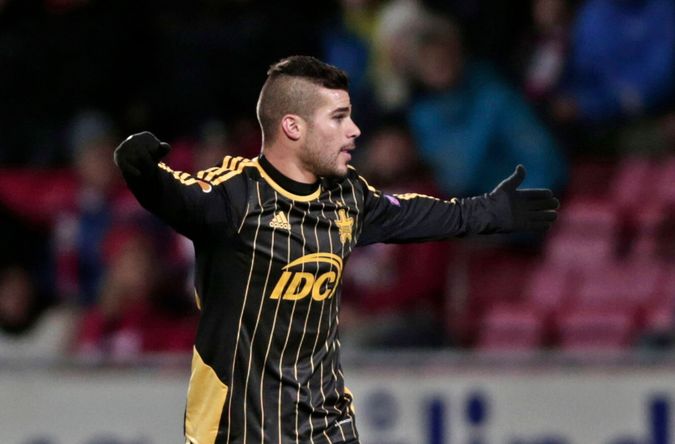 You’re the only Israeli on the Cosmos, and there aren’t any others in the North American Soccer League (The Cosmos’ league) or the MLS. Do you think this move will help pave the way for more Israelis to play in America?

Everywhere I’ve played – in Moldova in the past, and now in the U.S. – I’ve felt like an ambassador for Israel, both on and off the field. I hope that I can do well here, and I hope that that will create a path for other Israelis to come here. And I’m excited about that.

For those looking to catch Moyal in action, the Cosmos play at FC Edmonton on July 15, then host Miami FC on July 29. They play their home games at MCU Park on Coney Island.