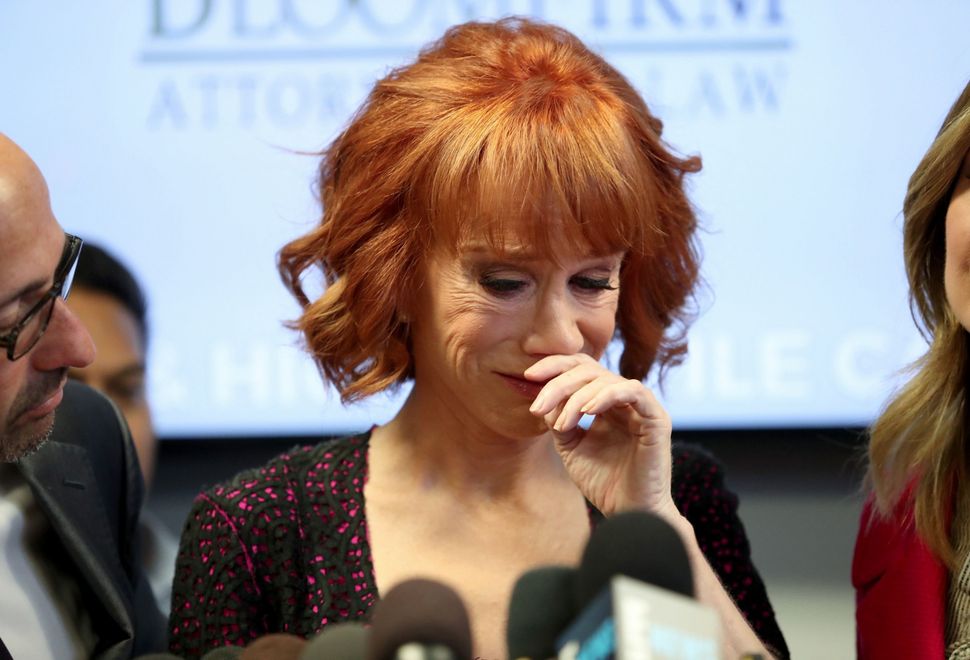 A lot has happened since Kathy Griffin was last in the news. Kim Jong Un has made progress on his intercontinental missile. Jay Z dropped his response to “Lemonade.” Lindsay Lohan announced she’s starting a lifestyle website !!!! (!!!!) !!!!!

So I wouldn’t be surprised if you’ve forgotten all about how, more than a month ago, the comedian mistakenly thought she could flaunt a model of Donald Trump’s severed head on video without consequences.

You know who didn’t forget, though? The Secret Service. According to reports and despite a very public apology, Griffin was questioned for over an hour by secret service agents, who are, I suppose, trying to get to the bottom of her diabolical plan to actually cut off the president’s head? Or something.

Griffin, who officially identifies as not giving “a F anymore,” tweeted out a Think Progress article about TMZ, along with a message of apparent frustration with the ongoing investigation.

Hey, (I don’t give a F anymore) ??but @TMZ & Harvey Levin may u NEVER b under fed investigation like I am now. https://t.co/im27CmAmZS

If only law enforcement paid this much attention to the death threats being lobbed at journalists! Surely several hundred journalists must have the combined value of one Donald Trump — right?