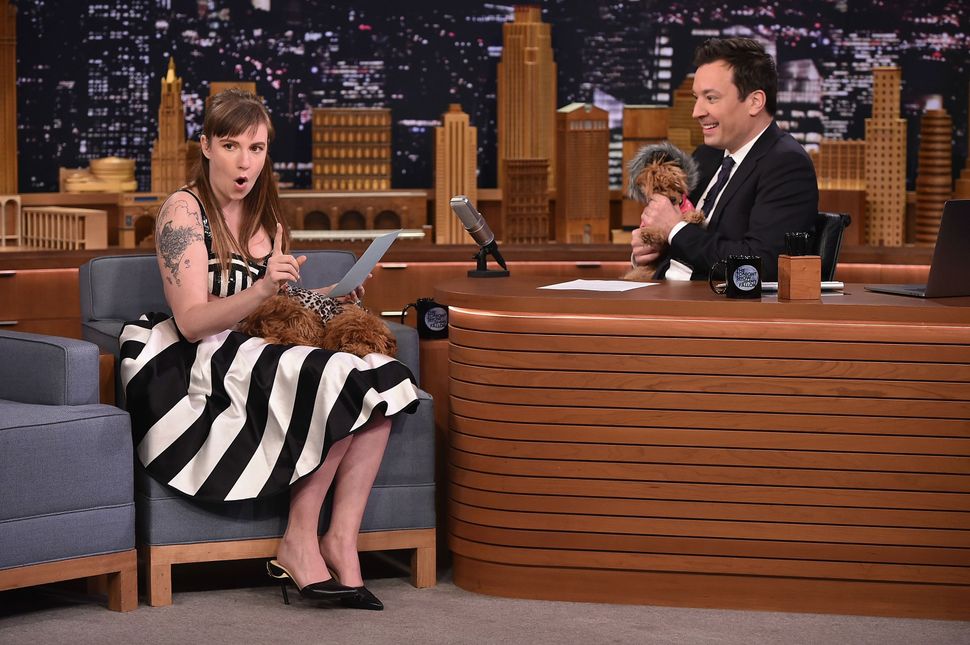 I have a theory that, if one could prove definitively that the ACA repeal would hurt puppies, the Republicans would give up their efforts immediately. There’s no point in trying to pass legislation that hurts dogs — the American people would never stand for it.

Americans care about dogs more than they care about other people, and that’s why the latest news about Lena Dunham’s former rescue dog, Lamby, is so deeply disturbing.

In June, Dunham spoke frankly about her decision to give up her beloved mongrel, Lamby. She attributed the decision to “four years of challenging behavior and aggression that could not be treated with training or medication or consistent loving dog ownership” and called it “heartbreaking.”

But now, because nothing can just be easy in the life of a celeb, a spokesperson for the shelter from whence she adopted the pup is claiming differently.

Robert Vazquez of BARC Shelter in Brooklyn told Yahoo in an email, “When she adopted the dog from us, it wasn’t crazy. I have pictures of the dog loving on Lena and her mom, which is weird if the dog was abused. It wouldn’t be cuddling with her or be in the bed with her ‘boyfriend’ in the pages of Vogue.”

Vazquez also disputed Lena’s claims that Lamby had been raised in an abusive household, saying that the dog’s paperwork states that he had been given up because his previous owner didn’t have enough time.

A classic case of he said-she said, to be sure, but it seems unlikely that Dunham would have lied about having been bitten multiple times by Lamby. The star went so far as to provide graphic proof of her bloody injuries, via an Instagram post that I’ll refrain from sharing here. Is it possible that Dunham simply assumed that Lamby had come from an abusive home because of how often he liked to bite her? After all, dogs don’t hurt people. People who abuse dogs who then hurt people hurt people.

In the end, I suppose what’s important is that Lamby has a safe, loving home and a dependable health insurance plan.