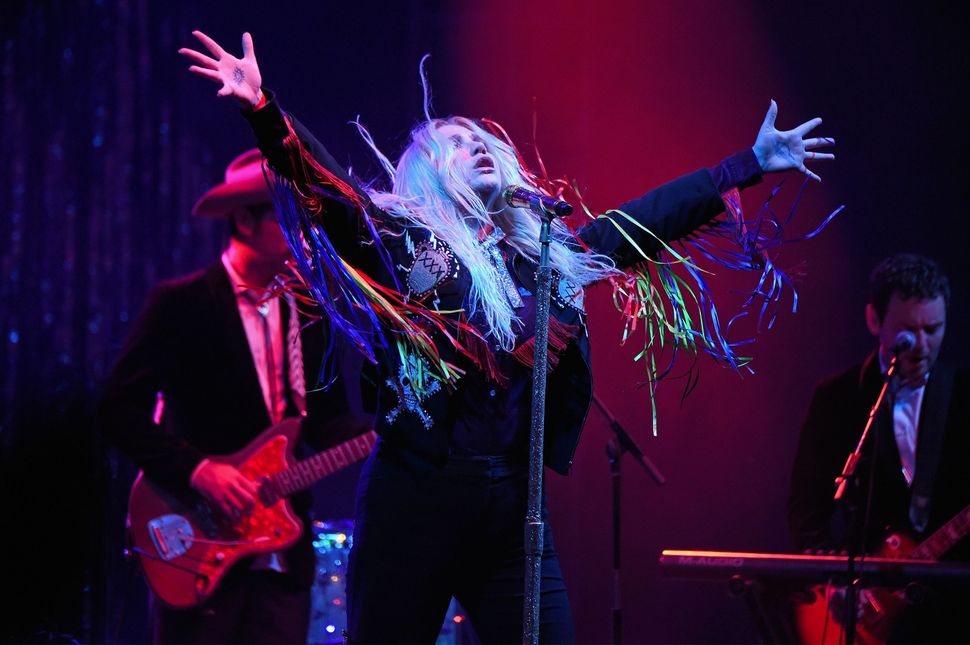 Kesha released her first single in a minute on Thursday and its critical reception is off the charts — and also on the charts, literally. The pop star, who took a forced break from music while dealing with a legal struggle, is finally, and rightfully, back in the spotlight.

So it was just a matter of time before someone asked her to explain, in detail, what it’s like to be on the rejected end of a Jerry Seinfeld hug refusal.

“I felt like I was 5 years old,” Kesha said in an interview with Sirius XM’s Hits. “And I like somehow ended up in my very own mini-episode of ‘Seinfeld’ for like five minutes.

“I should have known better. I’ve seen the hugging episode. That was my fault.”

Kesha said she has seen every episode of “Seinfeld” “a thousand times” and used to pack an entire season’s worth of DVDs in her carry-on luggage for flights.

Maybe, just maybe, Jerry Seinfeld will listen to the interview and grant Kesha the only thing she ever asked of him: a glorious, magical, bone-crushing hug.

But let’s be real — probably not.