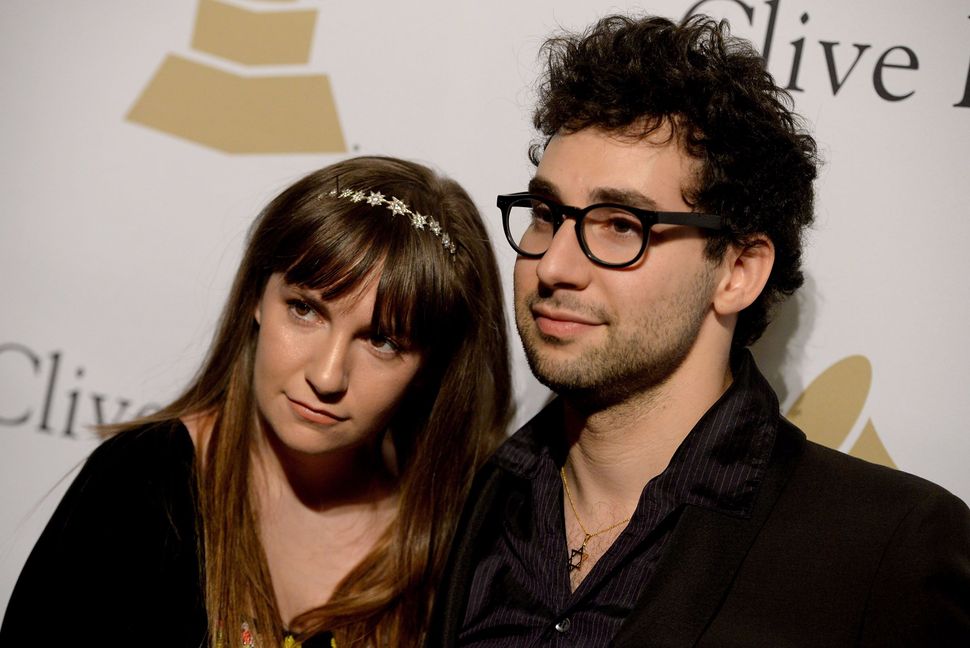 It took Lena Dunham about three seconds to respond to allegations that she lied about her reason for giving up Lamby, the rescue dog she adopted in 2013.

BARC Shelter in Brooklyn, where Dunham adopted Lamby, disputed her statement that the dog came from an abusive home and claimed, instead, that it was actually a very chill dog.

It’s come to my attention that the staff at the shelter where I adopted Lamby have a very different account of his early life and behavioral issues than I do. While I’m sorry to have disappointed them, I can’t apologize. Lamby was and is one of the great loves of my life. When I met him I knew we’d have an amazing journey. But his aggression – which was unpredictable- and his particular issues, which remain myriad, weren’t manageable, at least not by me. I did what I thought the best mother would do, which was to give him a life that provided for his specific needs. He’d been with me for nearly four years and I was his mom- I was in the best position to discern what those needs were. After countless hours of training, endless financial support and a lot of tears he was given access to a better life. I still support him financially and I’ll always be there for him in every way but he’s notably happier in his new surroundings. Why should this story be subject to scrutiny and anger? It is willfully misunderstanding the truth. I hope those judging can imagine the incredible pain of letting go of your favorite creature on EARTH because you know you can’t help them be healthy and happy. I would never say an unkind word about the staff of BARC, what they do is amazing and life saving for these animals- but we have different accounts of Lamby’s behavior and they were not present in my home nor did they live with him for an extended period. They did not witness the consistent and responsible care I provided. I have weathered a lot of micro-scandals but this one hurts MOST, because of the vulnerability of letting people know Lamby and my story, and because I miss him so damn much. This is the painting that greets me every day when I walk into my home. This is the animal who taught me about loving and letting go. I know I’m a lot of fun to place your issues on, but I won’t let anyone hang their hat on this peg. Not this time.

Dunham’s boyfriend, Jack Antonoff, also weighed in on the allegations via Twitter:

shoutout to everyone who has an opinion on this and didn’t live with us the past 4 years!

nobody on earth cares for or loved lamby more than lena. after her bit her father and her twice we found a trainer who deals with aggressive

dogs who he now lives happily with. was a deeply hard decision.

But in the most galling twist of all, Lamby Antonoff himself responded to the controversial accusations via Twitter, calling her former owners “incredibly strong and amazing people.” The tweet has since been deleted, along with all of Lamby’s previous tweets, of which there were many. Luckily, a Schmooze contributor managed to get a screen-grab before the pup’s well wishes disappeared forever. 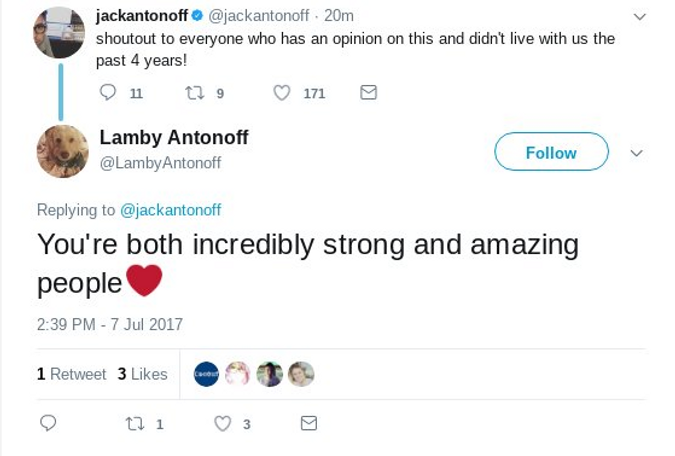 The only tweet left on the pup’s Twitter page is a single retweet from an indignant fan.

This turn of events brings up a lot of questions, like: Why was Lamby’s Twitter account wiped? Is Lamby okay or is this a cry for help? Does Lamby feel bad for all the stress he has brought ‘pon the only two people who have ever truly loved him? On the off chance that the Twitter account is run by a fan and not by Lamby Antonoff himself, who is he or she?

And most importantly, is Lena Dunham a bad feminist for giving her dog Jack Antonoff’s last name???? (Yes.)

Whatever the truth is, Lamby is certainly living up to a dog’s reputation for loyalty.