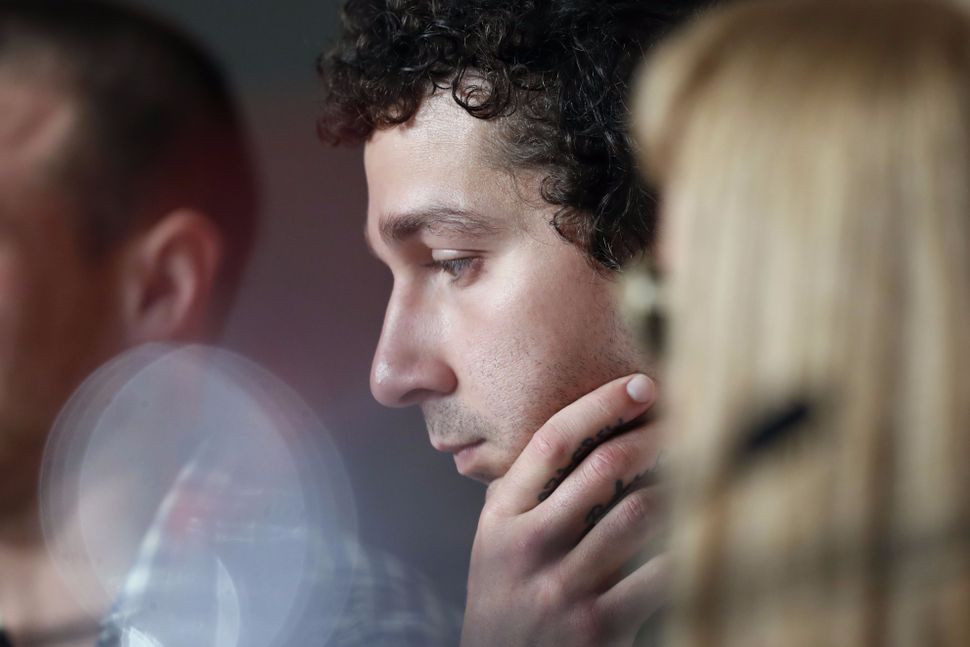 If there’s one thing we learned from the Broadway smash hit “Avenue Q”, it’s that everyone is a little bit racist. And although it can be somewhat embarrassing to be called out for making a racially insensitive statement that comes from a place of ignorance, it’s important to learn! Ultimately, we should be grateful there are people willing to educate us so that we can build an increasingly equal society.

And then there’s Shia LaBeouf.

Shia LaBeouf was called out by the world for the expletive-filled, racist rant that was caught on video during his arrest in Savannah, Georgia Saturday night.

The actor published a tweet Wednesday evening apologizing for his “outright disrespect for authority” (which, if you’ve seen the video, you know is an understatement) and called his racist tirade a “new low.”

LaBeouf pledged to take steps towards securing his sobriety and we wish him nothing but the best in undertaking that endeavor … but he should probably also try to figure out why he felt compelled to tell a police officer that he was going to hell for being black.

Here’s a fun video to get him started!